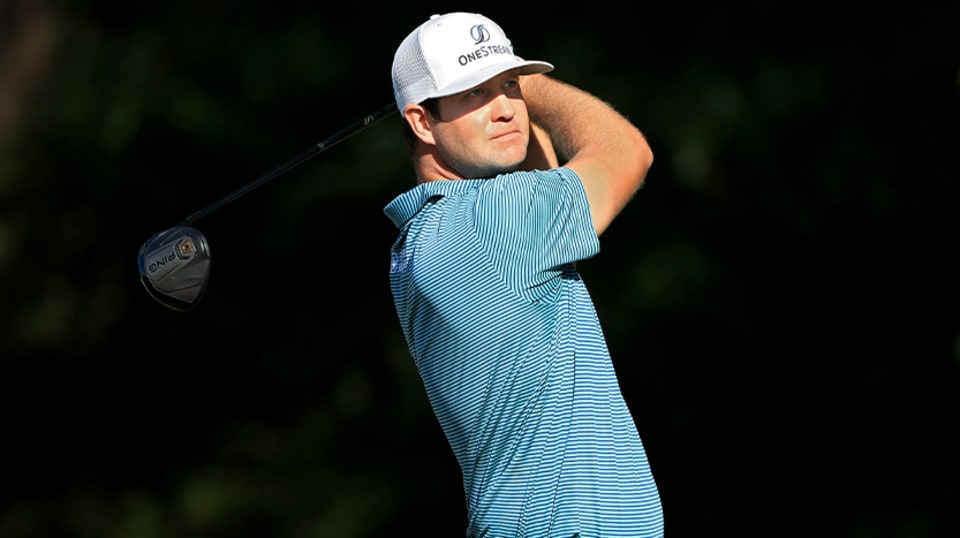 For the first time this season, I faced the classic dilemma in PGA TOUR Fantasy Golf, and if you play long enough, you will, too, if you haven’t already.

Just like THE CJ CUP @ SHADOW CREEK the week before it, the ZOZO CHAMPIONSHIP @ SHERWOOD was a 78-man competition with no cut. So, barring mid-tournament withdrawals and disqualifications, all gamers went eight rounds without any zeroes. Movement in the ranks was projected to be slight during the fortnight, which is why I labeled the Shriners Hospitals for Children Open as a position week.

The difference-makers in each of the last two tournaments were the bonus points awarded the starters in the final round. They receive one-tenth of the FedExCup points earned. This is where philosophy meets long-range strategy.

I’ve never espoused a rule of gaming that would advise you to bite on burning the last start for a golfer if he’s in contention entering the final round, but I tend to lean that way with my own decisions.

Jon Rahm rode my bench during the first three rounds at Sherwood. After opening with respective scores of 68 and 67, he sat T22 and five strokes off Justin Thomas’ 36-hole pace. With only one start remaining on the Spaniard, I figured that my plan to holster it for the Masters would come to fruition, but I couldn’t forget why I rostered him last week in the first place.

Lo and behold, Rahm spun a field-low 63 in the third round to scale to outright second through 54 holes. I already had JT starting in every round, so I had visions of a massive Sunday, but that didn’t deter me from my plan for Rahm.

No matter how well I expect Rahm to play at the Masters (for which there are no shot-level bonuses but where there’s a slight increase in bonus points because it’s a major), he still has to execute. With that in my mind in real time before his final round this past Sunday, he had only one round to play at Sherwood and he had the most momentum. If I play him for the same possibility at the Masters, he’s going to need to submit the same kind of performance that compelled me to roster him in the first place at Sherwood.

So, I went for it, benched Tiger Woods (who finished T72) and Rahm landed in a two-way T2 worth 25 bonus points. The same finish at the Masters would yield 27 bonus points, so the decision paid off. Of all of the majors, the Masters has the easiest cut to survive, so I’m confident that I’ll get four to the weekend at Augusta National. (Famous last words in fantasy; I get it.) Should Rahm prevail and offset the recent gain that no one can take away from me, I’ll tip my visor because that’s the way the ball bounces.

Until then, as referenced in Monday’s Power Rankings, ShotLink is not used at the Bermuda Championship, so fantasy scoring will be down about 8-15 percent overall. Therefore, the focus sharpens to target overall finish regardless of prowess off the tee that might otherwise influence you to build a lineup when ShotLink is plugged in.

Although five events remain in Segment 1, only next week’s Houston Open will be using shot-level scoring. ShotLink is not utilized at the Masters and the Mayakoba Golf Classic, and because the Plantation Course at Sea Island Resort is not lasered for The RSM Classic, shot-level scoring on the Seaside Course will not be used, either. The same setup is adopted for all three multiple-course tournaments on West Coast Swing in Segment 2.

POWER RANKINGS WILD CARD
Henrik Stenson … I fear (or respect, depending on your point of view) that newer fans of the sport won’t appreciate how he’s contributed to league championships over the years because he’s evolved into a social media savant more than a leaderboard lurker. His concluding contribution to the European Tour’s Mannequin Challenge essentially walked off the unofficial competition for his home circuit. Seriously, I didn’t remember another one after that. More relevantly in our world, he’s tailing off fast at 44 years of age, but the theory is that he’d be quicker to reconnect with his former self than others, so you might as well stow him on your bench in PGA TOUR Fantasy Golf for this week at least.

DRAWS
Pat Perez … I’ve been to his well and back with and without taking a sip that I can’t remember where we are with him. He fulfilled the expectations of others on the paspalum at Corales (T21), which piggybacked a T9 at Silverado, itself in the wake of consecutive mid-tournament withdrawals due to a sore right ankle, but he’s 0-for-2 since his last trip to an island. That said, he hasn’t played poorly, only poorly enough not to cash. So, in the construct of the field on Bermuda and with enough on which to rely for something positive, it’s time to refill the bucket.

Cameron Tringale … Among the most successful without a victory in 285 career starts, but he’s been a steady contributor among the rank and file since regaining fully exempt status. Making his Bermuda debut but he’s a great fit from tee to green and he’s rested since a T21 at TPC Summerlin where he ranked T5 in greens in regulation and fourth in Strokes Gained: Putting.

Beau Hossler … He’s not lighting stages on fire but he’s still connected five paydays upon arrival with a top 25 baked in. Also placed T24 here last year while leading the field in both putting and converting scoring chances into par breakers.

Ollie Schniederjans … The Korn Ferry Tour’s best putter is angling hard at a return to the PGA TOUR. In his last 12 starts, he’s recorded five top 10s and a T12 to sit 35th in points. Work him in liberally in DFS.

FADES
Hudson Swafford … As much as it must be respected that he ended his victory drought a month ago at Corales, it’s necessary to revisit the fact that he authored a dynamite performance with his putter … which failed him in two starts since with consecutive 75-71=MCs in Mississippi and Vegas. It’s especially frustrating for full-season owners, but it’s also a reminder why wins are bonuses, not expectations. Continue to assume the position of his baseline, which is to consider continuing to abstain.

Danny Willett … When he recorded the T4 at the Rocket Mortgage Classic in early July, the fear was that it was a one-off. Sho’nuff. Since, he’s just 3-for-8 without a top 30.

Russell Knox … Not so much streaky as consistent over time, his T11 here last year was a reflection of that profile. It’s the opposite phenomenon now despite a T9 at Silverado to open the season because of the months-long slump that has defined his 2020. He’s also 0-for-2 since that surprise performance.

Jhonattan Vegas … Reopened 2020 with three cuts made, but he’s gone just 1-for-7 with a T52 at Silverado since.

Brian Gay … Originally on my short list for the Power Rankings, he was the first to get the axe, and it’s as obvious as to why as it is hard to believe. Placed T3 here last year and T14 two weeks later at Mayakoba, but since is just 4-for-19 without a top 25.

Vaughn Taylor … Now a combined 0-for-7 since the Travelers, the last three shortfalls after sitting out five straight starts with a sore rib.

Andrew Putnam … This will be interesting. In advance of the birth of his first child – a girl in early March of 2019 – he rolled together a number of strong results before struggling immediately before and after Pepper arrived. Now, the 31-year-old is making his first start since the birth of his second child – a boy(!), Paxley, on Oct. 20 – but without a top-35 finish in over nine months. If the Nappy Factor takes hold, he’ll rekindle the kind of form that lifted him inside the top 50 of the Official World Golf Ranking early last year.

RETURNING TO COMPETITION
Shawn Stefani … Presents as an intriguing play in DFS because the Texan has performed very well in the wind multiple times during his career, including a T11 at Port Royal last year. He’s been out a month since calling it quits after one round at Corales with a sore back, but he’s worth the dive, at least fractionally. However, given his conditional status, he’s not a commended long-term own.

Robert Garrigus … Maybe the third time’s the charm. He hasn’t competed since withdrawing during his second round at Corales on Sept. 25 due to heat exhaustion. He had committed to a pair of Korn Ferry Tour events since, but withdrew early from both. Saddled with Past Champions status on the PGA TOUR, he doesn’t have any fantasy value.

NOTABLE WDs
Zac Blair … Just 1-for-4 with a T70 at Corales this season. Also no better than a T35 at Barracuda in his last 15 starts, a stretch that predates the hiatus.

Sebastian Cappelen … Currently 89th in the FedExCup despite only one cut made in three starts because it was a T11 at Corales. As a result, he’s well-positioned to climb in the Reshuffle if the next reorder happened right now.

Martin Trainer … He’s 0-for-4 this season and has gone 13 consecutive starts without a payday.

Chad Campbell … The 46-year-old is 0-for-3 since testing positive for COVID-19 in late June. He’s in his second consecutive season on Past Champion status.