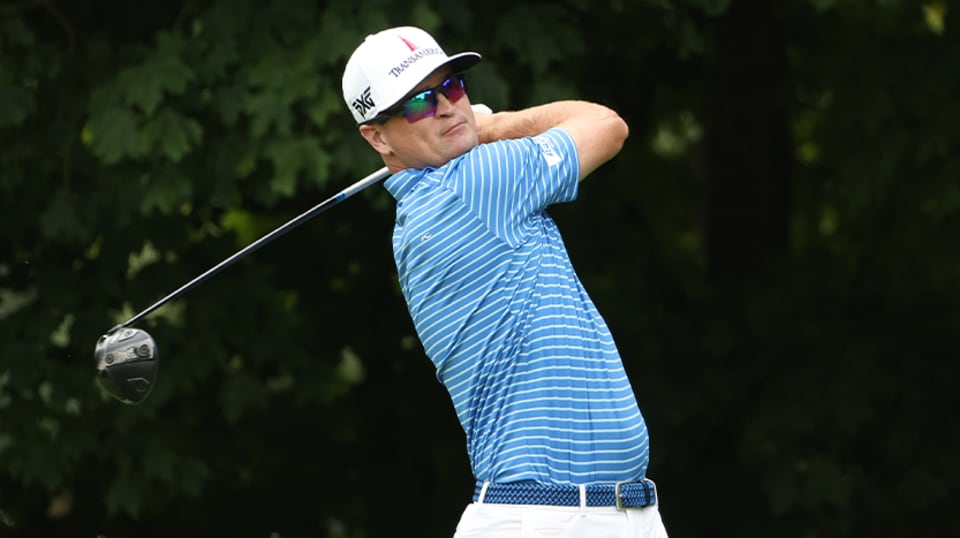 POWER RANKINGS WILD CARD
Zach Johnson … Easily could have slotted in the Power Rankings proper. He logged top 10s in two of his last three starts and finished T14 in his course debut here last year. In full disclosure, I owned him in my season-long private league in 2019-20 and was underwhelmed, so I’m probably not emotionally disconnected yet to buy into the recent surge. I drafted him primarily because he was in the last year of the exemptions for winning the 2015 Open Championship, but only the PGA Championship was held, as you know. Don’t worry, I’m catching up. Sometimes this space for these capsules serves as a confessional.

DRAWS
Tyler McCumber … He’s a proven winner and he’s gone on tears before, so expectations are higher than usual coming off the runner-up finish at Corales. He prevailed three times on PGA TOUR Latinoamérica (Ecuador, Mexico, Peru) and thrice more on the Mackenzie Tour-PGA TOUR Canada, the latter grouping during a four-start stretch in a five-week span in the summer of 2018.

Emiliano Grillo … As long as he continues to putt well enough, he’ll contribute. Just don’t expect frequent leaderboard appearances. Connected on his sixth straight cut made with a T21 at Corales where he was inside the top 10 in both total driving and greens hit. Also ranked fourth in par-5 scoring for the week. Placed T39 in his first look at Country Club of Jackson last year.

Henrik Stenson … He was a classic Wild Card last week and delivered a steady T21. Figuring that it was a proper springboard for the new season, confidence remains high because of who we know him to be and his fit for his debut on the track. Ideal in PGA TOUR Fantasy Golf, although his cachet likely will dull intended sharp angles.

Lucas Glover … While he’s somewhat inside the cone of converging trends what with a T17 at the U.S. Open in his last start and three top 25s among four cuts made at the CC of Jackson, there’s potentially an additional layer of inspiration in the mix this week. His maternal grandmother, Lucille, died last Friday. He named his first born after her.

Anirban Lahiri … Isolated in his homeland of India for an extended period of time due to the pandemic, he was among the contingent who didn’t resume competing until later and for whom the eligibility adjustments are necessary. Now three starts into his return and fresh off a T6 at Corales where he led the field in putts per GIR and par-4 scoring. Finished T45 here last year, so he has course knowledge. Sprinkle shares into your DFS lineups.

FADES
Byeong Hun An … This is relative because he’s so hit and miss. At best, consider him fractionally in DFS and invest aggressively by attaching other risks with a devil-may-care attitude. Course-history buffs are salivating over his third-place finish as a first-timer here last year, but his full-season value still trumps short-term ownership.

Ryan Armour … His breakthrough victory here in 2017 is his only notable performance in five trips, three of which resulted in missed cuts. He’s also just 1-for-7 upon arrival.

Chez Reavie … After an uptick over the summer, he’s regressed into a pattern of inconsistency. Of course, that’s in a vacuum and ignores the restructuring of the seasons, but everyone is in the same boat. Also seeing CC of Jackson for the first time.

Sergio Garcia … The tournament debutant remains in a funk with only one top-30 finish in the U.S. in 16 months and just one payday in his last four starts (T66, Wyndham).

Brandt Snedeker … He dealt with a sore back over the summer, so he’s yet to eliminate the doubt that it’s no longer a problem. In 10 starts post-hiatus, has yet to ignite with six missed cuts and no top 40s.

Matt Jones … After converting on his projection at Corales with a T14, it’s time to leave him alone. He’s 0-for-4 at CC of Jackson.

Henrik Norlander … After a T59 at Sedgefield, he’s gone 0-for-3. During a similar spell last year, he turned in a pair of 74s here and missed the cut.

RETURNING TO COMPETITION
Bronson Burgoon … Now that his second child has been born, he can return to his day job. You’ll find more on him in Sleepers.

Andrew Putnam … Called it quits during his second round of the U.S. Open with a sore back. Going all the way back to the last three starts before the hiatus, he’s just 2-for-12 and without a top-35 finish.

Robert Garrigus … In the field at the Korn Ferry Tour’s Savannah Golf Championship. He had to walk off Corales in the second round last week due to heat exhaustion.

NOTABLE WDs
Louis Oosthuizen … Would have been making his tournament debut, instead it’s a second consecutive week off after finishing third at the U.S. Open.

Bud Cauley … He’s a disappointing omit for two reasons. First, he posted top 15s in two of his last three starts. Second, he was on the short list of attractive non-winners who are boxing out to become the seventh consecutive breakthrough at the Sanderson Farms Championship.

Brian Gay … No matter what happens this season, he made it – the four-time PGA TOUR winner has bridged to the PGA TOUR Champions when he turns 50 in December of 2021, and he didn’t need the eligibility adjustments for this season. He finished 115th in the FedExCup in 2019-20.