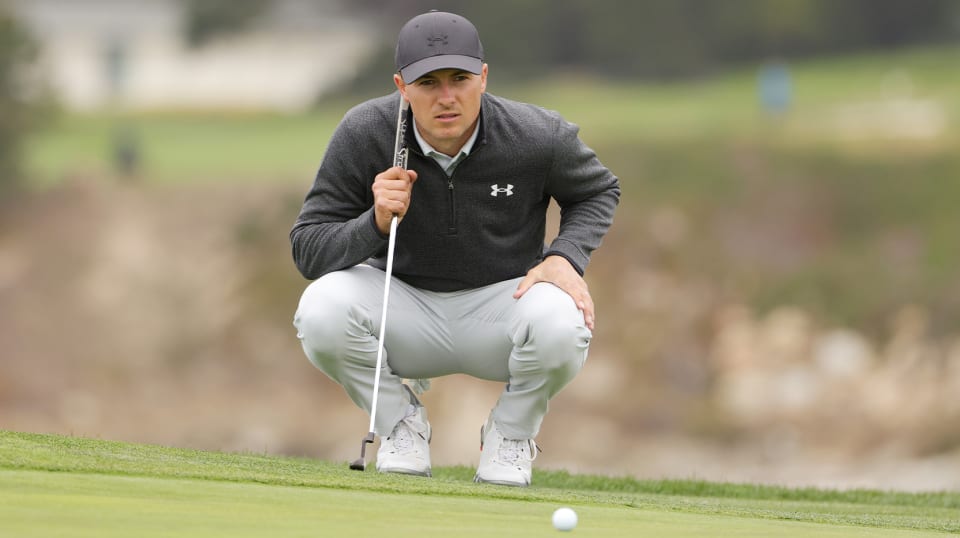 We play ‘em one at a time, but we really don’t.

Arguably for the first time this season, PGA TOUR Fantasy Golf gamers are feeling the pinch of starts remaining for multiple golfers.

The Genesis Invitational is the seventh of nine tournaments in Segment 2. It’s followed by the World Golf Championships-Workday Championship at The Concession and the Arnold Palmer Invitational presented by Mastercard.

When considering the strength of this week’s field at Riviera and how the next two fields will be built, a kneejerk reaction would be to stress wondering how we’re going to manage playing time for what promises to be a trio of six-deep fantasy lineups consisting of nothing but household names. So, it’s time to analyze the process to be as prepared as possible.

Starting with the WGC, there’s no cut and The Concession will be unfamiliar to most of the 72 who compete. This presents as the easiest to dismiss in terms of saving starts. Barring mid-tournament withdrawals, disqualifications and ownership error (e.g. rostering only three or forgetting to swap out a WD or DQ), fantasy scoring will be relatively even before bonus points for overall finish are applied. Even then, only the highest on the leaderboard will impact your experience in a positive way. Plan for a push just to keep pace. Of course, if you’re contending for Segment 2 prizes, then you have a strong opinion in opposition, but most of us are competing for a season-long league championship.

We are further benefited at the Genesis and the API because both feature fields of only 120, and the 36-hole cut remains low 65 and ties. There are any number of advisable combinations of how to pull which levers when, but the top priority remains to avoid zeroes.

Plan on using your bench for haymakers who enter the final rounds at Genesis and/or the WGC in contention, but if you’re forced to burn your last start on, say, Rory McIlroy at Riviera because you got only four into the weekend, do not hesitate. Whatever he scores will be more valuable than the zeroes you absorb if you holstered the start for Bay Hill where he has a phenomenal record. (Yes, there are times when it can make sense to swallow a zero in a final round of a 54-hole event if it means exhausting the final or better-used start on a guy who’s not in contention entering the round.)

This long-range planning will be a terrific exercise for what’s ahead. If you’re pressing now, just wait until Segment 4 when rationing starts over an 11-tournament stretch that includes two majors, a WGC and three FedExCup Playoffs events all the while chasing your league championship arrives. Segment 3 won’t be a picnic, either, what with THE PLAYERS Championship leading off 13 stops, including two majors.

Opposite its literal meaning, Genesis serves as the finish line for two components affecting membership:
• The top 70 at its conclusion automatically qualify for the API in two weeks. Alternates at Bay Hill will be in order of position outside the top 70 if not already eligible through another in-road.
• This is the last event of the second phase impacting the pecking order in the graduate reshuffle category. As of Tuesday afternoon, only five in the category are in the field at Riviera, and only Branden Grace (at 16th) is in a position to climb based on his performance this week. The other four already know that they will slot in some order 1-4 when the results are official. For most in the category, fantasy values are poised to change a little, but for the likes of Chase Seiffert (23rd), Joseph Bramlett (27th) and Brandon Hagy (35th), each will rise enough to improve the chance for additional playing time in the third phase and beyond.

POWER RANKINGS WILD CARD
Jordan Spieth (+3300) … En route to his top-five finishes in the last two weeks, he ranked T8 (WMPO) and third (AT&T) in the all-around. That’s the kind of form needed to generate confidence when facing Riviera, but he didn’t crack the Power Rankings for two reasons. For one, the field is outstandingly deep, so it’s not an indictment on him. The other factor relates to his track record. While he has a pair of top 10s and another two top 25s in eight appearances, he finished outside the top 50 in the last two with poor final rounds. Last week presented a sharper angle to buy in because the field was top-heavy and the courses weren’t as challenging, but the embarrassment of riches on the board this week should keep his value from spiking. Ride the wave.

DRAWS
Bubba Watson … The three-time winner at Riviera (2014, 2016, 2018) has finished inside the top 20 another five times in 14 trips overall, so he warrants serious attention in every format. With a pair of top 10s in the fall and a T22 in his last start at TPC Scottsdale where he closed with 65, there’s still enough in the tank to fuel our interest to invest.

Marc Leishman … The fixture at The Riv has two top fives among four top 20s in 11 consecutive starts. Thankfully, for him and for his long-term investors, he’s turned a corner this season with a T4 (Sony) among three top 20s.

Sergio Garcia … Terrific record at Riviera with three top 10s and another four top 25s among 11 cuts made in 13 appearances, but this endorsement almost entirely is based on his form since he emerged with the victory in Mississippi four-and-a-half months ago. He’s added four top 25s worldwide, including top 15s in his last two in the Middle East.

Viktor Hovland … Still getting the attention of a shiny, new toy, and deservedly so. His luster continues to inspire. Already a top-20 machine, he’s popped for a win (Mayakoba), a T2 (Farmers) and a T3 (DP World) in his last five starts worldwide. He’s a debutant at Riviera, but that’s been a phrase echoed just about everywhere he’s played.

Corey Conners … Perfect fit and playing well, so the fit is a bonus. Done and done.

Will Zalatoris … As strange as it sounds given his rocket-like rise of the past several months, it’s been six years since he made his PGA TOUR debut at Riviera. It’s also his first return trip. Of note this week is that, at the moment he strikes his first tee ball, he officially will become a rookie because it will mark his 10th start of the 2020-21 season and he already achieved and accepted Special Temporary Membership. After struggling on Spyglass Hill (74) and Pebble Beach (75) in the middle rounds last week, he recovered for a 69 in the finale to finish T55. Not that he needed to showcase any grit, it’s a bonus that he didn’t settle. Still, in this field at The Riv, he has the potential of being under-owned coming off that performance.

FADES
Hideki Matsuyama … Because his baseline is higher than most, this is relative. That he couldn’t find his game at TPC Scottsdale (T42) was all the evidence we needed to let him sort things out until he does. Sparkling record at Riviera includes two top fives, a T9 and another two top 25s. Sooo … it’s a formula to play him as a contrarian not unlike previously scuffling Jason Day at Pebble Beach (T7).

Francesco Molinari … One of the area’s newest residents and Riviera’s newest members is back on the regular. After opening 2021 with a pair of top 10s, he finished a forgettable 59th at Pebble Beach. Like Matsuyama, Molinari also presents as a wrinkle at best in fractional play but for a different reason. In six appearances at the Genesis, the better of just two cuts made was a T40 and that was way back in his debut in 2014.

Matt Kuchar … Yet another tweener. With 13 paydays in 14 appearances, including a personal-best T2 at year ago, he’s been a superb fit for the track, but that will be tested since his form is inconsistent upon arrival. He measures nicely on paper, but he hasn’t put four rounds together relative to the scoring in far too long.

Gary Woodland … Missed the cut at TPC Scottsdale to drop to 4-for-8 on the season. Also just 2-for-4 at Riviera with no top 25s, and this is his first look in five years. As much as we want to be confident in his possibilities and no matter his rhetoric to refute it, until he puts four rounds together and consecutive reasonable showings, doubt will remain about how his recent injury has impacted his swing and consistency. The data supports his claim that he’s fine, and as much as he can trust that, it’s still our responsibility not to dismiss the chance that he developed at least one bad habit and doesn’t feel it yet.

Matthew Wolff … Speaking of injuries, it might be too soon to turn the page on his recently sore right hand that led to a mid-tournament withdrawal at Torrey Pines. Even if it was just a precaution after a poor opening round (78), he’s not firing as strongly as so many others in the field. He scored par or better in all four rounds at TPC Scottsdale but settled for a T36, so he’s now gone six consecutive starts without a top-35 finish.

Matt Every … Walked off his second round on Pebble Beach. An explanation wasn’t released. It dropped him to 0-for-10 on the season. He’s committed to this week’s LECOM Suncoast Classic on the Korn Ferry Tour.

Jonas Blixt … He returned from a back injury on the KFT in October, but it’s remained his only live action of the last 18 months. Now, he’s also slated to play in the LECOM Suncoast Classic. Because he has 23 starts on a Major Medical Extension on the PGA TOUR, he presents as a long-range value pick in formats that allow drop-adds. Monitor his progress and don’t hesitate to pounce if he gains traction quickly.

NOTABLE WDs
Daniel Berger … Even before he prevailed at Pebble Beach, he was a curious fit at Riviera. He’s 0-for-2 in The Genesis Invitational, he’s already made four starts in 2021 and the Florida Swing is on deck. So, positioned 10th in the FedExCup, it’s a good time to rest.