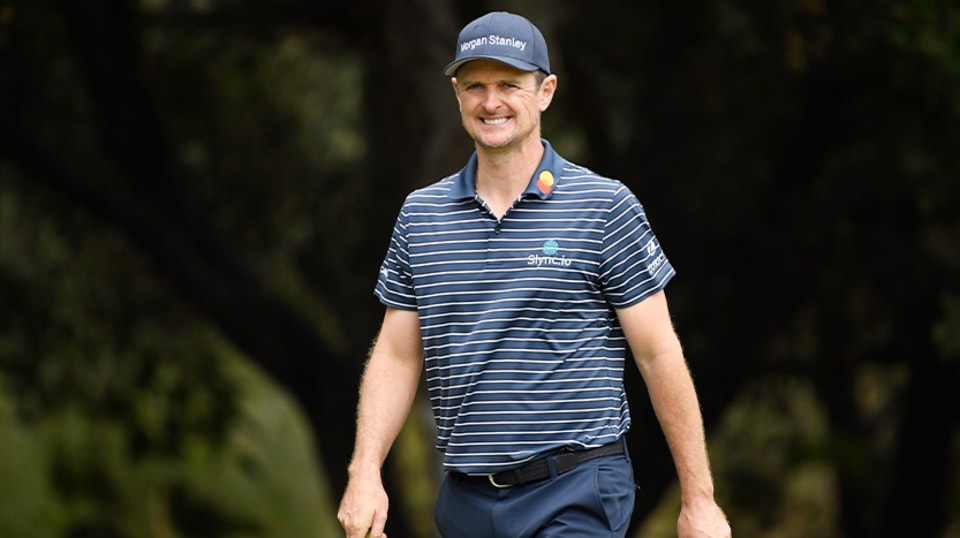 In the last five years, The RSM Classic anchored the fall portion of the wraparound season. That meant that the Fantasy Insider dedicated to it was the last of its kind for the calendar year. However, like so many other traditions in 2020, that one also has been interrupted.

For what I think is the first time in my 11-year tenure, there will be a Fantasy Insider between Thanksgiving Day in the U.S. and Christmas. That’s because, also for the first time, there’s an official PGA TOUR event scheduled in December. The Mayakoba Golf Classic will be contested on Dec. 3-6. So, this column will return in two weeks. The birthdays at the bottom will cover the interim.

Although properly adjusted holiday plans are in full swing, we can’t lose focus of the unique setup of the annual stop at Sea Island Resort. It’s the penultimate stop of Segment 1 in PGA TOUR Fantasy Golf.

Because only the Seaside Course is lasered for ShotLink purposes, shot-level data is turned off in PGA TOUR Fantasy Golf. Only actual scoring and bonus points will measure fantasy performance.

Because scoring is similar enough and since PGA TOUR Fantasy Golf considers only aggregate scores and not scores in relation to par, the strategy is to lean on Seaside as much as you can.

In the first two rounds in 2019, Seaside surrendered 109 sub-70s, 69 of which in the second round. By comparison, Plantation yielded a combined 61 sub-70s the same two rounds.

Because we submit our lineups before tee times are released, they are subject to change after Expert Picks (linked below) is published. Four of the guys I’ve penciled in open on Seaside, so I might be modifying my roster nearer the beginning of the tournament. If I do, you’ll see the changes at the bottom of the My Roster page at FantasyGolf.PGATOUR.com where my picks always appear.

POWER RANKINGS WILD CARD
Justin Rose … Certainly wouldn’t convince you not to invest, but I’m on board only as a curiosity in his debut at Sea Island. The recurring theme is his inconsistency, but its baseline still ain’t too shabby. He’s just not the most valuable chip pound for pound at the moment for DFSers.

DRAWS
Harris English … Now that the 31-year-old officially has blown away the dark cloud overhead, he’s poised to record a personal best at Sea Island where he calls home. A T15 in his debut in 2012 is the target, but it’s one of just four cuts made in eight appearances. Shootouts have that effect on everyone, but the balance throughout his bag is as strong as anyone’s.

Kevin Kisner … His propensity to hit and miss continually proves why I’ve written so much over the years that he’s best utilized in long-term formats, but he’s paid off many times at Sea Island. In addition to the 2015 title, he’s finished T4 twice, T7 and T20.

Shane Lowry … Strong complement to any roster, even as a tournament debutant. The T25 at the Masters was nice and it was his third top 25 worldwide in four starts, but I was more impressed by the T11 at Memorial Park where he was one of just three who signed for a red number after every round. He did it with a strong game on approach, and then repeated the drill at Augusta National.

Brendon Todd … This is a mild endorsement given his success and experience at Sea Island – en route to a solo fourth last year, which was his fifth consecutive payday in the tournament, he led outright after 54 holes – but he’s forfeited golden opportunities recently that weren’t within his reach at this time last year. Bottom line, he needs to improve his irons to regain our confidence.

Henrik Norlander … Should he ever win a PGA TOUR event, the least-surprising site probably would be Sea Island. Of course, he was one of four victimized in a playoff in 2016, but he also finished T5 last year. His tee-to-green game remains taut, so it boils down to finding a rhythm and a groove with the putter. Rely on his comfort level on this property.

FADES
Tyler Duncan … The 31-year-old won’t be rattled as a defending champion, but it’s the first time he’s going through the experience. If there’s any additional time needed to adjust once the tournament starts, he already could be playing catch-up in a tournament with no time for it. It also can’t be overlooked that while he paid off a second-round 61 at Seaside last year, it’s not a fair expectation for him to go that low again. Consider a cut made an admirable follow-up to a coronation. If he finishes inside the top 25, it’ll be just his second such result in full-field competition since.

Lee Westwood … I love that he’s a member again, but this feels like a trap. It has nothing to do with his form and only a whiff of his fit in his first look at Sea Island. Instead, I can’t get passed that he could be looking ahead to capturing the Race to Dubai title. He’s currently fourth in points. It’s a rare opportunity for a 47-year-old for whom an off-week on the PGA TOUR pales in comparison. The RSM field also is deep enough that I’ll stop short of classifying him as a contrarian given his price tag.

Tommy Fleetwood … The RSM first-timer got it around Augusta National well enough for a T19 but he broke 71 just once. He also ranked T37 in greens in regulation and 30th in putting. While I’ve been consistent over time that negative performances in majors can be dismissed due to the experience in general, he finished outside the top 55 in the pair of limited-field events in October after contending twice at home in the U.K.

Jason Day … It can feel a little like chasing shadows. In eight starts since a blistering five-week stretch over the summer, he has a T7 (Houston), no other top 35s, three missed cuts and a mid-tournament withdrawal.

Matt Kuchar … It’s relative, but the 42-year-old local hasn’t been himself since play resumed. He’s managed only one top-30 finish in a full-field event. And while all six of his paydays in eight starts at Sea Island are top 30s, he’s missed the cut in two of his last three tries.

Danny Willett … Sat just two strokes off the 36-hole lead at the Masters, and then scored 3-over on the weekend to finish T25. It was a microcosm of his inconsistency through 2020. Making his RSM debut.

Peter Malnati … Classic situation in which something will give. The 33-year-old has been dynamite in his last three starts, but he’s just 1-for-5 at Sea Island since debuting with a T75/MDF in 2015.

Vaughn Taylor … Cozies up to course-history buffs with a pair of top 10s in the last three editions of the tournament, but he’s struggled throughout the return of golf post-hiatus. Even worse, if he’s feeling better after withdrawing early from five consecutive starts due to an elbow injury, it hasn’t been reflected in his results this season. Just 1-for-5 with a T40 in Bermuda.

RETURNING TO COMPETITION
Joaquin Niemann … After contracting COVID-19, he was the last to withdraw from the Masters just before the commitment deadline the previous Friday. He had been tearing up the fall, so the timing of the diagnosis was as frustrating as it was a disruption. Making his second appearance at Sea Island (T65, 2018). Don’t hesitate in any format.

Harry Higgs … Back at it after quarantining for testing positive for COVID-19 prior to the Vivint Houston Open. He’s traded strong showings with the alternative over the last three months, so not only is he due for another spike, he’s chomping at the bit. Confidence is high in his return to The RSM Classic (T35, 2019).

Rory Sabbatini … Called it quits after one round in Houston. An explanation wasn’t released. The 44-year-old has been a fixture in the trenches his entire career, so we can trust him. He’s 5-for-6 at Sea Island.

NOTABLE WDs
Brian Gay … Also withdrew early from the Vivint Houston Open, so he hasn’t played since emerging victorious at the Bermuda Championship.

Sam Burns … Even though the 2020-21 season is one-fifth complete, it’s still early and the majority of the most challenging courses await in 2021. Yet, he’s pacing the PGA TOUR in total driving and ranks T6 in greens in regulation. He’s also hung up a pair of T7s, one on gettable Silverado and the other at stingy Memorial Park. Suffice it to say that the 24-year-old is coming into his own as he navigates his third consecutive season with a card.

Michael Thompson … It’s always unusual for any golfer to pull out of his local TOUR stop, but it happens. He debuted at Sea Island as a rookie with a solo third in 2011, and has gone on to add three top 20s. He’d have attracted attention among DFSers not only for the track record but also for the fact that he was rested following a T15 in Houston.

Tom Lewis … Finds himself in a slump familiar to a year ago at this time, albeit with one significant difference. He’s no longer subject to the reshuffle, so he won’t be losing ground in the overall pecking order despite a 1-for-5 start with a T43 at the Shriners. Currently 29th in the Race to Dubai standings, he can rest and focus on the conclusion of the European Tour season.

Bill Haas … Tested positive for COVID-19. He was in the field on a sponsor exemption due to his position in the conditional status category. Just 1-for-4 this season with a T35 at the Sanderson Farms Championship.