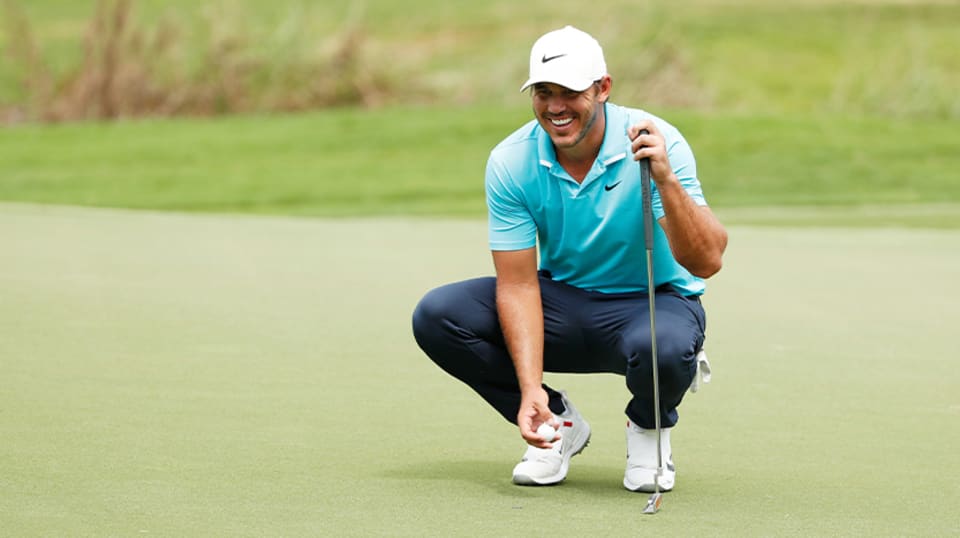 Hold your demand for a recount.

While the exact timing of all repairs to fantasy scoring in PGA TOUR Fantasy Golf is unknown in any given week, please know that adjustments in the wake of the Bermuda Championship will be made (if they haven’t been already by the time you read this). This just happens to be one of those moments in time when the gremlins have hung on longer than expected.

If you weren’t aware of the glitches, it’s possible that your total points in Bermuda and for the entirety of Segment 1 will have changed once the fixes are final. Naturally, it’s also possible that your ranks overall – and in your league(s), if applicable – will be different than from when you reviewed them after receiving the usual notification on Monday. Likewise, our points and ranks in Expert Picks eventually will be updated to reflect the corrections.

The technical difficulties aside, you shouldn’t have experienced any problems as it concerns how many starts you have remaining for any of your golfers used in Bermuda.

Speaking of which, you’re probably feeling the pinch on a couple of guys who make sense to play at this week’s Vivint Houston Open. If you’re down to one for any, consider the value of experience at the Masters in case you’re rostering one of the 36 in the field at Memorial Park who is committed to next week’s major. If he’s relatively new to Augusta National or doesn’t have a good record, you should be empowered (read: encouraged) to burn that start now.

Another advantage in Houston is that it’s the last stop of Segment 1 that will use ShotLink to contribute to PGA TOUR Fantasy Golf. With five par 5s at Memorial Park, bonus points for Driving will help separate us.

This edition of the FI is as topical as ever to alert you that the email address for fantasy has changed since the last time I’ve mentioned it in any space. Should you ever have any issues with anything concerning FantasyGolf.PGATOUR.com, or wish to submit a comment, a complaint or ask a question about the game and/or the pages associated with it, please email [email protected].

POWER RANKINGS WILD CARD
Brooks Koepka … Of course, right? His influence on Tom Doak and the redesign of Memorial Park is documented, but he’s also wildly inconsistent. Part of that has been due to an attitude in non-majors, while another component has been the combination of injuries to his left knee and hip. The attention to all of that has pushed old concerns about a torn ligament in his right ankle and a partially torn tendon in his left wrist off the page. (You don’t remember those maladies, do you?) Assuming he’s healthy and focused, he should be in every Power Rankings, and there’s nothing quantifiable that can dispute either consideration, but his relative value in DFS and the threat of a missed cut in PGA TOUR Fantasy Golf are too high to warrant a sweeping endorsement. Therefore, he’s a contrarian.

DRAWS
Ollie Schniederjans … To say that he fulfilled his projection as a Draw in Bermuda would be understating the obvious. We all know that he’ll be back on the PGA TOUR in due time, but now he’s banked enough non-member FedExCup points (190) to consider a realistic pursuit of the non-member top 125 category in 2021-22 instead of a spot in the Korn Ferry Tour reshuffle. He’ll remain a spot-starter in our world in the meantime, so DFSers are encouraged to make room fractionally in Houston.

Corey Conners … DFS special. The tee-to-green surgeon has rested since a T8 at Sherwood where he was a surprising 14th in Strokes Gained: Putting and T4 in par-5 scoring. (Reminder: Like Memorial Park, Sherwood has five par 5s.)

Scott Piercy … The sharpshooter has connected top 20s for the first time since play resumed. He’s been a top-20 machine for years, so it wouldn’t have been misleading to have made room for him in the Power Rankings.

Alex Noren … He comes as us like a reverse-splits reliever in Major League Baseball. The Swede does his best work around and on greens – I know, shocking considering his heritage – but he’s so good that even an average week tee to green is enough to lift him into contention. With ball-striking the ticket at Memorial Park, and given that he arrives having cashed in eight consecutive starts, six of which for a top 25, he’s poised to make noise.

Brian Harman … His blend of finding fairways and sinking putts has yielded 10 consecutive cuts made, six of which top 30s.

FADES
Brian Gay … A good friend of mine told me that because my Fade for Gay at the Bermuda Championship was, in his word, “tepid,” he played Gay fractionally in DFS. I didn’t specify that the Fade was relative, but the acknowledgment that Gay was on my original short list for the Power Rankings was all he needed to benefit while ignoring everything else I shared. All of that is to say that there’s nothing relative about this week’s Fade. It’s evident that Gay has a love affair for Port Royal – he placed T3 in its debut last year – and that he still has the game to prevail at this level, but sustaining it for more than one week no longer is reasonable. What’s more, he’s facing a deeper field on a longer track in Houston.

Jason Day … If it isn’t already, your cue for when to plug him in is when Ben Everill rosters his fellow countryman in PGA TOUR Fantasy Golf. Ben has twice this season – at the U.S. Open and the Shriners – but Day never got off the bench.

Jordan Spieth … Same old, same old until he presents a reason to reinvest. The value of ball-striking at Memorial Park is too great to roll the dice. This dynamic changes next week where he’ll be able to spray it off the tee (within reason, of course) and lean on his putter and experience on the greens. Stay tuned.

Francesco Molinari … In his heyday, he’d be setting the tone for how to tackle a track like Memorial Park what with the value of ball-striking this week. However, this is just his second start of the last eight months due to a time-consuming relocation to California, and he’s still reconnecting with his land legs. As he celebrates his 38th birthday this Sunday, he threads the rare needle of it being only and already 20 months since his last victory (Bay Hill).

Hudson Swafford … Had just the one good score in Bermuda – an opening-round 67 – and finished T63 due to continued struggles on the greens. Winning never is fluky, but his performance at Corales looks more and more like an anomaly over time.

RETURNING TO COMPETITION
Adam Scott … Back in action since testing positive for COVID-19 ahead of the ZOZO CHAMPIONSHIP @ SHERWOOD. He already hadn’t played a lot in recent weeks, but he’s used to considerable stretches of down time. Given that he makes most cuts and contends enough to make possible continued ownership of his schedule, the 40-year-old Aussie presents as a weapon at Memorial Park.

Henrik Stenson … Called it quits at the turn of his second round in Bermuda with a sore ankle. He alerted his followers on Twitter, but he didn’t cite which ankle was in pain. The Swede was the Wild Card last week (see Recap below), but that result, while fitting, wasn’t the expectation.

Pat Perez … Withdrew at the midpoint of the Bermuda Championship. An explanation hasn’t been released. He posted his 36-hole total of 1-over 143 early on Friday and sat well outside the cut line when he did, but sustained breezes kept scoring inflated enough for the cut to fall right on it. The sub-headline is that, without further detail, we probably can bury the concern over his injured right ankle. Currently 71st in the FedExCup.

Greg Chalmers … The 47-year-old lefty was a late scratch from the Shriners due to a sore neck and he hasn’t competed since. He needs to be 100 percent, or as close to it as possible, because his next start is his last via a Major Medical Extension. To fulfill its terms, he needs no worse than a two-way T2 in Houston. Short of that, a solo fourth would secure conditional status for the remainder of the season.

NOTABLE WDs
Ian Poulter … Opting for rest ahead of the Masters. He’ll make the trip to Augusta National in outstanding form with a T5 in Scotland, a solo fifth at Wentworth and a T12 at Shadow Creek.

K.J. Choi … Remains committed to the Charles Schwab Championship. The 50-year-old who lives outside Houston remains fully exempt on the PGA TOUR via a career earnings exemption, but he doesn’t carry any fantasy value at this level.