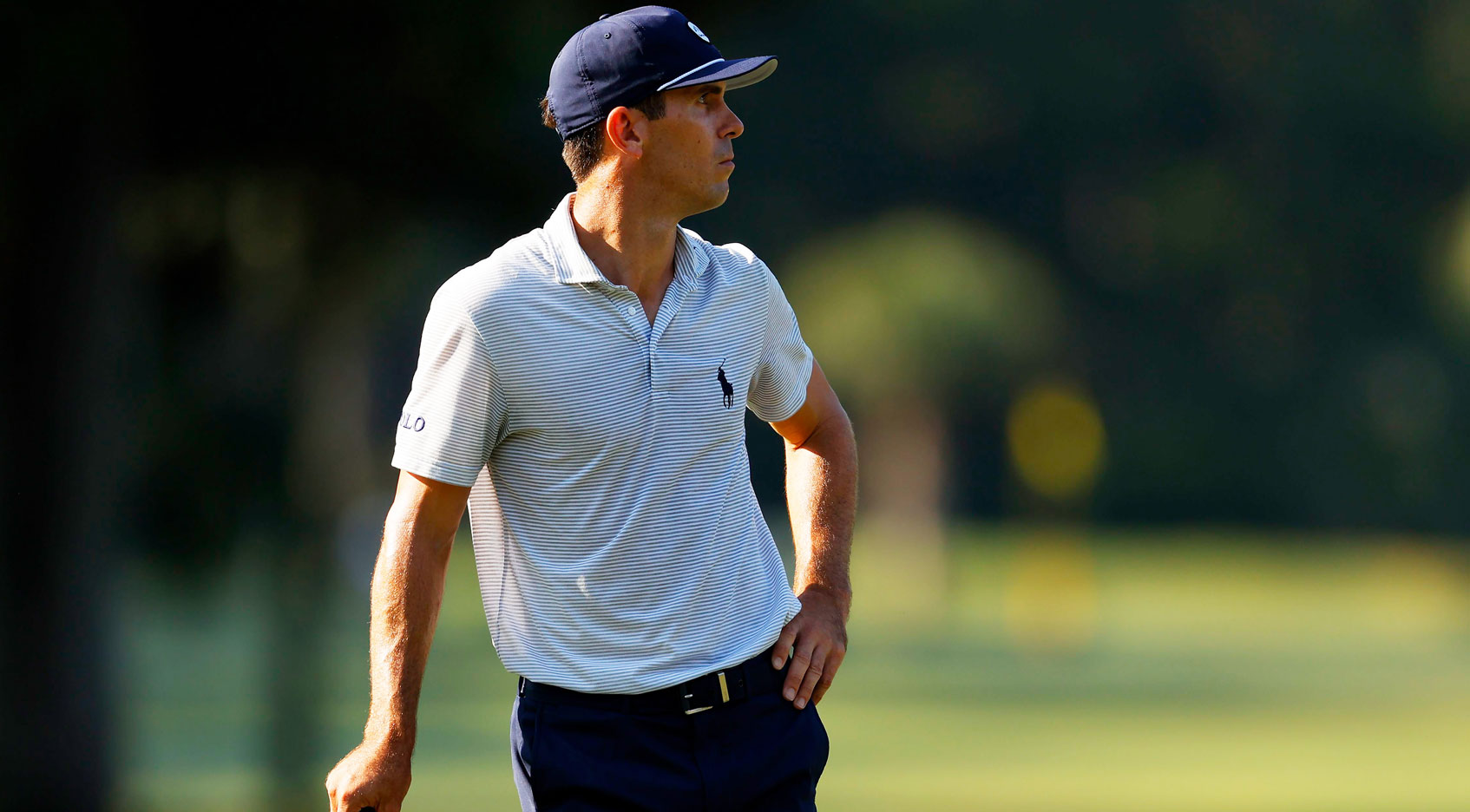 Rickie Fowler … Slides into his spot solely for the purposes of a sharper focus. It’s been a minute since I recall relying on him to contribute and he’s played in only one WGC since the start of the 2018-19 season. Both of his cuts made in five events in the restart went for a top 25. No cut this week is a net-positive in relation to the field for the 31-year-old.

Gary Woodland … Went T5-T22 in the “Dublin-header.” Ideal complement in every format.

Jordan Spieth … Still grinding. En route to a T13 at Memorial (after missing the cut at the Workday), he ranked eighth in Strokes Gained: Tee-to-Green essentially on guile and moxie. Ideal for chasers.

Brooks Koepka … The defending champion can’t silence the doubt that his left knee is a bigger bother than he’d ever concede. Even gamers in pursuit don’t need to consider with buckets of value across the field.

Phil Mickelson … A sparkling record at TPC Southwind couldn’t will him to better than a solo 57th-place finish last year. Despite vintage form at times recently, he’s a trap due to ongoing inconsistency.

Marc Leishman … Finished third here last year and his class is permanent, but he’s gone MC-T58-MC-T40 in the restart. Be careful.

Hideki Matsuyama … This might be a first. Relatively speaking, he’s scuffling. Debuted at TPC Southwind with a T43 last year. Reserved only for chasers in PGA TOUR Fantasy Golf.

Henrik Stenson … First action since THE PLAYERS was canceled. Leaked oil in his first four starts of 2020. Generally speaking, he rarely lets us down and he can pop at any time, but the smart play is to see what he has now, and then consider plugging him in at TPC Harding Park. At 211th in the FedExCup, there’s no point to saving starts on the Swede, anyway.

Matt Wallace … Fresh off a T4 at the Memorial, but he’s yet to perform in the WGCs. No top 25s in six tries. Contrarian special.

Dustin Johnson … At least, let’s hope so. After a pair of 80s at the Memorial, he withdrew following an opening 78 at the 3M Open. A sore back was the culprit. It’s a sudden and stunning turn of events given that he just prevailed at the Travelers. Now we’re faced with the fact that he’s a two-time winner at TPC Southwind, including in its last spin as host of the FedEx St. Jude Classic. PGA TOUR Fantasy gamers are wise to open with him on the bench in case he contends on Sunday. DFSers are keen to invest fractionally in a deep field.

Brandt Snedeker … He was a late scratch before the Memorial due to a sore back. Veteran gamers know that he’s been banged up more than most over the years, but he’s also proven to rebound exceptionally in a short period of time. Still, leave him alone at TPC Southwind as he’s 1-for-4 in the restart. Contrarians don’t mind that this is a home-state start for the native of Nashville.

Jason Kokrak … No word as to why he withdrew after an opening 79 at Memorial, but it’s good news to his investors that he’s ready to give it a go with the promise of 72 holes in Memphis. That said, he’s 0-for-4 since a T3 at Colonial.

Chris Stroud … Withdrew during the second round of the 3M Open. An explanation wasn’t released. Suffice it to say that he’ll miss Montrêux G&CC. It’s the site of his only PGA TOUR victory (2017), which he chased with a T7 and a T15, respectively.

Tyler McCumber … Called it quits at the turn in his opening round at TPC Twin Cities due to an injured leg. After a T20 at the Puerto Rico Open, he’s gone 0-for-7. That includes one start on the Korn Ferry Tour.

David Berganio, Jr. … For all intents and purposes, the last we heard from him, he had withdrawn early from the 2019 Rocket Mortgage Classic because of travel complications. That opened the door for Nate Lashley to gain entry as the last man in the field. Of course, Lashley went on to win for the first time on the PGA TOUR. Now 51 years of age, DBJ is making the penultimate start via a medical extension dating back to time missed in 2009. For a long time, he believed to have a back injury, but it was a hip injury that went misdiagnosed.

Tiger Woods … Finished T40 at the Memorial in his only live action of the restart. Committed to returning at the PGA Championship.

Justin Rose … No stranger to sitting out a WGC now and then. Another week off in advance of a flurry of intense competition caters to the less-is-more approach.

Adam Scott … No surprise. He made it known weeks ago that he was going to slow-play his return to the U.S. Planning to be back at the PGA Championship.

Francesco Molinari … Relocating to California. It’s convenient timing ahead of his return at the PGA Championship in San Francisco.

Lee Westwood … Telegraphed his concern to travel months ago but didn’t officially withdraw until Sunday. He’s also taking a pass on next week’s PGA Championship.

Shugo Imahira … No doubt personally disappointing to take a pass on this week’s WGC and next week’s PGA Championship. The Order of Merit leader in the last two seasons on the Japan Golf Tour vowed to improve on his 0-for-4 in the majors in 2019.

Sebastián Muñoz … Poised for his PGA Championship debut next week, but he’s struggled since play resumed. Just 2-for-6 with one top 45 in the restart.

Cameron Tringale … Gained entry into the PGA Championship on Monday.

Harry Higgs … The rookie has nothing about which to complain despite a cool restart. He’s 62nd in the FedExCup and will be taking his first week off since the hiatus. It’ll stretch into a fortnight because he fell short of qualifying for the PGA Championship.

Brice Garnett … The compressed schedule benefits the absence of a leaderboard appearance. Overall, he’s 9-for-17 with five top 25s and 102nd in the FedExCup. He’s one of 10 without a top-10 finish and inside the top 125 in points.