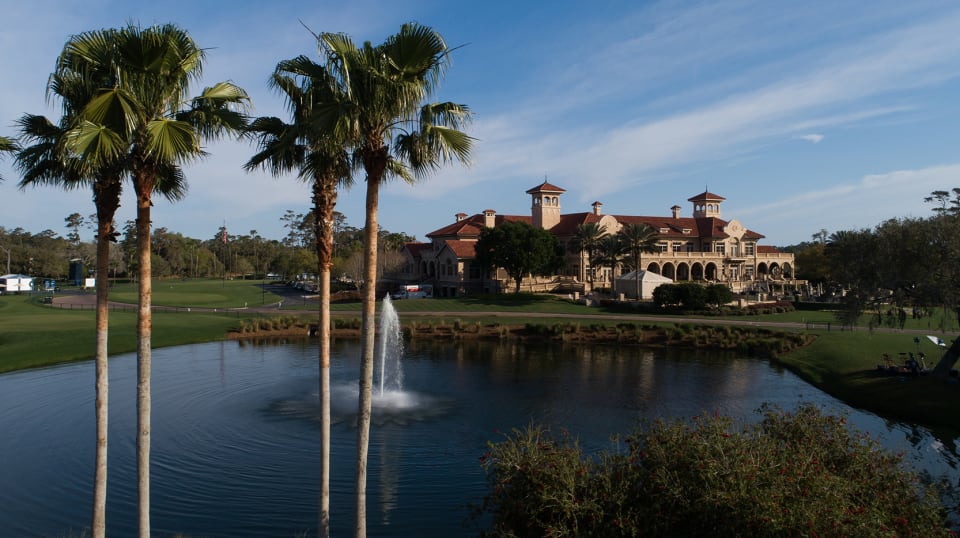 OK. I got the message. Enough already.

After persistently (but playfully) revisiting how fantasy never had a vote when the wraparound season was introduced seven years ago, 2020 showed up and told me to shut it.

For the first time in my 11-year tenure as the Fantasy Insider, I didn’t compile a full-membership fantasy ranking for the 2020-21 season. I’m never one to make excuses, but it’s not wrong to cite, what else, the pandemic as the cause.

When the 2019-20 season was reorganized during the hiatus, the FedExCup Playoffs was shifted forward one week and the Korn Ferry Tour Finals was eliminated. For good measure, the TOUR Championship was transitioned to a Friday-thru-Labor Day event, thus leaving only two – TWO!! – days in between seasons. Sigh.

Still, with so many draft leaguers making the effort to thread the narrowest needle in history to start anew with the Safeway Open, or at least having customized their seasons to extend into the fall, it’s necessary to do work.

If you’ve read my annual ranking at least once before, you’re familiar with the detailed opening. This is that minus the ranking. It’s assembled as a guide to which you can refer over time. It’s evergreen for the season. Bookmark it and share with your commissioner.

To ease how you utilize the information on this page, it’s organized into two sections, one for the schedule of tournaments and how many have been impacted and modified, the other for the golfers and what they are facing.

On Sept. 2, the 50-event schedule was released. There are no new tournaments, but it includes six majors, two each of the U.S. Open and the Masters. All official events contribute to the FedExCup standings. Many experienced significant changes worth noting.

• In addition to both U.S. Opens, the PGA Championship and The Open Championship that are played at different courses every year, six tournaments will be contested at a new site or on a track that didn’t host in 2019-20. They are THE CJ CUP @ SHADOW CREEK (in Las Vegas; Oct. 15-18), the ZOZO CHAMPIONSHIP @ SHERWOOD (in Thousand Oaks, California; Oct. 22-25), the Houston Open at Memorial Park Golf Course (in Houston; Nov. 5-8), the AT&T Byron Nelson at TPC Craig Ranch (in McKinney, Texas; May 13-16), THE NORTHERN TRUST at Liberty National Golf Club (in Jersey City, New Jersey; Aug. 19-22) and the BMW Championship at Caves Valley Golf Club (in Owings Mills, Maryland; Aug. 26-29).

• The 2020 Corales Puntacana Resort & Club Championship (Sept. 24-27) and the Bermuda Championship (Oct. 29-Nov. 1) will be stand-alone tournaments awarding the full allocation of FedExCup points, both for the first time. This is because the Ryder Cup and the World Golf Championships-HSBC Champions were canceled in their respective dates opposite both of two of the newest events on the PGA TOUR.

• The Genesis Invitational (Feb. 18-21), the Arnold Palmer Invitational presented by Mastercard (March 4-7) and the Memorial Tournament presented by Nationwide (June 3-6) are transitioning into the same FedExCup points structure used by the WGCs. The winners of those tournament will receive 550 points.

• Qualification into The Genesis Invitational (Feb. 18-21), THE PLAYERS Championship (March 11-14) and the RBC Heritage (April 15-18) will include the top 125 in the FedExCup standings from the beginning of the 2019-20 season through the tournament(s) completed two weeks before each respective invitational. Points earned in the 2020 Playoffs will be included and translated to the scale of a WGC instead of the tripled value that applied during the Playoffs.

• All of the golfers who qualified for the 2020 TOUR Championship (i.e. top 30 in the 2019-20 FedExCup standings) are exempt into the 2021 Sentry Tournament of Champions (January 7-10). This is expected to apply only this season.

• In reaction to special exemptions for 10 Korn Ferry Tour players (noted below in the MEMBERSHIP section), the Puerto Rico Open (Feb. 25-28), the Corales Puntacana Resort & Club Championship (March 25-28), the Barbasol Championship (July 15-18) and the Barracuda Championship (Aug. 5-8) will expand to 132 golfers each.

• Open qualifiers will return to sending four golfers into the fields of their tournaments proper. The Waste Management Phoenix Open (Feb. 4-7) still will reserve space for only three, which is customary because its field if only 132 deep.

• FedExCup points during the first two events of the 2021 Playoffs again will be quadrupled.

As you’ve read repeatedly and heard echoing for months now, there is no turnover in membership, so draft leaguers are revisiting the same pools of talent that demanded our attention a year ago at this time. However, there’s hardly a shortage of critical details that you need to have to build a team to contend for your league championship.

• If you’re in need of how 2020-21 membership is segregated, refer to the Priority Ranking. It’ll get you off the ground with some value based on position in the overall pecking order.

• Winners exemptions are extended by one season because 2019-20 and 2020-21 are treated as one season. As an example, Collin Morikawa earned the maximum five-year exemption when he won the 2020 PGA Championship. Under normal circumstances, he’d be fully exempt through 2024-25 by virtue of that victory, but because of the adjustment to consider the two affected seasons as one, he is fully exempt through 2025-26. Similarly, when Brendon Todd won the Mayakoba Golf Classic last fall, he extended what was a two-year extension for winning the Bermuda Championship (two weeks prior) by one year. Traditionally, the pair of victories would have exempt him through 2022-23, but he is fully exempt through 2023-24 because of the adjustment.

• Because there are no Korn Ferry Tour graduates, the category reserved for them now is a combination of golfers who were fully exempt in 2019-20 but didn’t qualify for the 2020 FedExCup Playoffs and do not qualify for higher status in 2020-21. They will reorder periodically throughout the season. FedExCup ranking in 2019-20 determined the opening order.

• Golfers who were conditionally exempt in 2019-20 and do not qualify for higher status remain in the 126-150 category regardless of ranking last season.

• Qualifiers into all majors, THE PLAYERS Championship and the World Golf Championships will be a constantly evolving project over time. As the 2020-21 season begins, the eligibility criteria for the Masters, the U.S. Open and The Open Championship is unfinished.

• After the recipient of the Arnold Palmer Award for the best rookie of the 2019-20 season is determined, the PGA TOUR will let this season develop before deciding if the award will be distributed in 2021. Even if there isn’t a winner, follow the Rookie Ranking for updates on non-members who are encroaching on Special Temporary Membership [STM] and angling at qualifying as a rookie during the season. Rafael Campos opens 2020-21 as the only rookie because he made only nine starts last season (due to an injured left elbow).

• Speaking of STM, this season’s target remains 288.035 FedExCup points. It’s what Martin Kaymer totaled ranking 150th in 2018-19. If you’re still confused about STM or need a lesson about how it works and why it’s important, read the opening of my Fantasy Insider for the 2020 Wyndham Championship. Like this guide, that was written to age well.

• After achieving STM (and rookie eligibility) in 2019-20, Will Gordon and Erik van Rooyen are fully exempt members of the PGA TOUR this season.

• As a way to reward the best performers early in what became the combined 2020-21 Korn Ferry Tour season, the top 10 in points through the KFT Championship presented by United Leasing & Finance (Aug. 27-30, 2020) will receive special status in the four additional events during the 2021 portion of the PGA TOUR schedule. They are the Puerto Rico Open (Feb. 25-28), the Corales Puntacana Resort & Club Championship (March 25-28), the Barbasol Championship (July 15-18) and the Barracuda Championship (Aug. 5-8). Commitments to all are optional. None of the 10 golfers are current PGA TOUR members, and each will remain a non-member unless he wins a PGA TOUR event or prevails three times on the KFT during its 2020-21 season. In order of position, the golfers are Will Zalatoris, Davis Riley, Lee Hodges, Taylor Pendrith, Brandon Wu, Greyson Sigg, David Lipsky, Mito Pereira, Paul Barjon and Stephan Jaeger. None of the four starts will count against the allotment of seven sponsor exemptions afforded all non-members, but all 10 will be subject to the maximum of 12 starts just like all other non-members.

• The Ryder Cup was rescheduled for Sept. 24-26, 2021. It’s possible that at least one European may be persuaded to play more on the European Tour the nearer we get to the team event, and perhaps even during the FedExCup Playoffs, but this should influence only those who play PGA TOUR Fantasy Golf in real time.

PGATOUR.COM’s game returns for the full season. From the Safeway Open (Sept. 10-13) through the TOUR Championship (Sept. 2-5), 45 tournaments will be divided into four Segments consisting of 12, nine, 13 and 11, respectively. Bonus points valued at one-tenth the FedExCup points earned by starters in final rounds are returning. This includes during the Playoffs when points are quadrupled.

Essentially, nothing is changing to the construct and gameplay, but with the most expansive PGA TOUR season since 1975, rationing three starts per golfer per Segment will be as exacting a challenge as we’ve experienced in recent memory.

As always, I’m here to help, so reach out anytime via Twitter (public and private) or in any of the discussion threads beneath my contributions.

Have fun, listen and learn, and remain fluid!