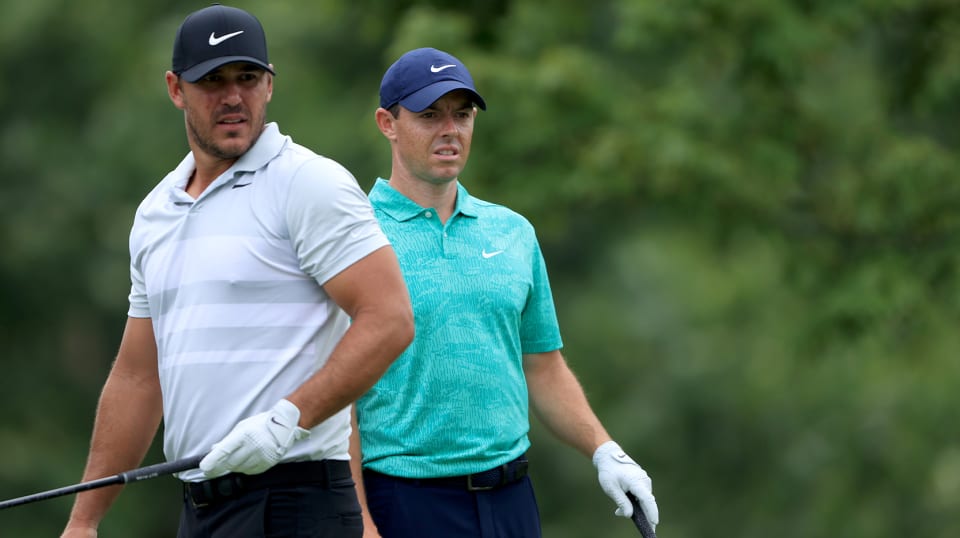 Marc Leishman is rounding back into form just in time for his title defense at the Farmers Insurance Open, but he’ll be playing with two others who have enjoyed uncommon success at Torrey Pines: Jon Rahm and Jason Day.

PGA TOUR LIVE’s streaming broadcast from Torrey will begin at 12 p.m. ET on Thursday and Friday.

Related: Tee times | The First Look, How to Watch

The Featured Groups will include stars like Farmers ambassador Rickie Fowler, Brooks Koepka, Rory McIlroy and Xander Schauffele, plus former Farmers winners Jason Day (twice), Phil Mickelson (twice), Jon Rahm, Bubba Watson and Leishman. They will be competing at Torrey North (one round) and the tougher Torrey South (three, for those who make the cut).

The Featured Groups, which will tee off at 1:30 and 1:40 p.m. ET each day at Torrey Pines, are listed below. To prepare you for PGA TOUR LIVE’s coverage, our roundtable of writers convened to answer a burning question around each group. Enjoy.

CAMERON MORFIT: I’ll go straight chalk and pick Rahm. He’s not only the highest ranked player in this power group, but he also has the lowest scoring average (69.31) of the three at the Farmers. A win, a runner-up and a T5 in just four starts? Not too shabby.

SEAN MARTIN: I’ll be curious to hear what Rahm has to say about the injury that forced him out of The American Express. Leishman has turned things around just in time for his title defense, coming off a T4 at the Sony Open in Hawaii and 13th-place finish at Augusta National. He has five top-10s in 12 starts at Torrey Pines, including last year’s win and two runners-up.

BEN EVERILL: I’ll have to check with our stats gurus, but I wonder if the same three players have played in the same group in all four rounds while comprising the final group in the final round. It might sound completely implausible, but I would not be surprised to see all three there when the whips are cracking on Sunday. Day is the mystery – how will he go with his new mixed bag of clubs and altered swing under Chris Como? He has a happy hunting ground to test it all out at least. Leishman is a great chance to go back-to-back.

– It’s been more than a year since McIlroy, making his 2021 debut, won on TOUR. Koepka is coming off an injury-riddled 2020 and didn’t win, either, and nor did Wolff. Which player is most overdue for a bounce-back?

MORFIT: McIlroy looked good in Abu Dhabi last week and has a T3 and T5 in his only two Farmers starts. On the other hand, Koepka hasn’t played the Farmers since missing the cut in ’17, and Wolff opened with a 76 last year on the way to a T21. I’ll take Rory.

MARTIN: After what we saw last week in Abu Dhabi – where he was lapped by Tyrrell Hatton in the final round — it’s definitely Rory. Brooks was injured. Wolff is still just 21 and he had his chances, including in a couple majors. They have their reasons why they weren’t in the winner’s circle. Rory’s drought is inexplicable.

EVERILL: I have to tack on with the other guys here. Rory McIlroy is capable of winning every tournament he plays, and last week’s form is important. Koepka and Wolff will be better for the run in the desert last week also – particularly Wolff who was rattled by an unfortunate Rules incident.

– Fowler is still waiting to see the full fruits of his most recent swing change, while his friend, Watson, has famously never had a lesson. When it comes to knowing about the swing, are you a knowledge-seeker or an ignorance-is-bliss guy?

MORFIT: I’m with Watson on this one; the less I’m thinking about mechanics, the better I play. And on those occasions where I tried to fix my swing to be more technically sound, it never really worked. Of course, I’m not extravagantly talented like these guys, either.

MARTIN: I’m in the worst possible place, right in the middle of those two extremes. I’ll see something on TV, check out how it looks in front of my bathroom mirror and then commit to the change without ever hitting a ball. By the time I make it out to the range, I’m in the middle of an overhaul on par with Tiger’s transition from Harmon to Haney.

EVERILL: Those who know me know the swing I turned up with when working on the PGA TOUR was as homemade as Watson’s just not on the same planet in terms of skill. After much friendly ribbing from Australian players, I was sent to be fixed and was on my way before having children cut into my time. So now, it’s a combo of both, and I would NEVER win a pretty swing contest. It does however win a bit of match play cash. Funnily enough I recently introduced a Bubba taught deliberate slice into my repertoire as my grip only usually allows for right to left ball flight.

– Schauffele and Mickelson are both San Diego guys, while Spieth is a former world No. 1, but this group has struggled here of late. Schauffele has missed the cut in four of five starts, two-time Farmers champion Mickelson (2000-01) hasn’t seen the weekend in three of his last five, and Spieth’s best in five tries is T19. Who is most overdue at Torrey Pines?

MORFIT: Mickelson never warmed to the redesigned Torrey South, and Spieth isn’t his best on poa annua greens. The fluke is Schauffele. There’s no reason why his record should be so poor, except that it’s his hometown tournament. Maybe he needs to want it less? No way he doesn’t start to improve.

MARTIN: I think it has to be Xander, who seems to have a knack for playing well anywhere. Since the start of last season, he has 21 top-25s in his 23 starts. But his best finish in five trips to Torrey Pines is T25. Shrug emoji.

EVERILL: I wish Xander was Australian. There. I said it. Schauffele is one of my favorites on TOUR because he is gritty and fights for everything. He loves punching above his weight class. His record at Torrey is nothing other than trying too hard like Cameron suggests. If he can relax into the week, he can win. It happens a lot on TOUR. We haven’t had a local win THE PLAYERS in ages, Jason Day struggles at Memorial. Some guys just feel the home pressure a little too much. Phil can’t keep it straight enough here, sadly, and Jordan is on the improve, but not sure Torrey is where we will see the fruit.