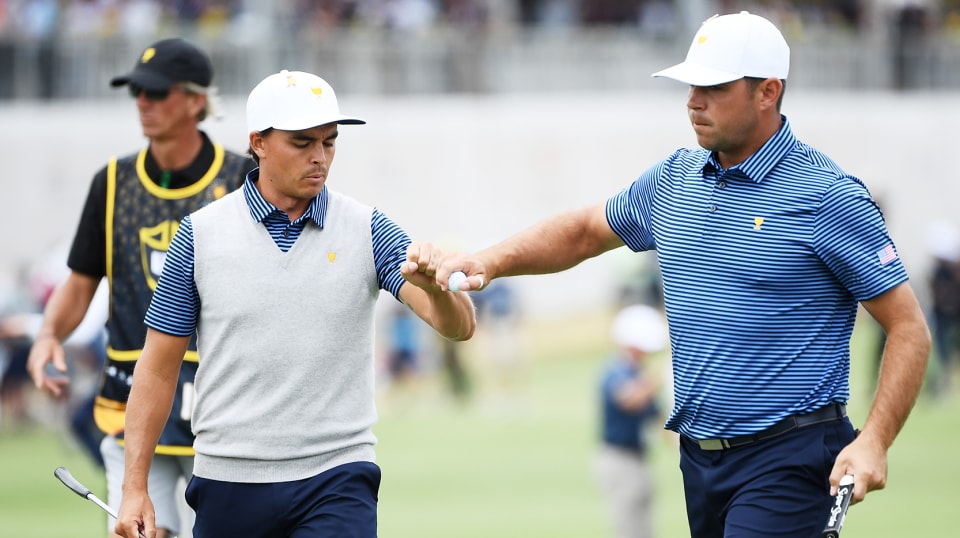 The last FedExCup event of 2020 is here as PGA TOUR stars have taken over the beautiful Riviera Maya area of Mexico at El Camaleon Golf Club.

Brendon Todd is the defending champ, but to win it all again he will need to take down quite a few big names including Justin Thomas and Brooks Koepka and a raft of Latin American players – spearheaded by Mexico’s Abraham Ancer and Carlos Ortiz – who want to triumph close to home.

Here’s a closer look at the Featured Groups.

Gary Woodland, Rickie Fowler, Abraham Ancer
• Woodland, a former U.S. Open champion, was runner up at Mayakoba in the 2016-17 season.
• Fowler has been making Mayakoba a stop in recent years and was runner up in the 2017-18 edition.
• Ancer, fresh off finding his way into the final group on Sunday at the Masters, returns to the place he’s had two top 10s in his last three tries and desperately would like to break his win drought at home.

Justin Thomas, Viktor Hovland, Joaquin Niemann
•Thomas is riding a T2-T8-T12-T2-4th run of results as he returns to Mayakoba for the first time in five years. The former FedExCup champ looks to cement his place in the top-10 before the break.
• Hovland is a former U.S. Amateur champion looking for a second TOUR win. Already three top 15s this season and eight top 20s since June.
• Niemann made his return from a COVID-19 positive at the RSM Classic for a solid T44. Prior he had four top 25s to open this season, including a sixth at THE CJ CUP @ SHADOW CREEK.

Sebastian Munoz, Corey Conners, Tony Finau
• Munoz looks to bounce back from his first missed cut in 11 starts. Prior the one-time TOUR winner had three straight top 20s
• Canadian Conners has top-10s in his last two starts and has been threatening to grab a second TOUR title for some time. Will only take a half decent putting performance to be right up there.
• Finau has six top-11s since July and has shown flashes at Mayakoba in the past with two top-20s. Can this be the place for a long-awaited second win?

Brooks Koepka, Brendon Todd, Carlos Ortiz
• Multiple major winner Koepka appears to be building back towards his best after some injury issues. Was T5 at the Vivint Houston Open and T7 at the Masters in his last starts.
• Todd, the defending champion, dominated the fall a year ago. Now faces his last chance to get off to a similar hot start.
• Ortiz was runner up at El Camaleon last season and now comes off his recent breakthrough win at the Vivint Houston Open. Primed to be the first Mexican winner in this home event.