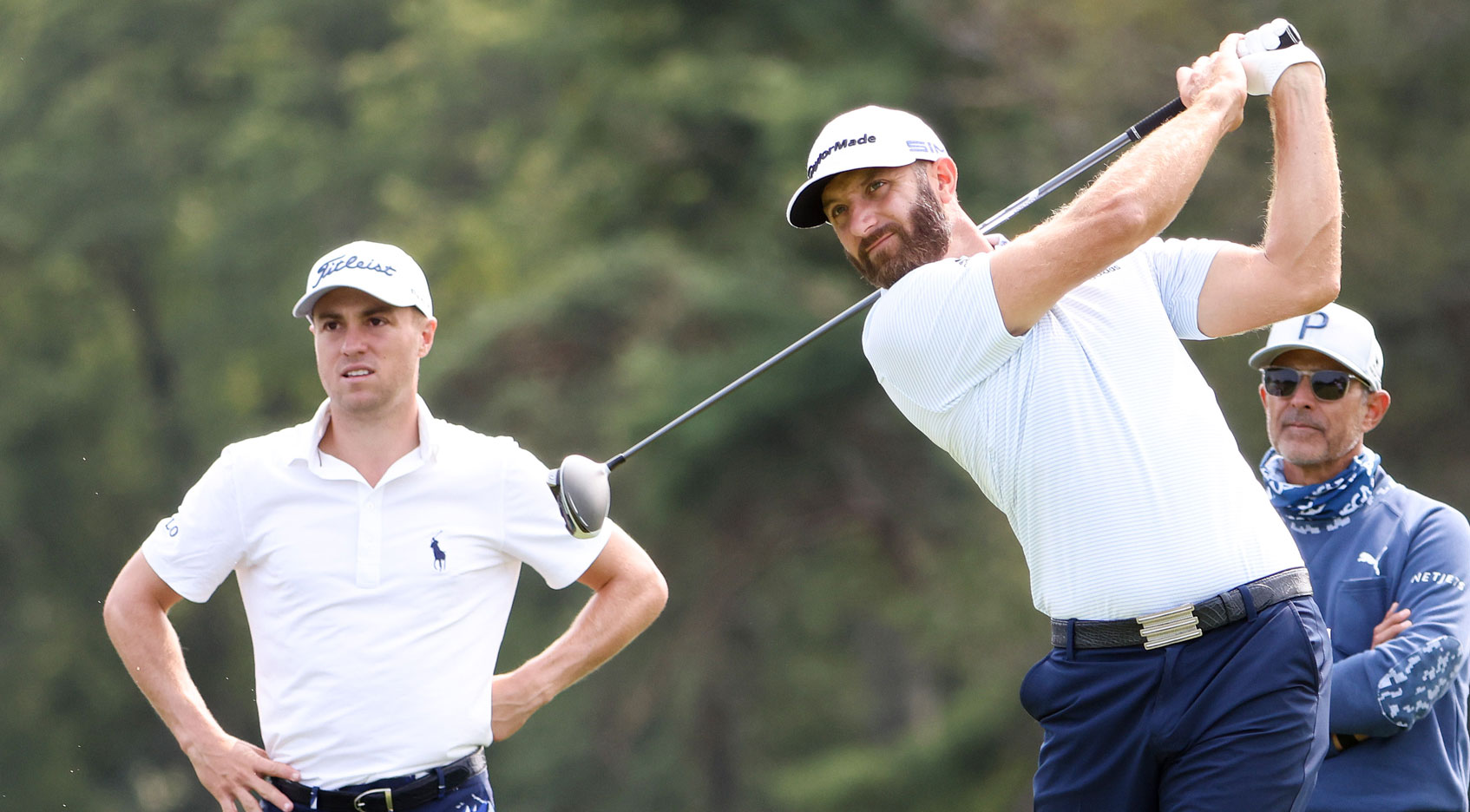 The PGA TOUR is back in action with the first event of 2021, the Sentry Tournament of Champions. Scenic views and a star-studded field of 42 players will take on one of the TOUR’s most unique designs, the par-73 Plantation Course at Kapalua, which is defined by strong winds and severe slopes.

Below are four of the top groups to watch in Thursday’s prime-time telecast of the opening round from Maui. The field will be re-paired based on scores after the first round.

– Who will have the better 2021, Dustin Johnson or Justin Thomas?

SEAN MARTIN: After closing 2020 with wins in the FedExCup and Masters, Johnson seems to be the easy answer but I don’t think it’s that simple. I’m picking Thomas. He started working with a new putting coach late last year and it has paid off. He’s finished no worse than T12 in any of his five starts this season. His iron game is impeccable and has allowed him to have success the last few years even while struggling with his putting. He’s gaining three-quarters of a stroke per round on the greens this season, so I could see him having a big year if his improvement on the greens continues.

CAMERON MORFIT: It’s going to be a photo finish because they’re both going to have a big year. DJ is just now fully realizing his potential, which is a terrifying thought. JT could really be in for something spectacular if he improves on the greens. In the end, though, JT seems to run more hot and cold with the driver; I like DJ’s consistency off the tee just a little better, so I’m going with him.

BEN EVERILL: Man, this one is a toss-up. You wouldn’t be that surprised if both won five times! I expect both to be near the top all season long but I have a feeling, after perhaps an initial lull, Johnson will continue to kick on. He’s added a FedExCup and second major recently. If his desire continues he could be setting up a dominant 2021.

– Rahm just joined Xander as a Callaway staffer. What will Rahm’s first start with new gear look like?

MARTIN: There’s always some apprehension when a player makes a switch. It helps that he played Callaway clubs in college and that he enjoys playing on the West Coast but an adjustment period should always be assumed. Let’s chalk him up for around a 10th-place finish, equaling his showing at Kapalua last season. He’s finished second, eighth and 10th in three Sentry starts.

MORFIT: I’ll say Rahm contends immediately with the new gear. It’s the artist, not the paint brush, and Rahm is plenty familiar with the new clubs as attested by his sparkling collegiate record and his recent 59 in a casual round back home in Arizona.

EVERILL: It will be a study in focus and accountability. There will come a point where Rahm will hit a shot he doesn’t like and he will have the choice to blame the tool or the tradesman. If he allows himself to shift blame off himself then doubt can creep in. His Callaway stuff, just like the TaylorMade gear before it, is top notch. He will dial it in sooner rather than later. And hey, Rahm could most likely beat most of us if we gave him a pool cue.

– Scottie and Collin were teammates at the 2017 Walker Cup. Seven of the nine members of that team who turned professional now have TOUR status: Scheffler, Morikawa, Cameron Champ, Will Zalatoris, Doc Redman, Maverick McNealy and Doug Ghim. How many of that group win this year and who wins the most?

MARTIN: I think three of the seven will be victorious and I wouldn’t be surprised if Scheffler leads the way with two wins in 2021 after winning Rookie of the Year last year. I’ll also take wins from Champ and Zalatoris.

MORFIT: I feel like Cameron Champ is figuring it out, and the driver is just a huge advantage out there. I’ll say he leads the way with two victories. And out of the seven, I like four to get into the win column this year.

EVERILL: I’ll say five of them with Morikawa once again leading the way but Scheffler breaking through as well.

– Patrick Reed finished eighth in the FedExCup last year and third in the Race to Dubai. Which will he finish higher in in 2021?

SEAN MARTIN: Reed made a bit of a switch in the coaching department this fall, going full-time to David Leadbetter and Sean Hogan, a pair he has worked with some in the past. Reed has talked about the importance he places on the Race to Dubai and I could see him winning it all with some well-timed double-dipping (majors and World Golf Championships count in both standings). He has four consecutive top-15 finishes in majors and two wins in World Golf Championships. With 50 events in the PGA TOUR’s Super Season, it will be hard for players who play a split schedule to keep pace, so I could see him finishing higher in the Race to Dubai again while still qualifying for his eighth consecutive TOUR Championship.

MORFIT: A coaching change can mean a slow start to the year, but as long as you’re hot for the FedExCup Playoffs it’s all good. I’ll say Reed turns it on at the end of the season and finishes top 30 in the FedExCup, top 15 in the Race to Dubai.

EVERILL: I’ll say the Race to Dubai again just because he’s a proven force on the European circuit and in the Middle East. Reed could easily have won it all in 2020 and I expect he will threaten to do so again – perhaps even closing the deal. That doesn’t mean he won’t contend at home also. He will be at East Lake, and if you have a chip and a chair you’re a chance.