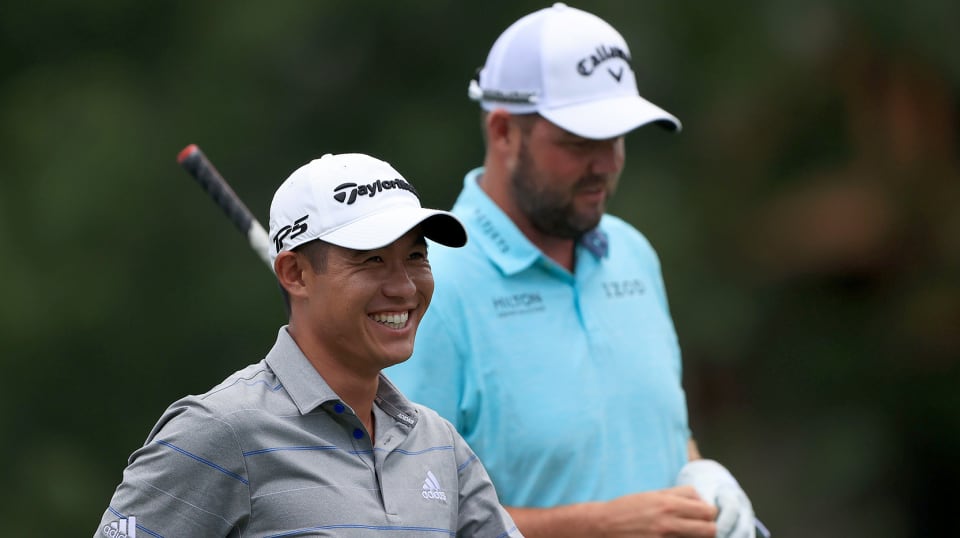 The PGA TOUR visits a classic venue, the Seth Raynor-designed Waialae Country Club, for this week’s Sony Open in Hawaii. Several big names made the short trip from Honolulu to Maui after competing in last week’s Sentry Tournament of Champions, while the majority of the field is making its first start of the calendar year.

Below are some of the players to keep an eye on this week, including Sentry champion Harris English, the man he beat in a sudden-death playoff (Joaquin Niemann) and defending champion Cameron Smith. We’ve assembled our team of writers to answer a question about each Featured Group, as well. Enjoy.

SEAN MARTIN: For reference, Dustin Johnson is 36 years old. He’s also a generational talent. He has 24 wins, including two majors. Morikawa is already ahead of Johnson’s pace – DJ didn’t win a major until 2016 – but I think anything over 15 wins and two majors is a big success for Morikawa. That’s a resume that will get in the World Golf Hall of Fame, after all.

CAMERON MORFIT: Impossible to say, but Morikawa is such a special case because his mental game is as sharp as his iron play. I’m confident in saying he’ll have at least 10 TOUR wins by then, and we’ll see him representing the Stars and Stripes on multiple Ryder and Presidents Cup teams. Also, he’s so good from tee to green, like Garcia, that I’m going to say Morikawa wins THE PLAYERS Championship somewhere in there, too.

BEN EVERILL: Double digit TOUR wins is on his horizon and I wouldn’t be surprised if he follows in Dustin Johnson’s footsteps by way of winning at least once every season. I think he will be a major presence in the big tournaments and perhaps jag a few more but history shows you can be one of the best and still have the stars not align in those.

– Matsuyama tied for last at Kapalua. Niemann tied for first (before losing in a playoff). Matsuyama is 21st in the world ranking. Niemann is 31st. Who ends 2021 ranked higher?

MARTIN: Niemann is trending in the right direction, with seven top-25s in his last nine starts, but I’m not selling Matsuyama yet. He and Niemann both tied for third at the BMW and Matsuyama also was runner-up at the recent Vivint Houston Open. It was an awful putting performance last week but I think his ball-striking is enough to keep him among the game’s elite.

MORFIT: Matsuyama is dangerous at the Sony, where he went 74-67-67-66 for T12 last year, but I’m going to have to go with Niemann based on their massive disparity on the greens. Matsuyama needs to figure something out with the putter; Niemann is already there.

EVERILL: Man, this is a tough call. I’m all in on Niemann being a star and rising through the ranks but Hideki is usually so rock solid. I expect a bounce back from Matsuyama this week. Kapalua greens are not for him. And he has Phoenix coming up. So Hideki – but just.

– They’re Nos. 16, 17 and eight in the FedExCup, respectively. Who finishes the season ranked highest?

MARTIN: Sungjae Im. The Super Season means more opportunities for golf’s iron man. He seems to have turned things around after struggling for a few months. He was T5 at the Sentry in addition to his runner-up at the Masters.

MORFIT: Im looks like he could be lining up for a massive season, and I see he’s No. 1 in this week’s Power Rankings. Still, I’ll go ahead and pick Ortiz here on the theory that he’s streaky and dangerous once he’s full of self-belief, as he was when he won three times in one season on the Korn Ferry Tour.

EVERILL: Smith. This is certainly with some bias as Im is no doubt going to play more and have a chance at more points but I think Smith will shake off some of his mid-season lethargy this time around and finish high in some big events. He was runner-up at the Masters (along with Im), after all.

– Who has more wins in the remainder of the season? English or Kuchar and Scott combined?

MARTIN: English. To be honest, this win probably should have come sooner. His 11 top-10s since the start of last season are the third-most on TOUR (behind only Justin Thomas and Bryson DeChambeau). I expect another win out of him this season, while I’m not sure we can say the same about Scott and Kuchar. Scott’s win at last year’s Genesis was his first since 2016, and Kuchar has been winless in five of the last six seasons.

MORFIT: English is going to have a big year, and I’ll say he has more wins than those other two guys combined. In a way, he’s riding a hot streak of two straight wins after his victory with Kuchar in the (unofficial) QBE Shootout. And I think it’s very possible English will win the Sony, where he had three straight top-10 finishes from 2013-15.

EVERILL: I rate English highly after seeing him close up last week but if the measure is from now on – I’ll go with Scott/Kuchar. And by that I mean Adam Scott. I see Scotty winning again this season and while English is by all means capable, multiple-win seasons are hard to come by.