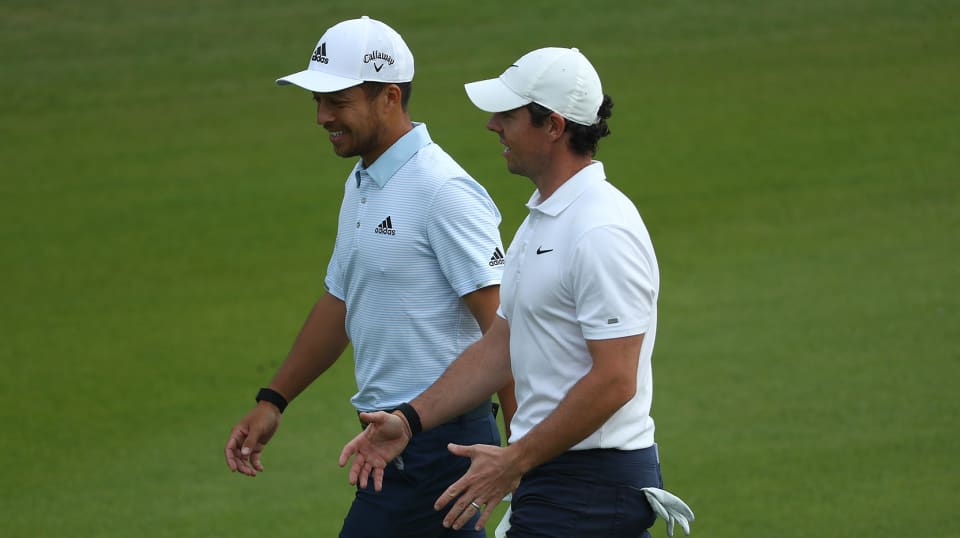 One of the PGA TOUR’s most popular events tees off this week at TPC Scottsdale. The Waste Management Phoenix Open may have smaller crowds this year but it still is home to the famous par-3 16th and a Tom Weiskopf-Jay Moorish design that offers up excitement on an annual basis.

PGA TOUR LIVE will offer exclusive early-round coverage of the strong field assembled in Scottsdale. Jon Rahm, Rory McIlroy, Webb Simpson, Justin Thomas and Brooks Koepka are among the names that will appear in this week’s Featured Groups.

PGA TOUR LIVE will begin at 9:15 a.m. Eastern on Thursday and Friday, and the Featured Groups will tee off at 9:50 and 10 a.m. each day. To get you ready for LIVE’s coverage, we convened our experts for a roundtable discussion on each group. Enjoy.

Si Woo Kim, the youngest winner in PLAYERS Championship history, recently notched his third win at The American Express. Fowler was also a young star a few moons ago and has a PLAYERS title. What is most likely to happen first: Kim or Fowler win a major or Koepka wins a PLAYERS?

CAMERON MORFIT: Fowler is still waiting for his swing changes to bear fruit, while the enigmatic Koepka just missed another cut at Torrey Pines. While those guys figure it out, I’ll take Pete Dye specialist Kim to win the PGA Championship at Kiawah, May 20-23.

SEAN MARTIN: Tough one here. The odds are in Kim and Fowler’s favor, as they have eight cracks a year. Koepka has declared himself healthy but there’s still issues in his game, as evidenced by three consecutive missed cuts. I give the edge to Fowler and Kim because I still think Fowler, 32, could follow a Mickelsonian career path and get a major in his mid-30s.

BEN EVERILL: If this was a few years ago, with Koepka at the height of his powers, you probably wouldn’t blink in picking him. But now it becomes simple math like Sean says. Cameron makes a great point about Kiawah Island – Kim could easily have a hot week there… and Fowler will always be a guy who could pop up and win a major. Henrik Stenson and Sergio Garcia come to mind as players who have done so. I’ll go against Brooks – which is perhaps exactly the sort of fuel he’s looking for to return to his best.

Schauffele now has seven – yes, seven (!!) – runner-up finishes on TOUR since his last victory, at the 2019 Sentry Tournament of Champions. McIlroy hasn’t won since beating Schauffele in a playoff at the 2019 World Golf Championships-HSBC Champions. Do you have any concerns about their current closing power?

MORFIT: Some runner-up finishes are better than others, and Schauffele’s T2 at the Farmers was one of the better ones given his abysmal record at Torrey Pines. In fact, I’ve picked him to win this week because I feel like all the pressure if off now that he’s finally figured out his hometown tournament. I have concerns about McIlroy. It wasn’t so much that back-nine 39 on the way to his T16 finish at the Farmers, it was the sense of déjà vu I had when at one point he airmailed the green with a wedge and made bogey. He’s making too many loose mistakes. We just have to trust he’ll tighten them up at some point, and he drives it so well I see him really liking TPC Scottsdale.

MARTIN: Xander has said it himself, that he’ll be in better position at the end of Sunday when he’s in better position at the beginning of the day. He racks up high finishes – 22 top-25s in his last 24 events, including 11 top-10s – but only five times in that span did he start Sunday in the top three on the leaderboard. I think McIlroy is starting to feel some Sunday pressure but that same narrative was in place before his PLAYERS- and FedExCup-winning season of 2019. He’ll eventually get back to his winning form but the longer it goes, the harder it is to break the drought.

EVERILL: I have no concerns for either player. Almost winning on the PGA TOUR is often undervalued – a glass half full way to look at it is they are almost always in with a chance and I know plenty of players out there who would love to be able to say the same. That’s not to say that the mental strain of almost winning won’t have some residual stain on the psyche… but both Xander and Rory are good enough to power through that.

Harris English sits third in the FedExCup, currently ahead of Thomas (seventh) and Rahm (19th). What chance do you give him of staying ahead of one, or both, superstars by season end? Do you see all three staying in the top 30 for the TOUR Championship?

MORFIT: To answer the second part of the question first, I would be shocked if all three didn’t stay in the top 30 for the TOUR Championship. As for how they’ll look in the standings at the end of the season, and who might have pole position, I’m going to go with Thomas, who’s already won the FedExCup (2017). He’s just too good.

MARTIN: All three will be at East Lake but I think Rahm will be the highest-ranked of the group. His wins last season at two of the most difficult tournaments we saw all year (Memorial, BMW) and reaching No. 1 in the world ranking were another steppingstone in his career. I think another multiple-win campaign, a major and a FedExCup are all within reach.

EVERILL: I love an underdog story but while I believe all three will be at East Lake I think Harris will end up behind the other two. I think it’s very likely that Rahm and Thomas will enter the TOUR Championship inside the top five of the standings and be pushing hard for the FedExCup title.

MORFIT: I feel like Gary Woodland is due for a good week and put him on my fantasy team. The big thing is that he says he’s healthy again, and I like that he knocked the rust off at the Farmers even if a T48 is nothing to write home about. Caveat: I’m partial to him at TPC Scottsdale because I covered his win here in 2018.

EVERILL: Webb seems like the right choice if you go by head but – like Cam – I have a feeling that Woodland is making some very positive moves. He has such good vibes at TPC Scottsdale that seeing him in contention would not be a surprise. As for Hideki – I don’t think he wins – but I am hopeful this is a week he makes his move back towards his best golf. What chance all three are in the top-10 come Sunday?