ST. LOUIS – His roller-coaster round finally over, Tony Finau came into the scoring room at the PGA Championship and told his playing partners that was the best and the worst 66 of his life.

At least he did it in front of U.S. Ryder Cup captain Jim Furyk.

“For sure it was the craziest round I think he’s ever seen,” Finau said afterward. “The good news is 10 birdies in a major is pretty good.”

The big-hitting Finau overcame a horrible start to his week at Bellerive to make the cut on the number, at even-par 140.

How he got there was remarkable.

Disappointed after an opening 74, Finau ripped off five birdies in a row to start his second round, made triple bogey on 6, came back with two more birdies and then dropped a shot on 9. Not a single par on that side.

“It was crazy,” he said. “I’m usually pretty good at making and saving par, but that wasn’t the case.”

Finau was only slightly more settled on the back nine – which was played over two days, after Friday’s suspension of play – mixing three more birdies with two bogeys, including one on the last that dropped him onto the cut line.

So cool that it matched Gary Player’s PGA Championship record for most birdies in a round. The major record is 11.

The timing for Finau’s birdie barrage couldn’t have been better.

On the final week of U.S. Ryder Cup team qualifying, Furyk said he didn’t ask for his grouping for the first two rounds here: Finau and reigning PGA Tour Rookie of the Year Xander Schauffele, both of whom are under consideration for one of Furyk’s four captain’s picks.

Still, Furyk said, “it was nice to get a chance to see both guys play. Both of them had a bad start to the week, got over par, struggling, and to watch them both grind it out and hang tough and hang around for the weekend is pretty cool.”

Finau, who has top-10s in the year’s previous three majors, said that he likely put too much pressure on himself in an attempt to impress Furyk on Day 1. Instead, he went out in 40. He played the rest of his round in 1 under to at least give himself a chance to play the weekend, then went on a tear in the second round.

Asked what he proved to Furyk through two rounds here, Finau smiled: “That I can make a lot of birdies. That’ll always serve you well in match play.” 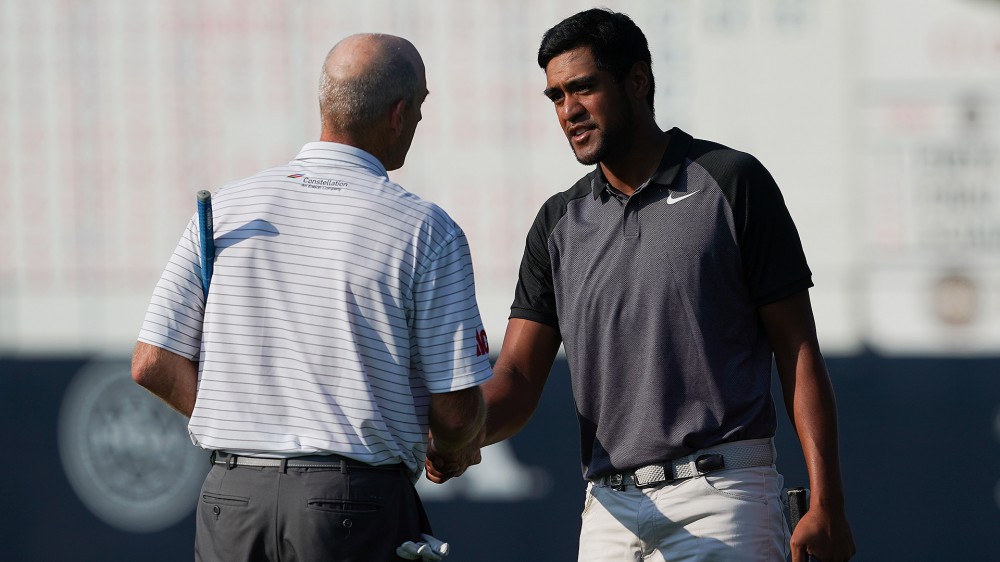