At just 24 years old, Fitzpatrick is already long established as a world-class player, but the former top-ranked amateur and 2013 U.S. Amateur champion has yet to win in the United States as a professional.

He came close to breaking through Sunday at Bay Hill Club & Lodge.

Fitzpatrick took a one-shot lead over Rory McIlroy into the final round of the Arnold Palmer Invitational and shot 1-under 71 to beat McIlroy by two shots overall. The only problem? Francesco Molinari fired a closing 64 to rally for a two-shot win over Fitzpatrick, who settled for solo second at 10 under.

“I lost by two when I should’ve won by two, in my opinion,” Fitzpatrick said.

Fitzpatrick lamented a lack of aggressiveness as he fielded questions while Molinari was less than 100 yards away accepting his winner’s trophy and cardigan on the 18th green. The young Englishman entered the day trying to play his own game alongside the ultra-powerful McIlroy, and for the most part he did that. He only averaged about 2 yards fewer than McIlroy off the tee in the final round and hit all but three fairways.

But unfortunately for Fitzpatrick, it wasn’t McIlroy that he had to worry about. Molinari made almost 147 feet of putts on Sunday, including a 44-footer for birdie on the final hole. Conversely, Fitzpatrick sank just two putts longer than 15 feet all week.

“Frankie just told me he holed a 45-footer on the [last], he chipped in (at No. 8), I’ve not had any of that happen to me and I lost by two,” Fitzpatrick said. “So just two more putts and be a bit more aggressive, a couple more chances really, and it could be a different story.”

Then there was the bad left kick in the 15th fairway. Playing from the rough, Fitzpatrick aimed too far right of the flag and when he hit his approach a tad heavy, the line caused him to find the front bunker. Three shots later and Fitzpatrick carded his only bogey.

So how much more does he need to do to finally hoist a PGA Tour trophy?

“Well, not a lot more, being honest,” Fitzpatrick said. “I mean, if I play like that I wouldn’t be too far off.” 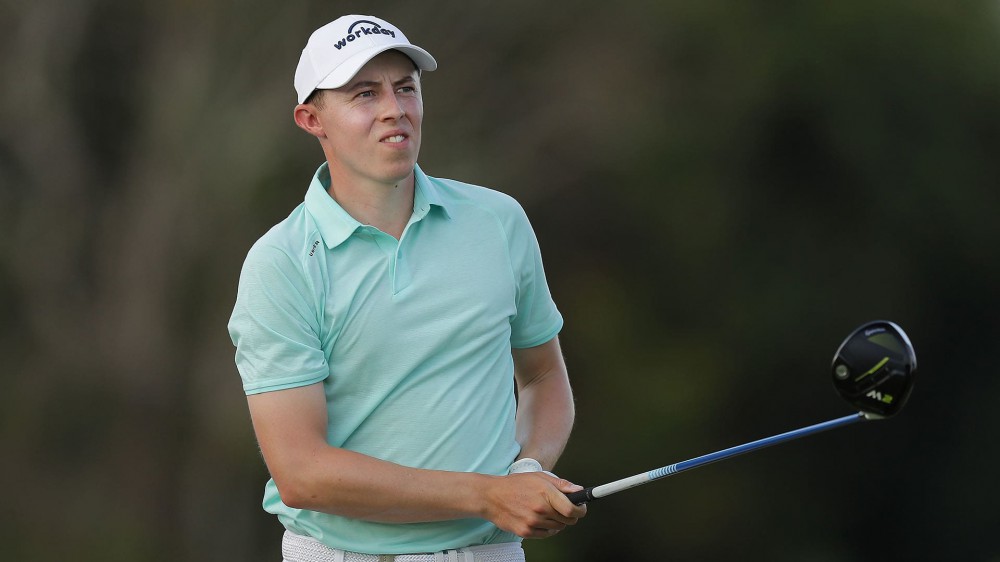 Spieth shoots 42-31 thanks to errant, then excellent driving

After viral 2016 photo, Fowler happy fiancée is in Paris