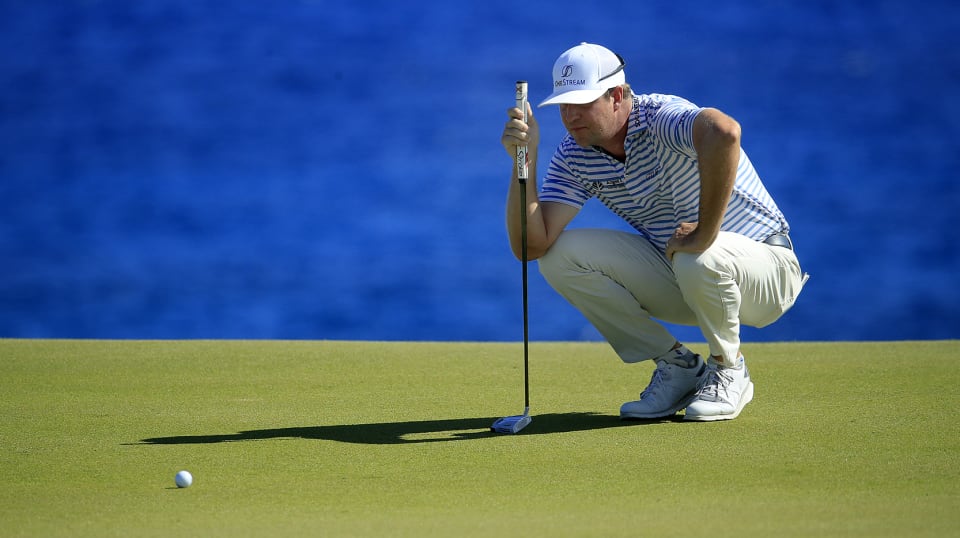 The PGA TOUR hit the sun in the Dominican Republic at the Corales Puntacana Resort & Club Championship and it was Hudson Swafford who came away with a great victory.

Welcome to the Monday Finish where we give you the lowdown on what you might have missed as the 33-year-old claimed the second TOUR victory of his career and moved to second in the FedExCup standings.

1. Hudson Swafford did what can be very tough to do by impressively turning the tide of negative momentum. Swafford was cruising early on Sunday and at one point led by four shots. But any thought of a tropical cruise down the back nine was thrown away when he chalked up a double bogey and bogey to fall back into a tie for top spot. Invariably that sort of sudden jolt and slide is hard to turn around in a short space of time but Swafford took stock with two to play and stepped up with some clutch moments. He hit a brilliant shot into the 17th to set up a go ahead birdie and after leaving meat on the bone with a birdie attempt on the last, calmly slotted the testing par putt for the victory. Get the low down here.

2. The top 10 was a great mix of stories to keep an eye on in coming weeks AND when we return to the D.R. for the second time this season. They may not have won in the D.R. but those who fell just a little short could certainly press for victories in the coming weeks and of course when the tournament returns to its traditional slot in March. Runner-up went to Tyler McCumber who opened with a 7-under 65 to share the first-round lead. He clearly likes the course having shared the 54-hole lead there on TOUR debut in 2018. A closing 66, including a clutch long birdie on the last hole, gave him a chance for the win. Mackenzie Hughes is another who likes the course having now been T2 in 2018 and third this week. Nate Lashley won when the event was part of the Korn Ferry Tour schedule and fourth this time around. Adam Long fell back from the 54-hole lead to be fifth but was also in the mix at Winged Foot so keep an eye on his form and James Hahn and Cameron Percy were now in the mix at both the season opening Safeway Open and here in the Dominican Republic. Anirban Lahiri had his first top 10 finish since 2017.

3. Zalatoris does it again. Will Zalatoris is in rare form. In 16 starts on the Korn Ferry Tour this season, his worst result is a T34 and his last 11 starts on that TOUR have all been inside the top 20, including a win. He kept that streak alive with a T6 at the U.S. Open and was T8 in Corales Puntacana. He has quickly become a candidate for promotion to the PGA TOUR through non-member points. He’s slated to play the next two weeks at Sanderson Farms Championship and the Shriners Hospitals for Children Open. If he maintains the rage we will likely see a lot more of him.

4. Justin Suh is coming. The two-time All-American is the odd man out when it comes to college prospects from his era making waves on the PGA TOUR. While Collin Morikawa, Matthew Wolff and Viktor Hovland have already all won on the TOUR – with Morikawa winning a major and Wolff being runner up in another – Suh is still finding his way. There is most certainly no disgrace in his progression though and with a troublesome wrist complaint now seemingly behind him the 23-year-old is starting to pop up on leaderboards. A T14 finish this week is further proof he can match it in the big leagues.

5. There was a Dominican Republic Golf best finish. Willy Pumarol, the lone Dominican to advance to the weekend, finished T65. It was the best finish in the history of the event by a player from the Dominican Republic besting Julio Santos who set the mark at T73 in 2018 before beating it with a T69 in 2019. Let’s hope come March more improvement can be made.

Bryson DeChambeau’s U.S. Open win is still enough to hold down the top spot but Hudson Swafford has rocketed to the second spot following his win this week.Swafford jumped 98 spots with his win. Other new faces in the top 10 this week include Tyler McCumber, Mackenzie Hughes, Adam Long and James Hahn.

The regular season top 10 will receive bonuses for their efforts.