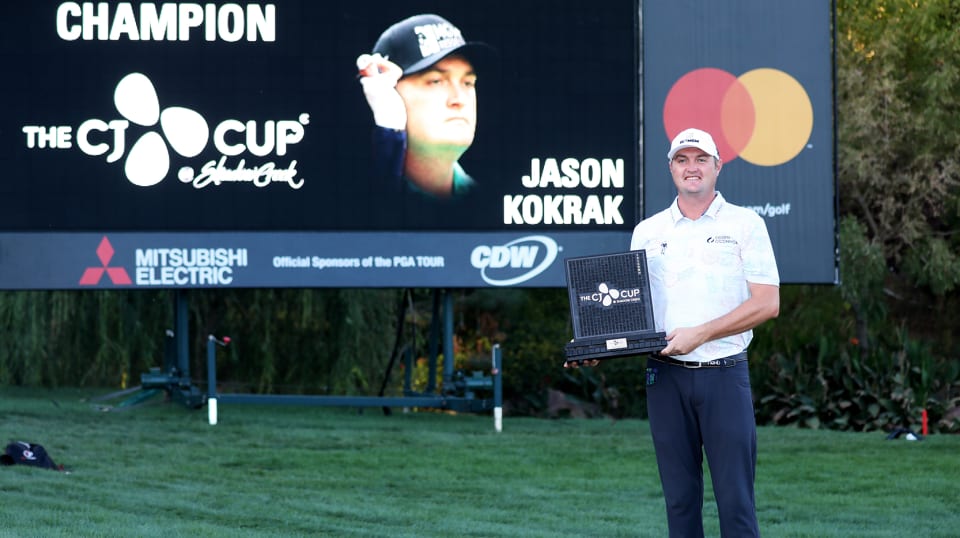 A poor drive led to a sloppy bogey at the par-5 16th hole, which forced Xander Schauffele to play from behind and try to make something happen coming in. He couldn’t.

Still, his final-round 66 yielded his third straight top-five finish, and he moved from 33rd to eighth in the FedExCup. It was his eighth career runner-up in his 98th career start, and he finished 20th or higher in all five major Strokes Gained categories: Off the Tee (20th), Tee to Green (4th), Approach the Green (16th), Around the Green (5th) and Putting (3rd).

Schauffele said he regretted not so much the bogey at 16 on Sunday but his 74 on Saturday.

“I was trailing, that was sort of the mistake,” Schauffele said. “… It’s one of those things where you’re always going to have one bad day unless you’re Dustin (Johnson), you shoot 30 under for a tournament, but typically you like to squeeze sort of one bad‑ish round in. Unfortunately, mine was 2 over. If it would have been even or 1 under, it would have been a different story.”

4. Hatton had a marathon commute.

Tyrrell Hatton recorded multiple scores of 65 or better for the second time in his TOUR career as he closed with a 7-under 65 to finish T3 with Russell Henley (70), three back.

Pretty impressive, considering Hatton won the European Tour’s BMW PGA Championship last week to crack the top 10 in the Official World Golf Ranking for the first time, then hopped on a plane and flew 20-plus hours across eight time zones, from England to Las Vegas.

He said the ordeal left him grumpy, but he still played very well.

“Yeah, my game’s in a good place at the moment,” Hatton said after matching his opening-round 65 with another in the final round, though he couldn’t atone for his 73 the day before. “Winning last week, and obviously it was a long travel time to get here, thankfully my game’s held up.

“We battled a bit of jet lag to be honest,” he continued. “I felt fairly tired throughout the week and I’m really happy with how I’ve played. It’s still a great week to finish inside the top five on the PGA TOUR, so I’m very happy with that and looking forward to L.A. next week.”

Indeed, one of the hottest players in the game throughout 2020 presumably will have caught up on his sleep by the time he tees it up Thursday at the ZOZO CHAMPIONSHIP @ SHERWOOD.

Brooks Koepka says he’s healthy again and finished T28 at Shadow Creek. He was knocking the rust off in his first start since the Wyndham Championship in August.

“Just nice to be back playing,” he said after a 2-over 74 Thursday, his first action in two months.

Koepka underwent stem cell treatment on his left knee in 2019. He returned at THE CJ CUP @ NINE BRIDGES only to slip on wet concrete, re-injuring the tendon. Unable to shift his weight correctly to his left side, he overburdened his hip, and tore the labrum at the PGA Championship in August. Although he contended, his final-round 74 left him with a T29 finish.

He missed the FedExCup Playoffs and U.S. Open while rehabilitating, which he said included more stem cell therapy on his left knee and a cortisone injection in his hip.

In his first start of the 2020-21 season at Shadow Creek, he said he was just trying to get reps.