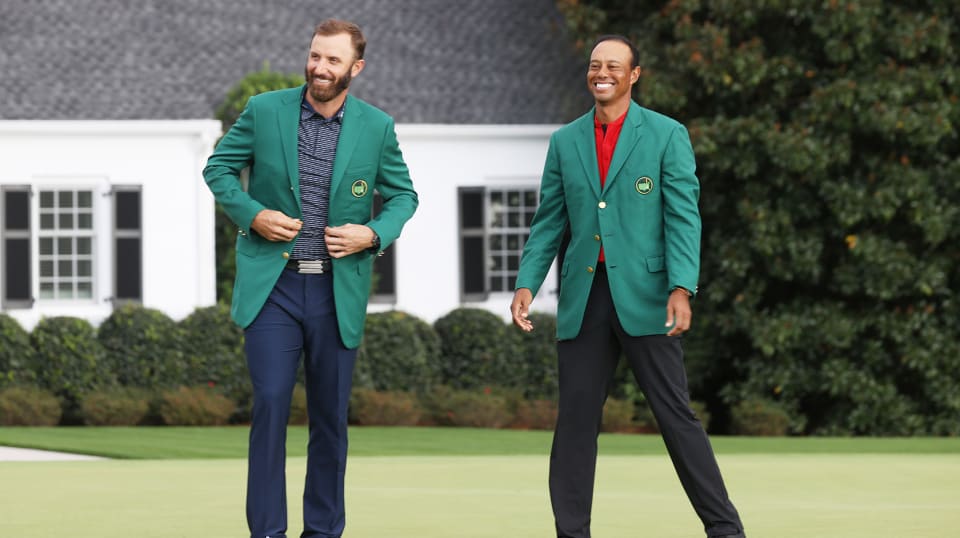 2. It’s been a rollercoaster

One of the biggest pre-tournament concerns for the players was not to get the coronavirus. Paul Casey, who opened with 65 but closed with 77 to finish T38, was only half joking when he said he was so worried about getting it and missing Augusta he didn’t let his kids have play dates.

Johnson tested positive for the virus in Las Vegas on Oct. 11, and after withdrawing from THE CJ CUP @ SHADOW CREEK, spent 11 days holed up in his hotel room. It had a little outside area where he would sometimes go sit, and he would get up to shower, but otherwise that was it. He watched a whole lot of TV, especially the series “Yellowstone.”

The silver lining was he figured now that he’d had it, he would be OK for the Masters.

“I know 2020 has been a really strange year, but it’s been good to me,” he said after his fourth win of the year. “I’ve played some good golf. You know, I can’t thank Augusta enough for just having the Masters. Obviously when it canceled in April, none of us knew if we were going to be able to play in it. I was just happy to be here playing, and it worked out OK for me.”

DeChambeau double-bogeyed the 13th hole in the first round, and triple-bogeyed the par-4 third hole (with a lost ball) in the second. Ironically, the third and 13th holes are two of the shortest on the course. He closed with a 1-over 73 (T34) that featured a double-bogey at the par-4 fifth hole.

He also complained of dizziness and brain fog.

“At the beginning of the week I felt like I could have a great chance to win the tournament if I just played my game,” DeChambeau said. “… I made way too many mistakes that I’ve got to talk about with my caddie and go, ‘Hey, how do we not make these mistakes anymore? How can we work better as a team to have that not happen?’ At Winged Foot we did a great job of it. This week we didn’t.”

Phil Mickelson was 5 under through two rounds and “driving it like a stallion.” If he could just shore up his faulty putting, he said, he could potentially make a run at his fourth Masters title.

Defending champion Woods had a crazier week. He, too, was 5 under through two rounds, but went 72-76 to finish T38. His final round was especially topsy-turvy as he hit three balls in the water and made a 10 – the highest score of his PGA TOUR career – at the par-3 12th hole.

He then birdied five of his last six holes, including the last four in a row, to finish the round.

“I committed to the wrong wind,” he said of his misadventure on 12.

“This sport is awfully lonely sometimes,” he added. “You have to fight it. No one is going to bring you off the mound or call in a sub. You have to fight through it. That’s what makes this game so unique and so difficult mentally. We’ve all been there, unfortunately.”

5. McIlroy still knocking on the door

Rory McIlroy, 31, keeps flirting with winning Masters, the one major that eludes him for the career Grand Slam. With his opening-round 75, he spotted the winner 10 strokes, but beat Johnson by one the rest of the way to lose by nine and finish T5 with Dylan Frittelli (72).

In retrospect, there wasn’t a chance, and he played his last 10 holes in even par with a bogey at 10 and a birdie at the par-5 13th, which had vexed him all week. He signed for a 3-under 69, his third straight sub-70 round, and now has six top-10 finishes in his last seven Masters.

“The wind sort of got up as we hit the turn,” he said, “and it just was hard to make birdies.”

The PGA TOUR Regular Season top 10 will receive bonuses for their efforts.