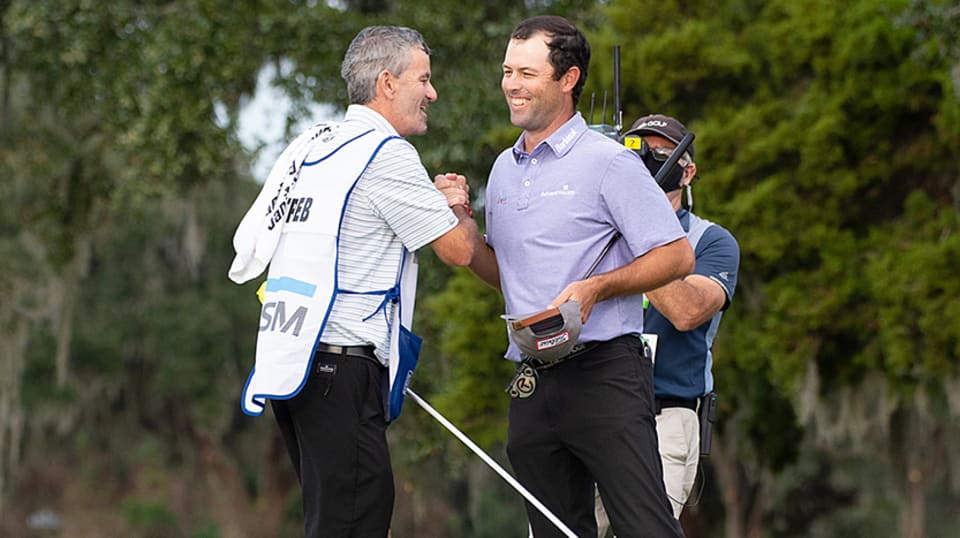 The Strebber became the first player to be a dual winner of the tournament with a playoff win – over another former champion – and a former World Golf Championships-Dell Technologies Match Play champion no less in Kevin Kisner.

Here are five stories you may have missed from The RSM Classic.

When Robert Streb won his first PGA TOUR event at the 2014-15 RSM Classic he figured it was the start of a very successful career. He’d proven he could win and now he’d forge ahead. Indeed he had a huge season back then.

Despite the lack of form, his week at Sea Island was pretty darn impressive. He opened with a career low 65-63 to lead and by the 54-hole mark had a three shot buffer at the top. An incredible bogey-free run of 55 holes was only broken on Sunday at the par-4 13th, which of course was the opening Kevin Kisner was waiting for.

After all the effort, a three-putt on the par-5 15th saw him a shot behind the man who won at RSM when Streb defended his title. As everyone turned to thinking Kisner was marching to victory Streb stepped up in an unexpected way.

He missed a birdie try at the 16th but then on the 192-yard par-3 17th hit a brilliant shot and converted one of just nine birdies at the hole all day to square things up.

Despite a missed chance to win it all on the 72nd hole and then surviving the first hole of sudden death with a scrambling par, Streb went within a whisker of holing out an eagle from the fairway. The tap in birdie would be enough to win.

“It’s really nice to say I’ve got more than one (win),” he said. “Winning more than once … validates what ability you have. It was just kind of unexpected and super nice to get (this win).”

Streb rocketed to eighth in the FedExCup with the triumph. Read more about it here.

For a little while there was that feeling in the air. The feeling that the fairytale win was indeed going to come true.

But while Camilo Villegas might not have won the trophy at Sea Island he continues to win over the hearts and minds of fans around the world.

Not far removed from losing his daughter to a battle with cancer Villegas continues to honor her legacy the best way he knows how… by bringing awareness to the disease that claimed little Mia and other angels like her.

Four birdies on the front nine Sunday gave him a real chance to win but in the end Villegas would settle for a T6 finish. In the grand scheme of things the result was not important. His message though, is ultra-important.

Grab some tissues and have a read.

3. Kisner gets groove back.

When Kevin Kisner missed the cut at the Masters on Saturday morning – he had to finish up his second round after earlier rain delays – he made a call to nearby Palmetto Golf Club in Aiken where he’s spent countless hours honing his game from a young age.

He heard there was a skins game on and he wanted in. Word was he wanted to feel what it was like to make birdies again.

The gem of a course is a little short for the modern day TOUR star but with a fun routing and incredible green complexes it is a true test for most.

The return to his roots clearly worked as Kisner went within inches of getting his second RSM Classic title. A 63 on Sunday was enough to force extra holes and his birdie try on the first extra hole was very close to falling.

Kisner now has four top-4 finishes in his last 13 starts on TOUR. A fourth TOUR win can’t be too far away.

4. Niemann plays for greater cause.