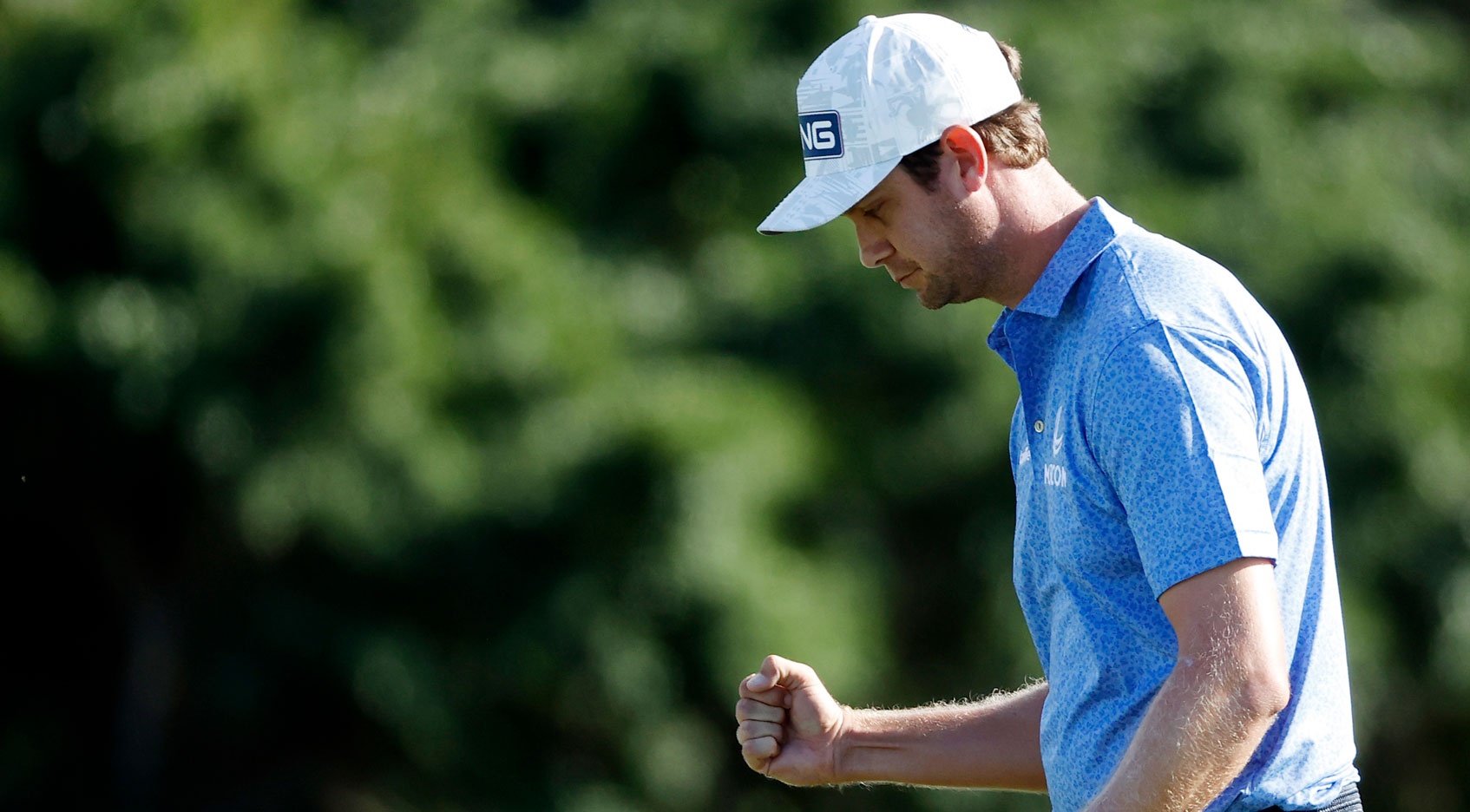 KAPALUA, Hawaii – Aloha! The 2021 portion of the season has begun and we’re kicking back poolside recapping the week that was at Kapalua’s Plantation Course in Maui before an island hop over to Honolulu for the Sony Open.

Harris English rebounded from an average Sunday front nine to wrestle the title from a plucky Joaquin Niemann in a playoff – with both holding off Kapalua specialists Justin Thomas and Xander Schauffele – as whales breached off the coast.

Here’s five things you may have missed at the Sentry Tournament of Champions.

1. Harris English used a unique pre-shot routine as a trigger to stop his common miss under pressure

The now three-time TOUR winner would grab his club in his left hand only and swing it through on path multiple times – something you’d usually only see on a range or during a lesson. But English – with the support of coach Justin Parsons – uses the method during tournament play when he feels it can help. “My swing key for the week was getting my takeaway nailed down. One of my swing faults from even when I was a kid is my takeaway gets a little off and when I get off, it will get a little quick and the club head comes a little inside and gets low,” English explained. “I’m trying to keep that club head outside my hands and keep the club head halfway back a little bit higher than my hand. That’s kind of a swing key, but as for doing it in tournaments… I’ve gone back and forth, and it is just kind of what I’m feeling that week.” English held a share of the 54-hole lead but after an even par front nine on Sunday let a charging Joaquin Niemann take the lead. Given it had been over seven years since his last victory it appeared another chance was slipping by until a mighty back nine charge of his own. Read more about how he broke the drought and moved to second in the FedExCup – including an incredible shot into the 18th green – here.

2. The back nine par 5s proved critical to Niemann’s chances

The young Chilean put together an ultra-impressive 9-under 64 on Sunday, two shots better than anyone else in the field despite tricky winds but was unable to birdie the par-5 15th or the par-5 18th in both regulation and in the playoff. On 15 he missed a birdie putt from eight feet and on 18 in regulation his putt from inside six feet couldn’t find the bottom of the cup. In the playoff his approach shot just turned over slightly too much and while he was able to hack out of deep rough to give himself a putt at birdie, he once again left his attempt short, opening the door for English to pounce.  “I played awesome the whole week, especially today. One of my best rounds. I just look back to 15 and 18 from today, I couldn’t make birdie and I think it was right there,” Niemann bemoaned after the round. But you got to stay positive. I’m playing great. If you asked me at the beginning of the day that I was going to be in a playoff, I would take it. It was a pretty good week.” Niemann moved from 35th to 13th in the FedExCup.

3. Xander Schauffele seemed to shake off his bout with COVID-19 pretty well

The Californian arrived at Kapalua, a place where he had a win and a runner up prior, still feeling some of the effects of a rough bout with the virus over the holidays. Schauffele caught the virus from his girlfriend and was flattened for a few days, leaving him watching movies and playing video games rather than preparing for another shot at Kapalua glory. While a Saturday 70 left him off the pace for a real shot at glory a closing 66, including an eagle on the final hole that he three-putted a year earlier to fall into a playoff he would lose, were great signs moving forward. He now sits ninth in the FedExCup after a T5 finish.

4. Bryson DeChambeau has promised to get even faster and longer in 2021

Yep – with the help of long drive champion Kyle Berkshire, DeChambeau spent his off-season break pushing his body to the limit of near passing out as he tries to get his ball speed up around 210 miles per hour. “I’m not going to give away what he told me to the utmost (but) he gave me some nice little secrets,” DeChambeau said. “I implemented some of his techniques. A lot of it has to do with pushing the limits of your body and going for long hours of swinging your golf club with a golf ball and trying to help up the ball speed. “There are points where, I don’t know if you’ve ever experienced a runner’s high or something like that, where you get these extra endorphins and that’s kind of what breaks your neurological CNS (central nervous system) … which is a great thing. And over time as you keep building it and you keep pushing it and pushing it just keeps going up and up.”

Just prior to making his first trip to Kapalua, Scheffler cracked his trusty 3-wood he’d be using for a decade through high school, college and professional golf. And in this case, it can’t be replaced. Scheffler’s trusty sidekick was a Nike VR Pro and Nike no longer even make golf clubs, leaving Scheffler to experiment around new clubs. The PGA TOUR Rookie of the Year last season finished a respectable T13 in his first trip around the mountain despite the loss and the fact the trip doubled as a mini honeymoon after his December nuptials.