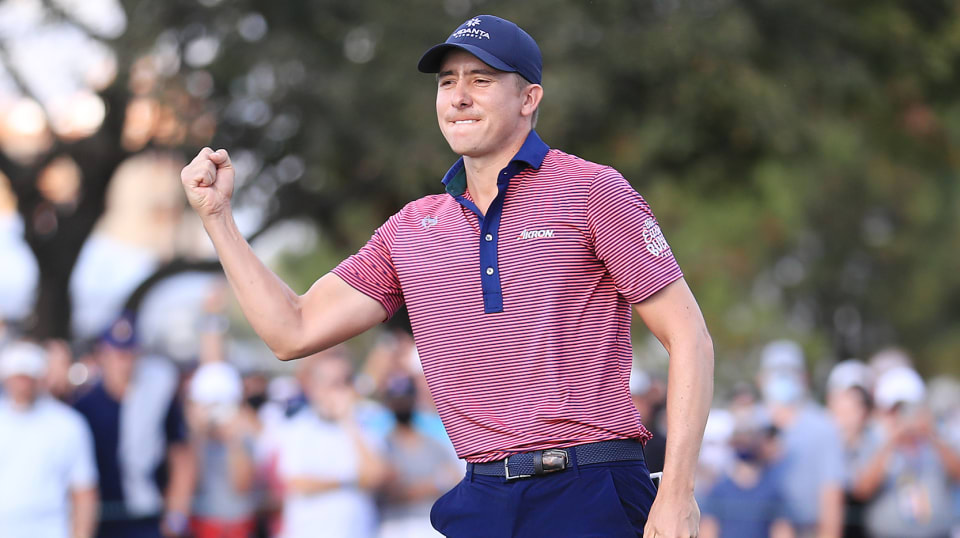 He’s an overnight success, six years in the making.

After racking up three Korn Ferry Tour victories in 2014, Carlos Ortiz graduated to the PGA TOUR and went winless until shooting a final-round 65 at historic Memorial Park on Sunday in his 118th TOUR start. Ortiz birdied two of the last three to beat Dustin Johnson (65) and Hideki Matsuyama (63) by two and become the third Mexican to win on TOUR.

He had no doubles or three-putt bogeys, led in scrambling, and was fifth in Strokes Gained: Putting on the tricky green complexes. He moved from 146th to 7th in the FedExCup.

Here are five stories you might have missed from the Vivint Houston Open.

1. Players felt the return of the fans

In a sense, Ortiz’s victory in Houston began exactly a year ago. He started last season with T4 finishes at the Sanderson Farms Championship and Houston Open, then thrilled the home fans with a T2 at the Mayakoba Golf Classic in Playa del Carmen, Mexico.

“It’s awesome to have the energy pulling for you,” Ortiz, who is from Guadalajara, said after the final round in Mexico, which he began with a double and ended with a 66, just a shot back.

There was energy, too, on Sunday at the Vivint Houston Open, which was the first U.S.-based TOUR event with fans back on site. Ortiz, who attended the University of North Texas and lives in Dallas, said he could feel the love playing in his adopted home state.

He also learned from his close calls last year.

“I’ve been putting myself in those spots quite a bit the last year,” he said.

2. Memorial Park was a star

One story heading into the week was the tournament’s return to iconic Memorial Park after nearly 60 years and a renovation by Tom Doak. Four-time major winner Brooks Koepka also gave input, his first course-design project. How would it hold up? Very well.

Despite not playing overly long, Memorial Park was defended by its tricky green complexes, and the field averaged more than a stroke over par. It’s one of just six courses to host a TOUR event this calendar year that can make that claim. Koepka even called it a little U.S. Open-like.

“It’s very tough,” he said. “You know, with the rough being the way it is, you’ve got to put the ball in the fairway and then it’s a second-shot golf course. You really have to putt a good strike on the ball, being able to spin it, be good with your long irons, there’s quite a few long holes.

“But at the same time,” he added, “it makes it quite fun if you do miss the green because you have so many options. You could putt it, you could bump-and-run it, you could flop it. It really gives the player a lot of options where I feel like you’re never quite out of it.”