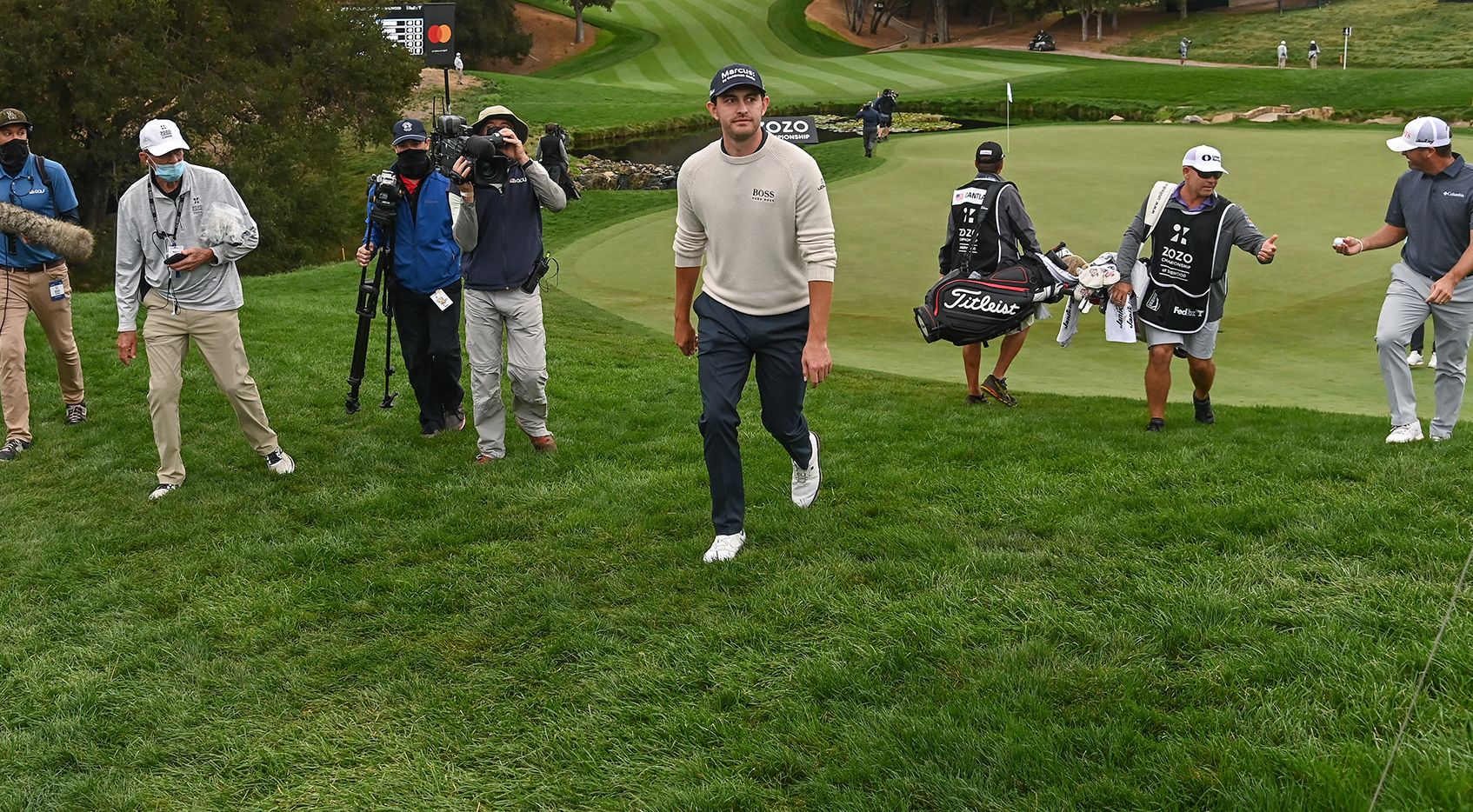 For the 10th time in the final round of a PGA TOUR event, Tiger Woods and Phil Mickelson wound up in the same group Sunday. This one was a dud. For one thing, Adam Long, the third member of their group, beat them both with a 69. For another, both had high expectations but came nowhere near the type of golf that has yielded 126 TOUR wins between them.

Woods, who had won the unofficial Hero World Challenge five times when it was played at Sherwood, struggled from tee to green, failed to take advantage of the course’s five par 5s, and shot a final-round 74 to finish 1 under for the week, 22 shots behind winner Cantlay.

The only bright spot for Woods, the ZOZO’s defending champion, was his putting.

“I feel like I rolled it great,” he said.

Mickelson was even more erratic, making three double-bogeys on the way to a final-round 78.

As with Woods, Lefty’s poor play was surprising; Mickelson was coming off a win at the Dominion Energy Charity Classic, his second victory in two starts on PGA TOUR Champions.

“All in all, disappointed with the way I played, obviously,” he said.

Both were undecided on whether to play in next week’s Vivint Houston Open.

Cameron Smith (67, T4) enjoyed his first top-10 finish since winning the Sony Open in Hawaii way back in January. With his solid result at the ZOZO coming on the back of a solo 11th at THE CJ CUP @ SHADOW CREEK, he’s gone from 82nd to 21st in the FedExCup in two weeks.

Smith was both pleased and looking forward to a break after finishing in a four-way tie for fourth with Russell Henley (66), Bubba Watson (68) and Ryan Palmer (69) at Sherwood.

“I’ve got two weeks off to freshen up,” he said. “I feel like I’ve played a lot of golf the last probably two or three months, so it will be nice to have a couple weeks off and get ready for the Masters and maybe one more after that. I’m pretty spent, to be honest.”

Rory McIlroy made a career-best 29 birdies for the week, tops in the field, but continues to battle mistakes. Despite a final-round 66, he finished well back at T17. The low point was his 1-over 73 Thursday, when he made four bogeys and two doubles, and lost his temper.

Still, at least he bounced back on the weekend.

“I played great (Saturday), was 7 under coming to the last hole and made double,” McIlroy said. “And then again (Sunday), 7 under playing the last three and made a bogey on the way in.”

And on a par 5, no less; McIlroy went for the 16th in two but rinsed his second shot Sunday.

He has just two top-10s, T8s at the U.S. Open and TOUR Championship, since the TOUR returned in June, but said he’s been hitting more good shots over these last few weeks than he’s seen in some time.

As for what he needs to work on, he added: “Just limiting the mistakes more than anything else. Don’t think it’s anything technical, but yeah, mostly just I’ve sort of compounded errors this week a little bit, and (at THE CJ CUP @ SHADOW CREEK) last week as well.”