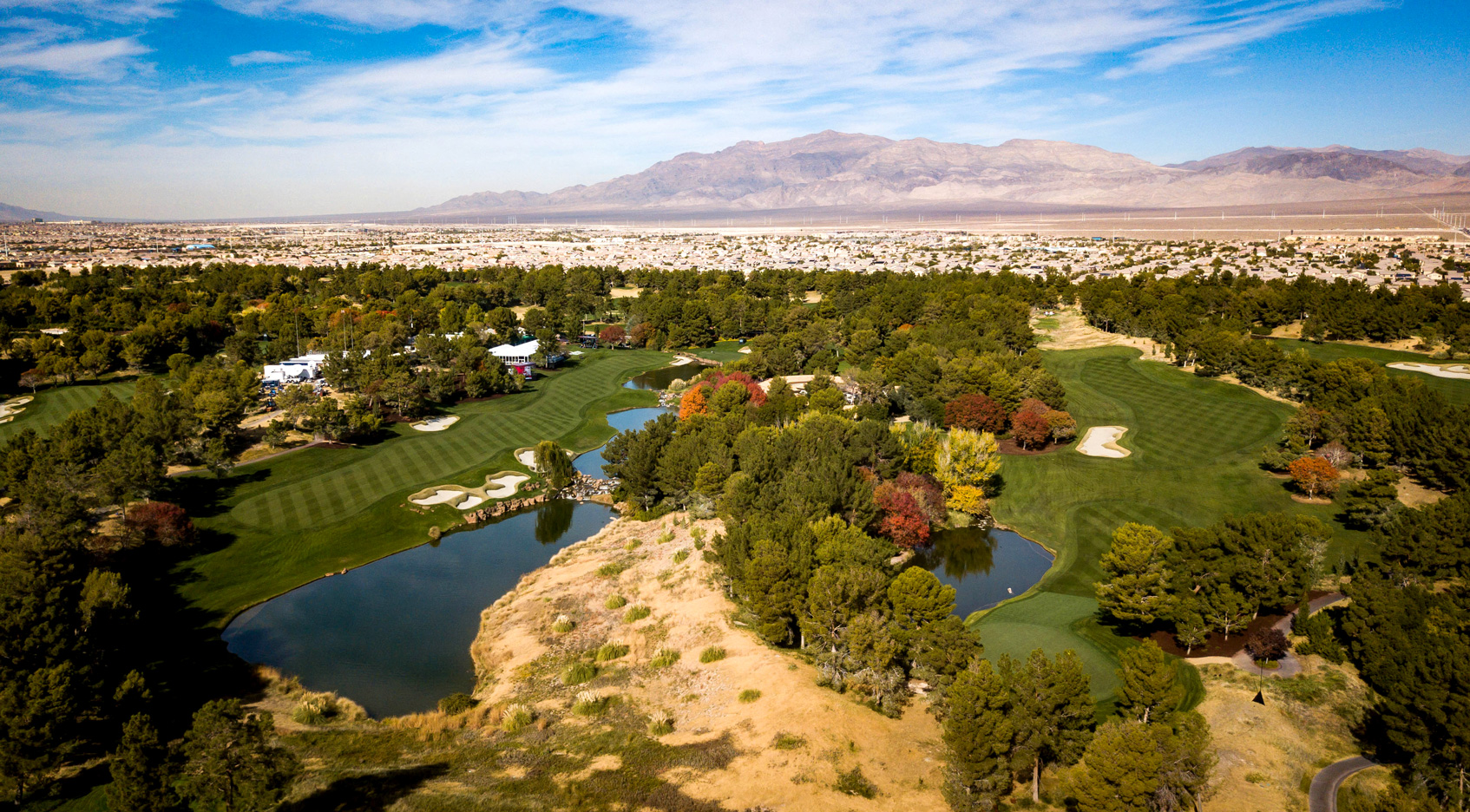 Fans got a glimpse of Shadow Creek during the first made-for-TV match between Tiger Woods and Phil Mickelson. Now, the PGA TOUR has announced that this year’s THE CJ CUP @ NINE BRIDGES will visit the Tom Fazio-designed oasis on Oct. 15-18. This will give golf fans the opportunity to watch 78 of the world’s best players play four rounds over one of the world’s most exclusive clubs.

Here’s a closer look at Shadow Creek to get you prepared for this year’s CJ CUP.

The Tom Fazio-designed course opened in 1990 to just a very select few. Hotel magnate Steve Wynn had the course built for the high-end clientele of his casinos. For the first 10 years, the only way to get a tee time was if Wynn himself gave the green light. MGM took over in 2000 and Fazio helped with a renovation in 2008 that opened it up just a little more.

Dustin Johnson has the course record (66) on the newer 7,560-yard, par-72 layout – a round you can reportedly read about while using the restrooms at the club. Prior to the renovations, Woods and Fred Couples shared the record with rounds of 60. You may remember Shadow Creek from Capital One’s The Match – the first head-to-head showdown between Mickelson and Woods. After the pair couldn’t be split through 18 holes it was Mickelson who was the winner that night with a birdie on the 22nd hole from off the practice green and under the lights.

While a tee time was once a virtual impossibility for most, now you can enquire about a weekday slot if you have a room at an MGM property. Weekends are still the domain of MGM’s invited guests, but should you get the chance and have the disposable income (reportedly at least $500), you will be taken by private limousine to the course and greeted by your own personal caddie for an all-out experience.

Those invited guests are often some of the biggest names in the world. Presidents, championship-winning NBA, NHL, MLB and NFL stars, PGA TOUR players and celebrities from across the entertainment and business spectrums. George H.W. Bush used to fish in the course’s lakes, Wayne Gretzky has been known to hang out a bit, Matt Damon and Sylvester Stallone enjoy a round here and there and Michael Jordan is a regular. “I’ve loved Shadow Creek since the first time I played it,” he says.

It is in the desert, about 30 minutes north of the Las Vegas Strip, but this isn’t typical desert golf. Fazio had to perform “total site manipulation” to produce rolling mounds, a bevy of lakes, creeks and waterfalls, peaks and valleys and acres of foliage that look more at home in Georgia than Nevada. Baseball legend John Smoltz says, “If they blindfolded you, flew you and then dropped you in the middle of Shadow Creek, you’d feel like you’re in a picture.” And this quote from Julius Erving is a beauty: “Shadow Creek is the place I would like to be buried when my days are done. It’s my favorite place on the planet.”