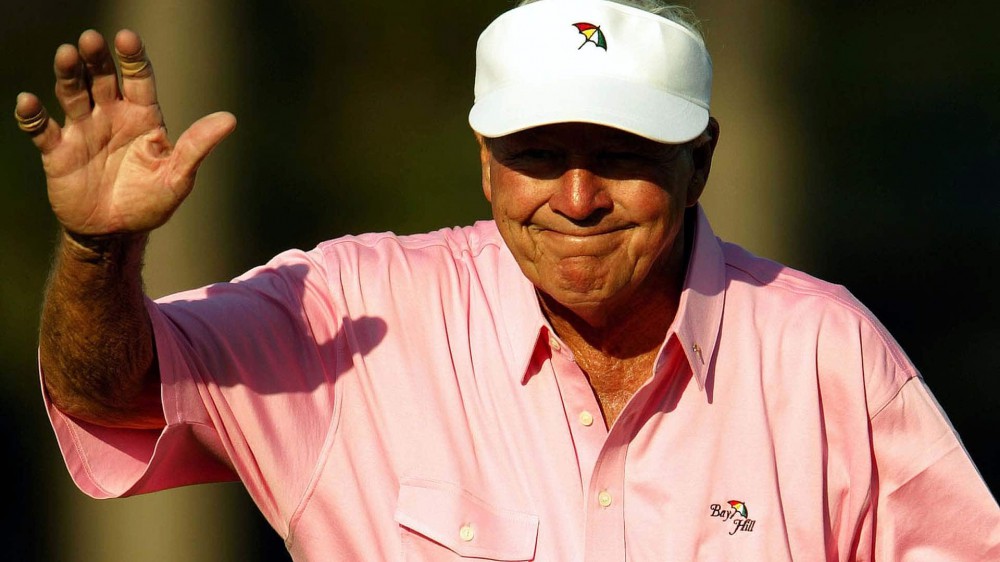 No one entertained golf fans quite like Arnold Palmer, and the King did so long after his prime.

In fact, Palmer’s last full swing in his own event is one of the most memorable shots he ever hit.

Arnie didn’t come close to making the cut that week at the 2004 Arnold Palmer Invitational, but he did close out his second-round 79 with an extraordinary par on Bay Hill’s iconic final hole.

After finding the short grass off the tee, the 74-year-old went driver off the deck and threaded a low stinger about 230 yards up the left side of the fairway that eventually made its way onto the green and funneled toward the hole:

Nobody hits driver off the deck like Arnold Palmer.#ArniesArmy#TOURVault pic.twitter.com/V0RYgYynbI

Much like Palmer’s legacy, this shot will live forever. Just one of those things Arnie’s Army will never get tired of watching.