Flashback: This week in golf, April 1-8

Let’s look back in history at this week in golf from April 1-8. Information courtesy Golf Channel Research unit.

April 2, 1939: After finishing runner-up the previous two years, Ralph Guldahl wins the Masters by one over Sam Snead.

April 3, 1988: Amy Alcott wins the ANA Inspiration and becomes the first champion to jump into the water at 18.

April 4, 1952: Ben Hogan hosts the first meeting of the Masters Club at Augusta National in what would become the traditional Champions Dinner.

April 6, 1947: Jimmy Demaret wins his second Masters and becomes the first to shoot four subpar rounds in one year.

April 7, 1935: Gene Sarazen hits the “shot heard round the world” when he made a double-eagle 2 on hole number 15 on his way to winning the Masters.

April 7, 1963: Jack Nicklaus earns the first of his record six wins in the Masters.

April 8, 1935: Gene Sarazen defeats Craig Wood in the only 36-hole playoff in Masters history and becomes the first player to win the modern career Grand Slam. 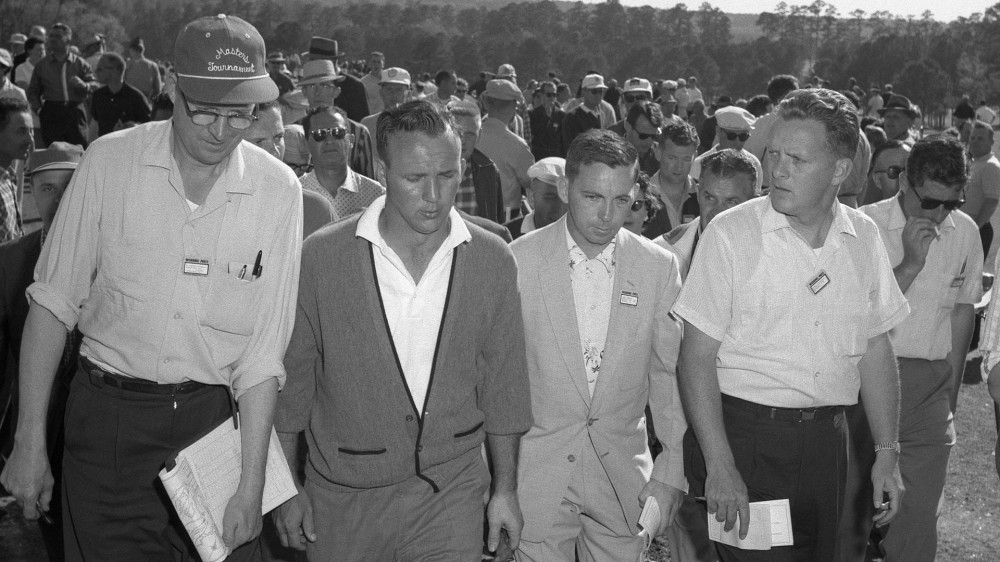 Got your back, Cap: JT knew Spieth pairing 'in advance'