PONTE VEDRA BEACH, Fla. – March or May, there is no shortage of excitement at The Players Championship.

Tiger Woods made only one par on the back nine Thursday, revving up the crowd with five birdies, only to slow his charge with three mistakes.

Emiliano Grillo hit the pin on the island-green 17th and the ball nearly bounced into the water. One group later, Ryan Moore heard the ”clink” of ball hitting pin on the fly and heard only cheers for the ninth hole-in-one on the 17th at TPC Sawgrass.

Harris English had an albatross 2. Kiradech Aphibarnrat had an 84.

There were 23 eagles. Fifty players had a double bogey or worse.

When the day ended, Keegan Bradley and Tommy Fleetwood went different routes to reach the same score and share the lead at 7-under 65.

Bradley got off to a fast start and had three putts for eagle, making one of them. Fleetwood had a big finish with three straight birdie putts of 15 feet or longer.

”If you like golf, you should like this golf course, really,” Fleetwood said. ”It’s just about as fair as you’re going to get a test. If you hit it well like I did today, you’re going to have chances and you can shoot a score, and people are shooting scores. But you can also get it the other way, as soon as you start struggling and start going the other way, it can easily go against you. It’s an amazing course for that.”

Woods hit a shot off a spectator’s ankle on the first hole, clipped a tree off the tee on the second hole, managed to get through the front nine, and then thought he might be able to take advantage late in the afternoon as the wind began to die.

He did, and then he didn’t.

”I felt like I could have got something in the 60s today and got off to not actually the best of starts today,” Woods said. ”I hit some bad shots early, rectified that, made a few adjustments, and then went about my business. And then the back nine, there’s nine holes on the back nine, made one par. So that was interesting.”

The move from May after 11 years to its traditional March spot on the calendar brought green, softer conditions and more wind than usual, though it was out of the typical May direction. With the rye overseed making the moderate rough more predictable, players took aim.

Fleetwood had only one birdie on the slightly easier back nine, and finished with birdie putts from 15 feet, 30 feet and 18 feet.

Byeong Hun An and Brian Harman were at 66, while Rory McIlroy also played bogey-free for a 67. He was in a group with Moore, who used a 54-degree wedge for his ace on the 17th.

”The group right before me, we were walking up 16 … I think it was Grillo hit the pin about 2 inches above the cup and almost went back in the water,” Moore said. ”I heard mine clink and I was just waiting to go see where the ball went. And then no ball showed up.”

Also at 67 was Vaughn Taylor, who must love the move back to March. Taylor is among 23 players who have competed on the Stadium Players Course in both months. He tied for eighth the last time it was in March in 2006. In the eight times he played in May, he never made the cut.

Bradley, who a week ago shared the 36-hole lead with Fleetwood at Bay Hill, has only one top 10 in his eight trips to TPC Sawgrass.

”Early in my career, I felt so uncomfortable on this course. I really didn’t play well here,” Bradley said. ”It didn’t really enjoy … it just wasn’t a good fit for me. And then this year, I really enjoy the different conditions that we’re playing in. I like the rough better, and I think it’s a great time of year to play here.”

McIlroy was among those who approved of the calendar change. This was only the third time in 10 starts at The Players he broke 70 in the first round.

”I think the course over the last 10 years … it hasn’t lent itself to aggressive play,” McIlroy said. ”It’s sort of position and irons off the tee and really trying to plot your way around the golf course. I hit drivers on holes today that I would never have hit driver the last few years.

”I don’t know if the course is easier or not,” he said. ”We’ll see what the stroke average is at the end of the day. But because I think it’s playing longer, it’ll play longer for most of the guys, and I think it should all even out. But I definitely like the golf course the way it is in March.” 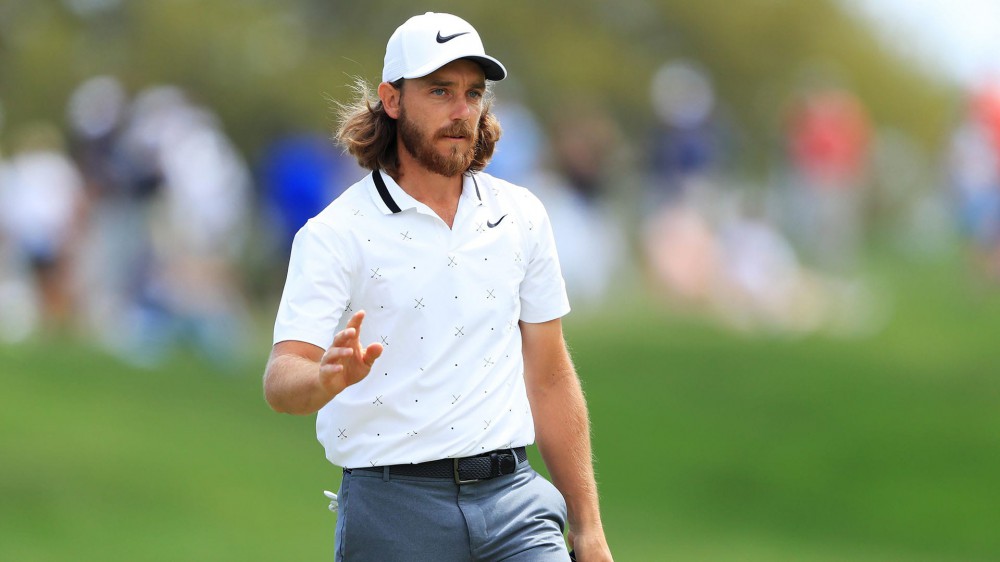 Spieth on third-round 69: 'Putter saved me'