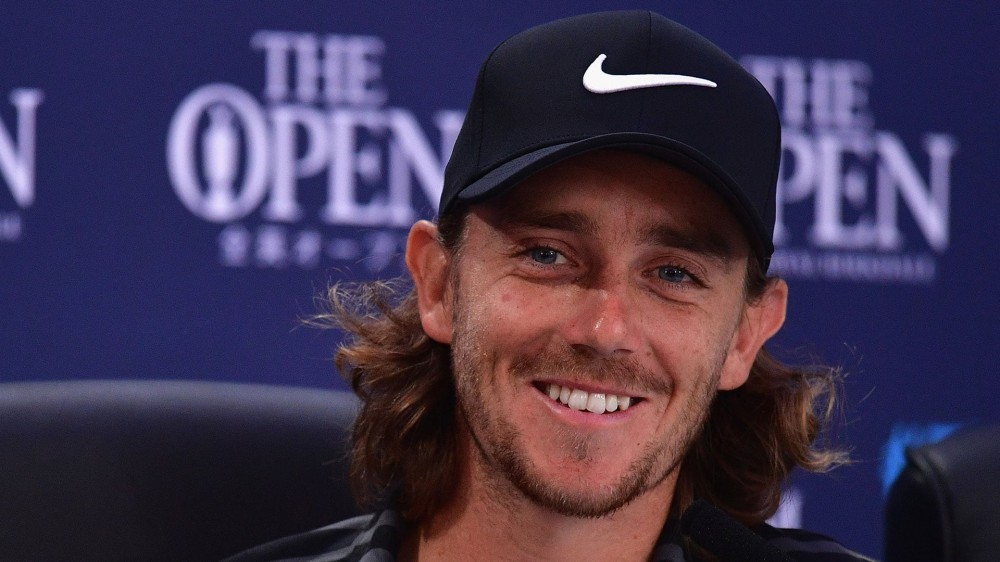 SOUTHPORT, England – There’s no reason for Tommy Fleetwood to sneak on Royal Birkdale these days.

Fleetwood grew up only a few miles from the famed links, and now he returns to his old hometown with his longhaired mug plastered on lampposts and posters. A banner hangs in front of his former school, wishing him good luck.

And so he was asked Monday: Won’t a home game at the Open Championship become a distraction?

“It’s better than nothing,” he said. “I’d much rather be in this position where people might be talking about me as a contender rather than turning up and sort of being a no-show. …

“But I’ve thought about winning The Open since I was 5 years old, so thinking about it for a few days isn’t going to make any difference to me.”

Fleetwood’s history with this place is well-documented. As a kid, he and his father, Pete, used to sneak onto Birkdale to play a few holes while the members were in the bar. Those hoping to do so this week will be disappointed – that area near the fifth hole is now protected by fences and bushes. The 1998 Open here was the first major that Fleetwood ever attended, and he can still remember the thrill of Tiger Woods walking past him and the disappointment of not scoring many autographs. He barely watched the coverage in 2008; a month earlier, he had lost in the finals of the British Amateur, a title that would have sent the then-17-year-old to The Open.

Fleetwood has won twice this year, finished second in two other events, and placed fourth in the recent U.S. Open, where he played alongside the eventual champion, Brooks Koepka. Because of his recent form and hometown connection – he now resides in the English countryside, about an hour away, while parents still live “around the corner” – some oddsmakers have listed him as a 12-1 favorite this week.

“It’s nice to be spoken of in that light, to be honest,” he said. “I find it very flattering and, I mean, it doesn’t affect me in any way, apart from it’s very nice and makes me smile.”