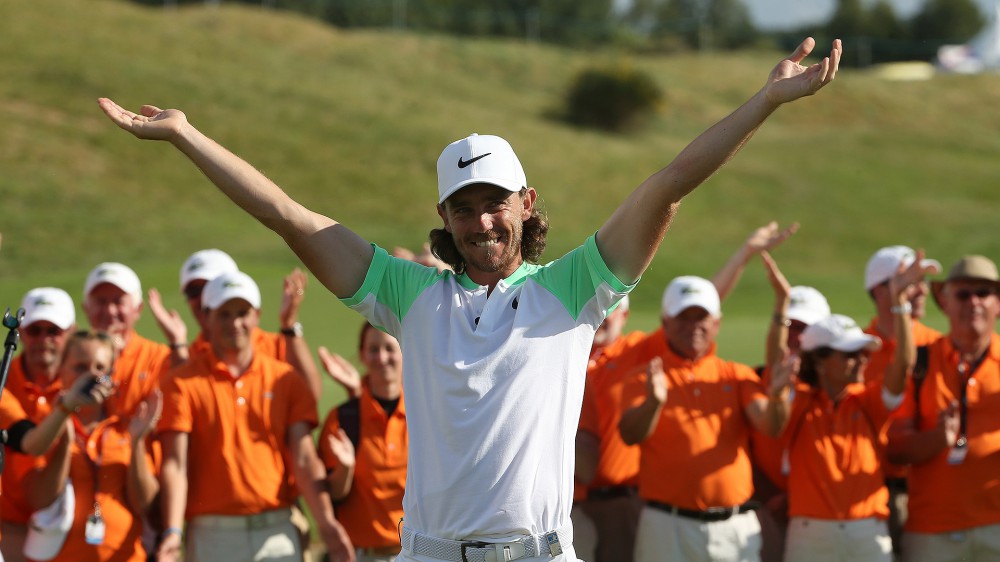 The momentum continues to build for Tommy Fleetwood heading into a major championship that will be played in his backyard.

Fleetwood closed with a bogey-free 66 to win the HNA French Open Sunday, his second European Tour victory of the year. The Englishman was also runner-up at the WGC-Mexico Championship and fourth at the U.S. Open, and after starting the year ranked No. 99 he is now up another six spots to No. 15 in the latest Official World Golf Rankings.

The man Fleetwood beat in Paris, Peter Uihlein, jumped 71 spots to No. 91 in the world with his runner-up finish while Thorbjorn Olesen rose 12 spots to No. 78 after a T-3 finish.

Kyle Stanley and Charles Howell III both made big moves after meeting in a playoff at the Quicken Loans National. Stanley earned his first PGA Tour win since 2012 and is now up 36 spots to No. 58, while Howell’s runner-up performance propelled him 15 spots to No. 55.

The only change among the top 10 came at No. 5, as Sergio Garcia jumped past Jason Day. It marks the first time Day has been outside the OWGR top 5 since his win at the 2015 RBC Canadian Open.

Dustin Johnson maintains his grip on the top spot for another week, followed by Hideki Matsuyama, Jordan Spieth, Rory McIlroy, Garcia and Day. Henrik Stenson sits at No. 7, while Alex Noren, Rickie Fowler and Brooks Koepka round out the top 10.

Still idle as he recovers from back surgery, Tiger Woods dropped 13 more spots to No. 970 in the world.