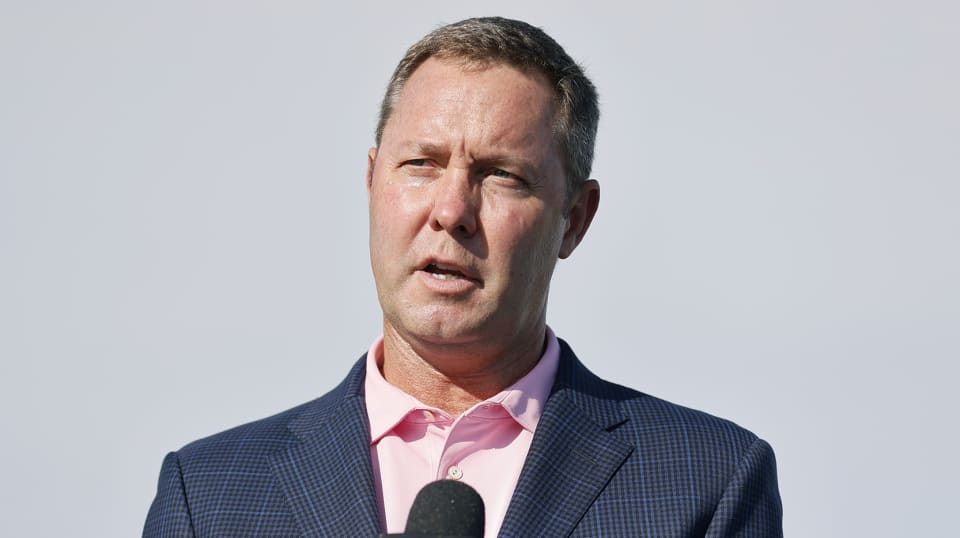 Mike Whan spent 11 years rebuilding the LPGA Tour to be strong enough to survive a pandemic. His next job is to keep the USGA at the forefront of golf in rapidly changing times.

The USGA announced Wednesday it has hired Whan as its next CEO, making him the eighth top executive in its 127-year history.

USGA President Stu Francis said the ruling body of golf in America wanted a leader who was well-versed in golf and loved the game, along with someone with a business perspective that “allowed you to think about where is golf is going, where is the USGA going and how do we position ourselves the best?”

“We kept coming back to the perfect person as Mike Whan,” he said.

Whan announced in January that he was leaving as LPGA commissioner. It was a surprising decision coming off a year in which the LPGA Tour, without guaranteed TV contracts, shut down for nearly five months and managed to play 16 tournaments and four majors. That was followed by a 34-tournament schedule this year with record prize money.

He replaces Mike Davis, who is leaving this year to start a golf architecture firm. Whan is expected to start his new job sometime this summer.

Whan, 56, began his career in marketing for Proctor & Gamble before leaving for management jobs at Wilson Golf and then TaylorMade. After eight years as CEO of equipment company Mission Hockey, he was hired as commissioner of an LPGA Tour that was losing tournaments.

“I love this game, I love this country and I love the process of getting better,” Whan said. “The USGA gives me an opportunity to do all three and leave a real mark. It’s a chance to make a real difference in a sport that’s made a difference in my life.”

The hiring showed a change in what the USGA is looking for in its leadership.

Its top executives have been deeply entrenched in the heritage, history and the rules of the game. Davis has been with the USGA for just over 30 years and set up the courses for U.S. Opens. Before him was David Fay, who spent 32 years at the USGA and interpreted rules during U.S. Open broadcasts.

Whan brings a dynamic style, with a history of caring more about collaboration than control without ever professing to have all the answers.

“If you put yourself in a situation where you’re not the smartest person in the room, listening is all you’ve got,” he said. “There’s not any specific USGA topic where somebody will go, ‘Mike Whan, he’s the expert in that.’ I’m going to have to listen and figure out how to lead from the other side of it.

“I’ll walk into this thing with just enough love of the game and history of the game to feel I can be a perfect ingredient mixed in to what’s already a pretty good stew.”

From a tournament perspective, Francis mentioned how much habits have changed in viewing and buying tickets. The professionals from both the men’s and women’s tours have a louder voice. Away from championship golf, the USGA is studying the impact of distance and technology on the game, along with the reduction in water and the cost of land for golf courses.

“We need a group of skills that in our view allows us to keep the USGA in a position where it’s leading the game, but also to be in a position to think where are things going in the next decade,” Francis said. “We felt like we needed somebody who could think about all those things.”

Whan knew his work at the LPGA Tour was close to the end at about the same time Davis, whom he considers a close friend, began contemplating his departure from the USGA. This was toward the end of 2019. A year later, Davis announced his departure and Whan began a conversation with the USGA that led to his hiring.

Among the issues he will face is the “Distance Insights Project,” in which the USGA and R&A have determined that ever-increasing distance is not good for the game. That puts the governing bodies at odds with equipment manufacturers, and even some tour players who are opposed to scaling back.

Rory McIlroy referred to the project as a waste of time and money and said the USGA and R&A should concentrate on getting more people into the game.

Whan brings six years of experience at equipment companies, along with 11 years as LPGA commissioner.

“I feel comfortable with the people we’re going to need to get engaged with, whether they’re tour commissioners, CEOs of equipment companies and the like,” he said. “Whatever criteria we establish on the distance front, we’ll want engineers to wake up the next day and start figuring out how to get the most out of the new criteria.