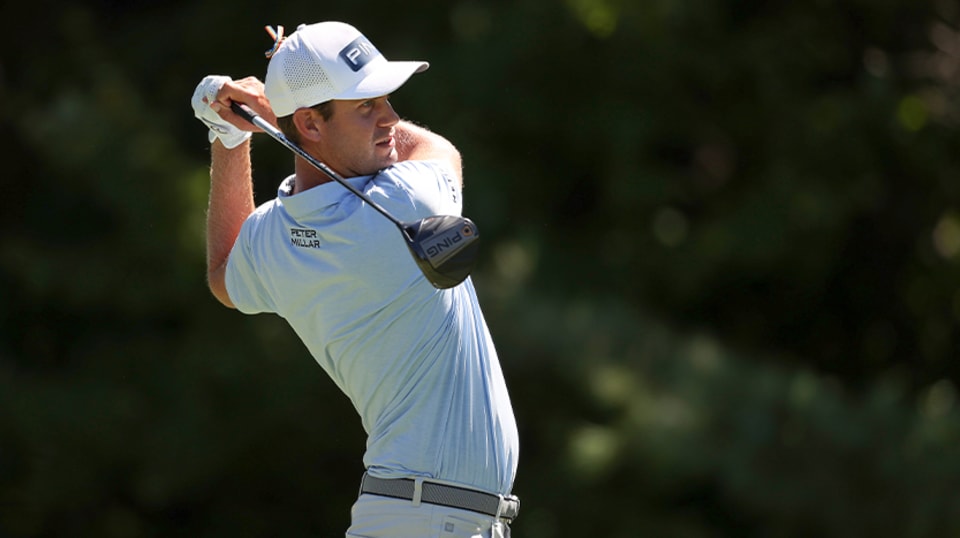 NORTON, Mass. – Harris English made the difficult look easy Thursday in THE NORTHERN TRUST, just like he has done all year to even reach this position in the PGA TOUR’s FedExCup Playoffs.

Facing the tough stretch at TPC Boston in the middle of his round, English hit 5-iron on the 11th and 12th holes, both of them to about 8 feet for birdies. He followed with two long birdie putts to run his streak to four, and finished at 7-under 64.

By the end of the opening round, English shared the lead with Kevin Streelman, Cameron Davis of Australia and Russell Henley, who finished with a tap-in eagle.

Good starts were important to so many in the FedExCup Playoffs, which are as much about advancing as avoiding elimination. The top 70 from the 122-man field (three players have withdrawn) move on to next week BMW Championship. The goal then is to reach the top 30 for the TOUR Championship.

RELATED: Full leaderboard | English fulfilling his promise after difficult years | Woods finds success with putter back in the bag

Tiger Woods opened with a 68 with five birdies over his last 10 holes.

Of the top 11 players who were separated by one shot after the first round, five of them began the week outside the top 70, with Bubba Watson on the bubble at No. 66.

English doesn’t face that dilemma at the moment. His good start was 11 months ago when he began the season for the first time in his career without a full PGA TOUR card. That was due to a slump that had him chasing after a swing that wasn’t his own, leading to six lean years without winning.

He parlayed conditional status into five top 10s before the COVID-19 pandemic shut down golf for three months, and then he resumed his steady play to reach No. 27 in the FedExCup when the playoffs began.

Now he’s more interested in where he could be going instead of how far he has come.

“I’m not satisfied with just barely being inside the TOUR Championship,” he said. “I want to make a move up the ranks and have a chance at lifting the FedExCup, which we all think about the whole year. … It’s been a lot of work. But I feel like I’m ready for it to jump up and have a chance at winning some tournaments.”

Streelman made two early birdies and then holed out from 154 yards for eagle on the 15th hole. He had one of nine birdies on the 213-yard eighth hole to tie for the lead. Davis was at 8 under until a bogey on No. 8, his penultimate hole. He is at No. 102 in the FedExCup.

Among those at 65 were Louis Oosthuizen, Charley Hoffman and Scott Piercy, all well outside the top 70. Sebastian Munoz began his round with seven straight birdies to quickly tie for the lead, only to make double bogey on No. 9 and record only one birdie the rest of the way.

Oosthuizen is No. 99 in the FedExCup, while Hoffman is at No. 111 and Piercy at No. 119. Only the top 70 advance to next week at the BMW Championship, and they all likely need something around 15th place or better to move on.

Oosthuizen and his sweet swing barely made it to East Lake last year. Now he has work to do, and he brought a different style of playing knowing that.

“I need a good week to get to next week, and then I need an even better week to get to Atlanta,” he said. “It’s a little more attack in the game, a little bit more aggressive. I think by Sunday you’ll know exactly in what position you are, and it might be a case of going at pins that you might not normally do. But up until Sunday, I think I’m just going to play the normal game see where I’m at when I get there.”

Justin Thomas, the No. 1 seed, opened with a 68. Collin Morikawa, in his first start since winning the PGA Championship, twice made bogey on par 5s and had a 71, leaving him outside the cut line — rare territory for him — going into Friday.

Woods is at No. 49 and hopes to play four out of the next five weeks, taking him to East Lake and through the U.S. Open. He didn’t make a birdie until his ninth hole, but finished with the five birdies over the last 10 holes. Woods went back to his old putter — the one he has used for 14 of his 15 major championships. His bigger issue was getting it close enough to have reasonable birdie chances. Those came at the end.

Phil Mickelson, meanwhile, was in danger of missing the BMW Championship for the first time since the FedExCup began in 2007. He came in at No. 67 and opened with a 74.