CHARLOTTE, N.C. – Rickie Fowler attended the trophy ceremony at the 99th PGA Championship, but only as a spectator.

Fowler’s back-nine charge gave him a share of fifth place at 5 under, but he ended up three shots behind Justin Thomas at Quail Hollow Club. It’s yet another close call for a top-ranked player who must wait another eight months to get his next shot at major glory.

Fowler reeled off four straight birdies on Nos. 12-15 to get within two shots of the lead, and he closed with a 4-under 67 to tie the day’s lowest round. But his title aspirations were ultimately undone by a triple bogey in the opening round and a costly close to his third round, when he played the final three holes in 4 over to drop six shots off the lead.

“I knew I still had a shot out here today. I knew it was going to be tough,” Fowler said. “It was a little unfortunate yesterday, two 3-putts where I have been putting great all week, all year. And then 8-iron on 17 where we didn’t think water was in play, I don’t know if the breeze picked up a bit or what. So it’s not like we made a bad swing or anything.”

It’s another strong result in the majors for Fowler, who also contended into the weekend at the Masters and U.S. Open and described his year in the majors as “pretty good.” Fowler will turn 29 in December, and now with eight top-10 finishes in majors to his name, he remains confident that his time in the spotlight will soon come.

“I put myself in contention the first two. It wasn’t a great British, but not bad,” Fowler said. “To be here, play solid the first two days and put myself in contention, was really in the mix until those last three yesterday. Obviously I wasn’t out of it, but it was going to take a really good round today to give ourselves a chance. Nice coming off last year, made all the cuts. That’s a good step.” 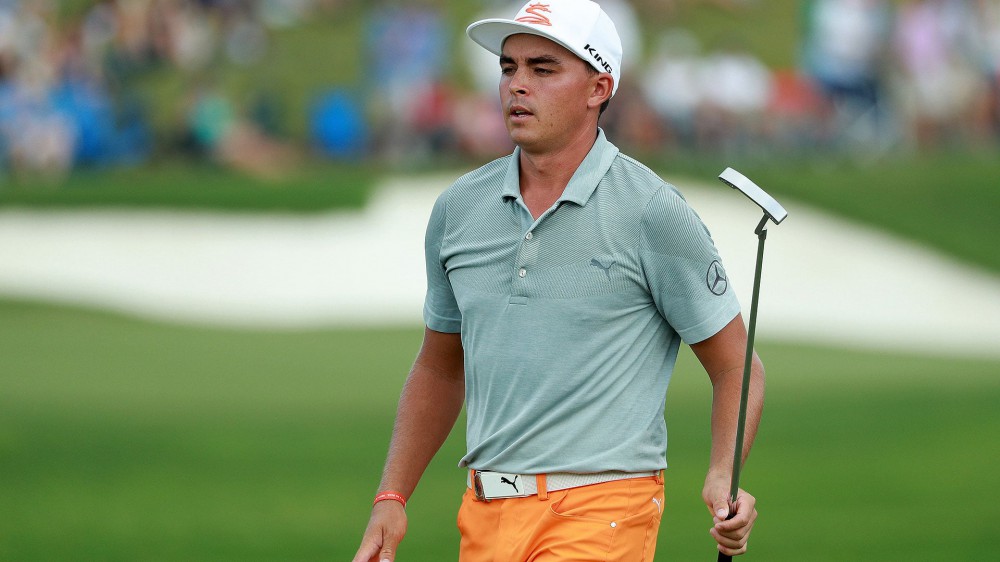