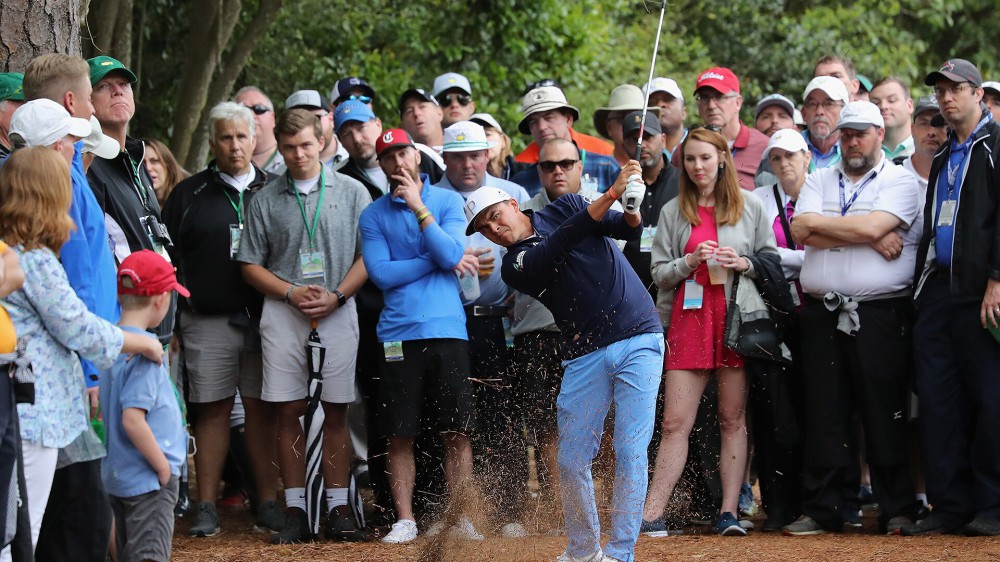 AUGUSTA, Ga. – Rickie Fowler put himself in position to wipe away last year’s final-round frustration at the Masters with a better memory.

He did so Saturday feeling as if he has never played better at Augusta National.

After a 7-under-par 65, Fowler will begin Sunday in solo third place, five shots behind Patrick Reed. It was Fowler’s best score in 29 Masters rounds. It was also his first bogey-free round here.

“I’m definitely playing this golf course the best I have, ever, as far as how comfortable I am, on each and every hole,” said Fowler, who is seeking to win his first major championship. “I think I’m hitting a lot more greens than I’ve ever hit here, and probably driving it the best I have here.”

Fowler entered the final round last year just one shot off the lead. He closed with a 76 and ended up tying for 11th.

What did Fowler learn that he may help him Sunday?

“Sticking to what we’ve been doing well all week, and not necessarily getting any more defensive, or aggressive, especially the front nine,” Fowler said. “Continue to stick with our game plan, and go through the process like we’ve been doing all week.

“I think the big thing is I’ll need to make some key putts, whether they are for birdie or pars, not to fall farther behind, and to really put ourselves in a position to go win this tournament.

“And that’s on the last nine holes.”

Fowler has seven top-five finishes in majors, with his best finishes a T-2 at the U.S. Open in 2014 and a T-2 at The Open that same year.