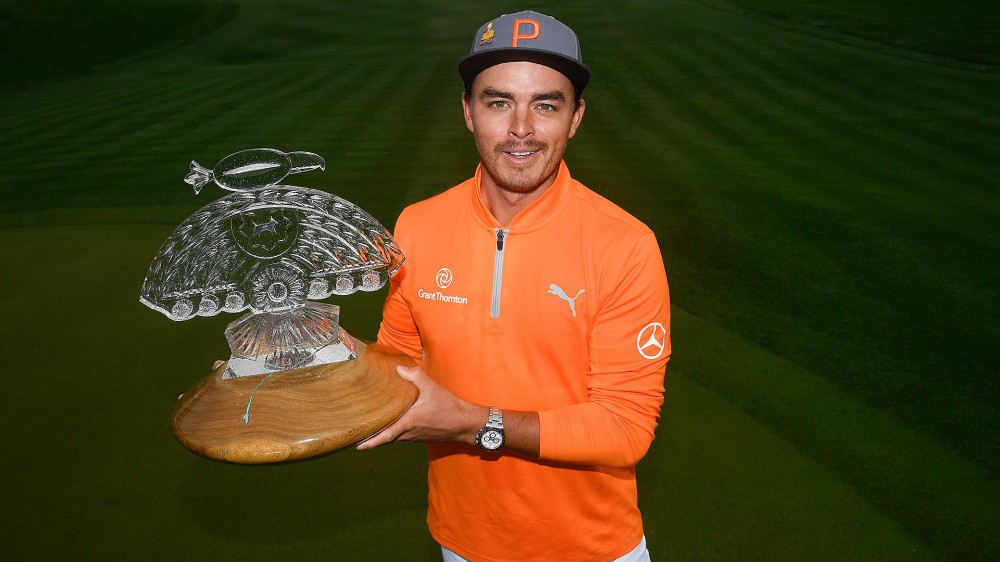 After finally capturing the one that always seemed to get away, Rickie Fowler returned to the top 10 in the latest installment of the Official World Golf Ranking.

Fowler had a number of close calls in recent years at the Waste Management Phoenix Open, including a playoff loss in 2016. But Sunday, despite closing with a wobbly 74, he edged Branden Grace by two shots for the title and moved up six spots to No. 8 in the world as a result.

Fowler is now just four spots behind his career high in the rankings, and this marks his highest standing since he was seventh in the world heading into The Open in July.

Dustin Johnson captured the inaugural Saudi International on the European Tour, but he remained at No. 3 despite the victory in a field that included four of the top five players in the world. Johnson now trails No. 2 Brooks Koepka by a thin margin, with Koepka’s 8.87 point average less than 0.1 points ahead of Johnson’s.

Other notable moves this week included Grace, whose runner-up finish bumped him from 53rd to 40th, and Haotong Li, who finished second behind Johnson in Saudi Arabia and is now up eight spots to No. 36. Bubba Watson (No. 16), Matt Kuchar (No. 20) and Gary Woodland (No. 22) all moved up at least two spots after top-10 finishes in Phoenix.

Despite missing the cut in Saudi Arabia, Justin Rose remains world No. 1 for another week followed by Koepka, Johnson, Justin Thomas and Bryson DeChambeau. Jon Rahm remains No. 6, with Xander Schauffele, Fowler, Rory McIlroy and Francesco Molinari rounding out the top 10.

Still one week away from returning to action at the Genesis Open, Tiger Woods fell one spot to No. 13 in the latest rankings.