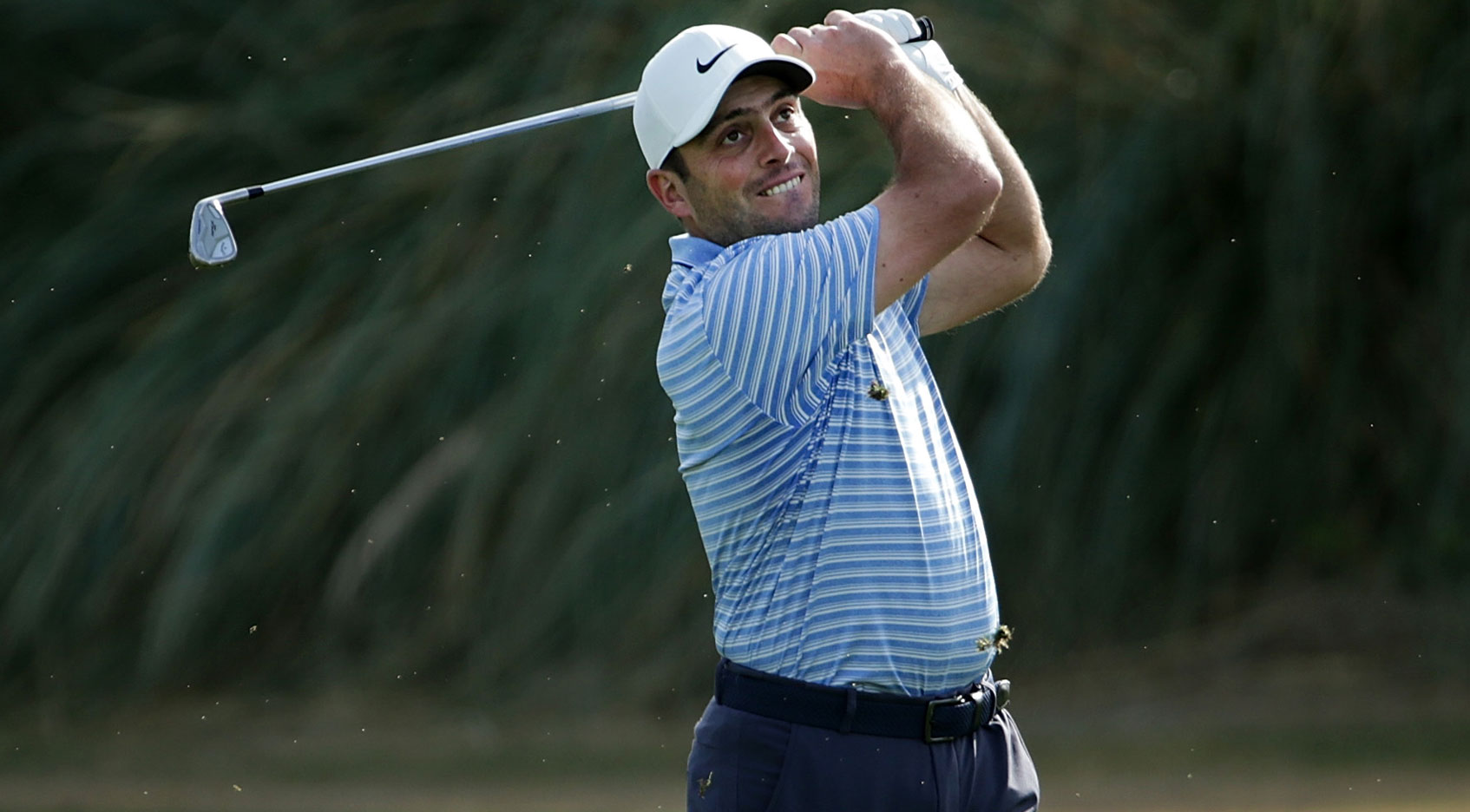 LAS VEGAS – Francesco Molinari is hoping his first round on the PGA TOUR in nearly seven months goes a little smoother than his first interview.

Molinari will make his long awaited return to golf at the Shriners Hospitals for Children Open in Las Vegas this week, his first hit out since THE PLAYERS Championship was cancelled after one round in March due to the COVID-19 pandemic.

The three-time TOUR winner is the last of the major players around the world to return to competitive golf and when he fronted the TOUR’s virtual interview room the Italian caught a proverbial frog in his throat right from the opening question. Thankfully it was nothing a quick drink of water and reset couldn’t fix.

While the 37-year-old’s concern for the global health crisis was a factor in his absence, the main reason the Italian has been off the golf grid so long is a cross Atlantic move from London to Los Angeles. Molinari and his wife and two children have made a permanent shift and the former Open Champion insisted he be a dedicated part of the monumental move.

“Obviously feels great after such a long layoff to be back. I didn’t think at THE PLAYERS that it will be so long to get back. I’m just very happy to be here,” he said.

“I just decided to take some time off to work out a few things with the family. Obviously we moved over here to California during this time, so, yeah, it’s been different. Not something I thought I would do in my career, but in a way it was nice to take a break and stay away for a bit. I definitely feel refreshed and looking forward to being back playing golf.”

The Molinari’s first moved to San Francisco in July and were in fact in the city during the PGA Championship but Molinari declined to play as they continued to try to lockdown a new residence. While Collin Morikawa was making history, Molinari and his kids were at the zoo. Since then they’ve found a place to call home in Southern California.

“It’s worth a shot. I want to try and achieve as many things as possible in let’s say the second part of my career,” Molinari said of the motivations for the move which will allow him to play more on the PGA TOUR while still being close to his loved ones.

“My wife is supportive of that, and obviously she’s probably the one I guess in the toughest spot because she’s even further away from her family and friends. I’m going to try to make the most of it obviously, and hopefully we can settle in California and be there for a long time.”

At the end of the 2018 FedExCup season Molinari sat fifth in the world rankings and went on to become the first European to produce a 5-0 record in a Ryder Cup as Europe beat the U.S. in Paris. He’d claimed the Quicken Loans National as well as the Claret Jug at Carnoustie that summer. In 2019 Molinari took out the Arnold Palmer Invitational Presented by Mastercard and was third at the World Golf Championships – Dell Technologies Match Play sending him to the Masters as one of the hot favorites.

For three and a half days he played like it before a mistake on Sunday paved the way for a Tiger Woods win and the end of the golden run Molinari had been on. A double bogey on the par-3 12th on Sunday stripped him of a two-shot lead and he ended up tied fifth. Not a single top-10 has followed and when the break was enforced he had dropped to 28th in the world.

Now he’s fallen to 73rd thanks to the lengthy layoff but returns to a course in TPC Summerlin where he finished T4 in the 2016-17 season. He expects to get closer to his peak performance by January 2021.

“My expectations for this week, to be honest, are quite low. I haven’t played that much golf really in the last few months, so we’ll see what happens here,” Molinari said cautiously.

“I’ve been playing probably as little golf as ever in my life … Mentally I’m definitely in a very different spot than I was in February or March. I wasn’t in a great place with my game back then and I was low in confidence … but it was probably in a way a good time for me to take a step away from the game.

“I’m more motivated now than I was back then before the break. I’m nowhere near where I want to be long-term physically and technically and mentally, but there is time. There is no rush. It’s going to be a long process. It’s going to be kind of a grind to get back. I know it’s not going to be that easy. But I’m ready for the challenge.”