PALM HARBOR, Fla. – Jim Furyk has a scheduling problem on his hands, and it’s one that he hopes only gets more complicated as the season progresses.

The former Ryder Cup captain started this season with only conditional PGA Tour status and hoped to sneak his way into 18-20 events. But he got off to a strong start in the fall, then nabbed a T-9 finish at the Honda Classic that, unbeknownst to him at the time, was enough to earn him a spot in last week’s Players Championship.

What followed was a stirring performance in his hometown event, as a 72nd-hole birdie gave Furyk sole possession of second place. That brought with it a seven-figure paycheck along with a hefty jump in the Official World Golf Ranking, with Furyk moving from 167th to 57th this week. The 2010 Valspar champ was always going to return this week to Innisbrook, which he lists among his five favorite Tour courses.

But his newfound ranking means an unexpected trip next week to the WGC-Dell Technologies Match Play, and he’ll now qualify for the PGA Championship shortly after turning 49 in May. It’s caused Furyk to do some sudden re-evaluation of his calendar following his overnight status upgrade.

“I guess I took an extra day to kind of take a deep breath and exhale, and try to figure out my schedule a little bit,” Furyk said. “There’s a number of different things, doors that could be opened.”

There are two specific doors that Furyk has his eye on. First would be the Masters, which he has played just once in the last three years. Furyk would need to be inside the top 50 in the world rankings on April 1 to qualify, leaving him with this week’s event and next week’s stop in Austin to move up seven spots.

The other would be the U.S. Open, which Furyk won in 2003. But that granted him only a 10-year exemption, and he would likely need to remain inside the top 60 in the world when the cutoff is made in May to avoid sectional qualifying as he looks to continue a streak of consecutive starts that dates back to 1996.

“I would love to go back to Augusta and play. It’s always on your mind,” Furyk said. “The trap to that is trying to figure out, all right, how many FedExCup points would I have to earn, or how many world ranking points would I have to earn, what’s going to get me into the top 50, what place would I have to finish. Doing those things a lot of times is counterproductive to playing well because you start worrying about the outcome, you start worrying about the finishes, rather than being efficient and productive and going out there and playing good golf.” 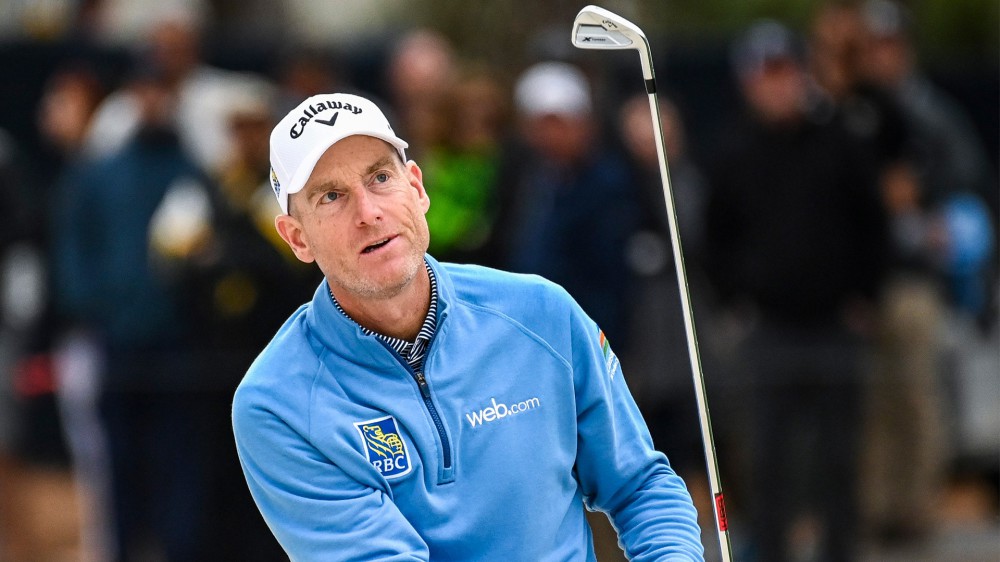 Woods asked about relationship with Trump

Tyrrell Hatton leads by one at THE CJ CUP @ SHADOW CREEK