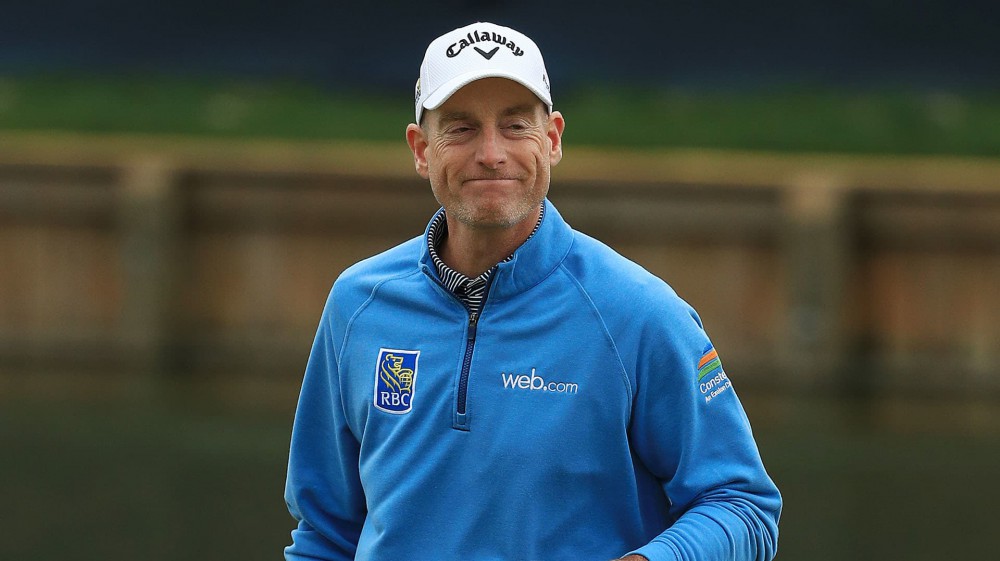 PONTE VEDRA BEACH, Fla. – Jim Furyk wasn’t even certain that he’d have a spot in the Players Championship until a week ago. But after a stirring performance that left him alone in second behind Rory McIlroy, the 48-year-old has snagged a spot in an upcoming WGC event – and now has a return to the Masters within reach.

Furyk tied for ninth two weeks ago at the Honda Classic, and then watched the Arnold Palmer Invitational to see whether his season-long FedExCup point haul would be enough to get him into his hometown event. He snuck into the 144-man field by a thin margin, meaning he had to cancel a trip to Orlando this weekend to watch his children play volleyball and lacrosse.

Furyk moved into contention with a second-round 64 and two days later took the clubhouse lead with a closing 67 that left him at 15 under. McIlroy eventually finished one better, leaving Furyk alone in second for his best finish on Tour since a runner-up at the 2016 U.S. Open.

“It was nice to get in contention and to get under the heat, to have to hit shots under a lot of pressure,” Furyk said. “Haven’t been in that position for a while.”

Furyk lost playing time over the last three years as he battled injury and handled a Ryder Cup captaincy. But his result at TPC Sawgrass earned him $1.35 million and sent him rocketing up the Official World Golf Ranking, from 167th all the way to 57th. That ascent proved timely, since this week was the cutoff for the 64-man field at the WGC-Dell Match Play Championship later this month.

Furyk is playing on conditional status this season, and he will now have a spot in the bracket in Austin. His newfound ranking also puts a return to Augusta National back on the table, since the top 50 in the world on April 1 will earn Masters invites.

Furyk has played the Masters just once in the last three years, missing the cut in 2017. But with his 49th birthday on the horizon, he insisted that his change in event eligibility won’t alter his plan to play 18 to 20 events this year.

“A finish like this probably gets me in Colonial, Memorial for sure. Almost got myself in the Masters,” Furyk said. “Might have just got me in the PGA Championship. So it’s going to change my schedule a little bit, maybe change where I play, but not the number of events.”