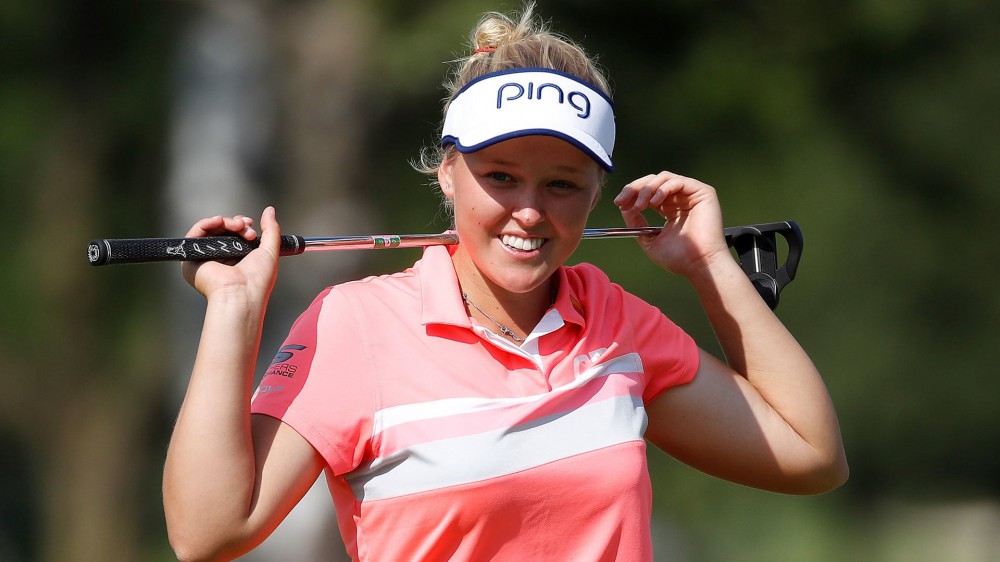 OLYMPIA FIELDS, Ill. – Brooke Henderson made a bold Sunday charge at the KPMG Women’s PGA Championship, but she came up just short in her bid to defend her title.

Three back at day’s start, Henderson closed with a pair of birdies, briefly tying Danielle Kang for the lead.

Henderson’s hopes for a victory were dashed when Kang also birdied the last at Olympia Fields Country Club.

Henderson carved a 3-wood from 236 yards to within 30 feet at the 18th hole, and she nearly eagled to close, but her putt stopped a half turn short of the hole.

“I left it one inch short, and that inch really cost me,” Henderson said.

Henderson cleaned up the birdie for a 6-under-par 66. She said she’s eager to see what she can do this summer, with two more majors over the next five weeks.

“There was a little bit more pressure coming into this week, knowing that I won last year, and I really wanted to do it again,” Henderson said. “I gave myself the best opportunity to do that, and, unfortunately, I just came up a little bit short.”