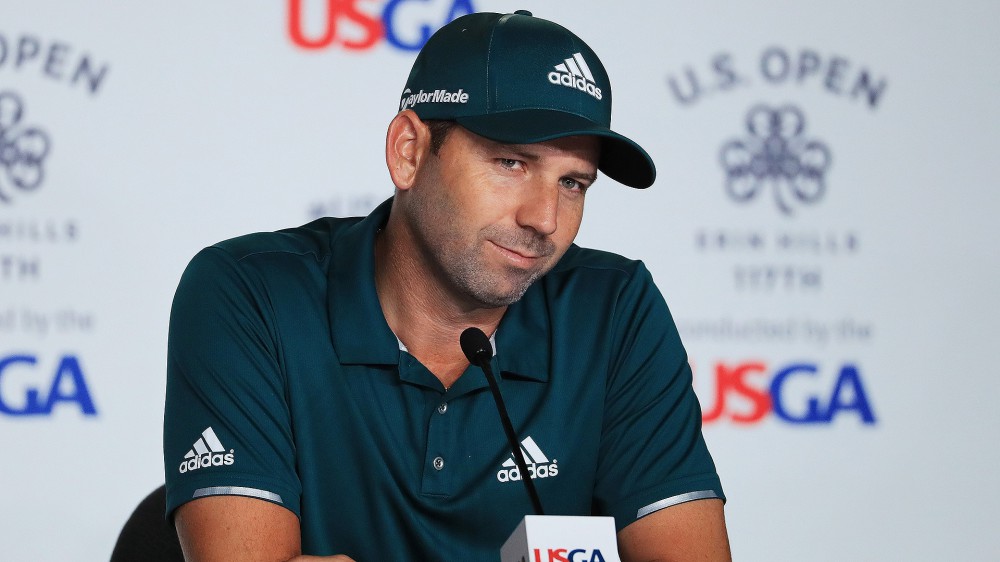 ERIN, Wis. – Two months after his watershed victory at the Masters, Sergio Garcia is still basking in the title of “major champion.” But rather than rest on his laurels, he’d like to add to his accolades this week at the U.S. Open.

Garcia will tee it up in hopes of emulating Tiger Woods (2002) and Jordan Spieth (2015), the only men in the last 44 years to win the first two majors in a single calendar year. Garcia’s U.S. Open record features five top-10 finishes in 17 starts, including a T-3 finish at Pinehurst in 2005 and a T-5 finish last year at Oakmont.

Although he is still adjusting to life with a 1-for-74 record in majors rather than 0-for-73, he hopes to employ at Erin Hills a similar mindset to the one that guided him to victory at Augusta National.

“I think that the pressure of trying to do well and give yourself a chance is the same,” Garcia said. “I guess inside of you there is a little spot where you’ve accomplished it already. But it doesn’t mean that if I play well and I have a chance on Sunday, it’s going to be easier. Every tournament is tough to win, and majors are even tougher.”

While several players in the field arrived days early to get a peek at a largely unknown venue, Garcia did not get to Wisconsin until Monday night. He planned to see the course for the first time during a Tuesday practice round, with 18 more holes to follow Wednesday.

Garcia may appear visibly lightened now that the burden of “best player without a major” has left his shoulders, but at age 37 he feels he still has plenty to prove before the final chapter on his career is written – and that effort begins this week.

“It’s easy to kind of take a deep breath and relax, but I’m still working out hard,” he said. “I’ve always said it, wins are important but to me consistency is the most important thing. And I’ve been fortunate to be consistent throughout my whole career. I want to keep being consistent, keep playing well, keep giving myself chances at winning majors and being in Ryder Cups and all those things.”