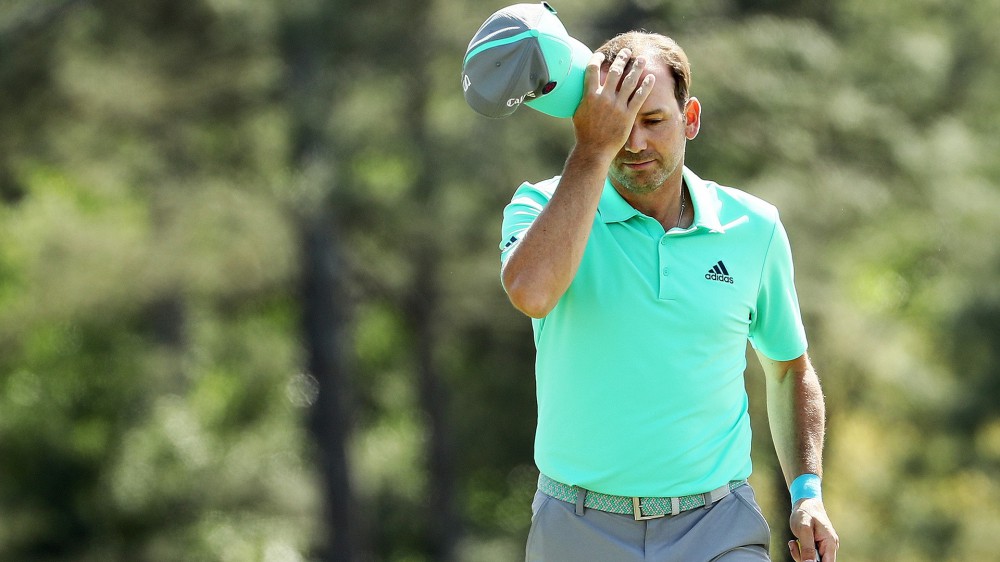 It wasn’t quite to the level of his watery meltdown earlier this month at the Masters, but Sergio Garcia still got frustrated during the second round of the Valero Texas Open – and his driver paid the price.

Garcia had a hand in redesigning the AT&T Oaks Course along with Greg Norman several years ago, but this marked his first return to TPC San Antonio since 2010. After an opening-round 74, Garcia arrived to the tee of the short par-4 fifth hole and decided to get aggressive with driver in hand.

When his shot sailed well left, a heated Garcia chucked the club deep into the bushes that lined the tee box:

Won't be needing this. pic.twitter.com/xbe9abvCjn

It took considerable effort for Garcia to find and retrieve the club amid the branches, and once he did things only got worse. He appeared to shank a chip once he got up to his ball, leading to a bogey on one of the easiest holes on a demanding track.

Garcia closed out his round with four straight pars, and at 2 over he eventually missed the cut by a shot. It marks the first time he has missed consecutive cuts on the PGA Tour since 2003, when he sat out the weekend at the AT&T Byron Nelson, Fort Worth Invitational and Memorial Tournament in successive weeks.

Garcia entered the week ranked No. 10 in the world, and he was the only top-20 player among the 156-man field. He missed the cut at the Masters in defense of his title after carding an octuple-bogey 13 on the 15th hole during the opening round.