LAS VEGAS – TPC Summerlin has yielded rounds of 60 and 61 to PGA Tour winners the last two years, but low scores will prove scarce as winds strengthen this weekend at the Shriners Hospitals for Children Open.

“I don’t think that’s out there today,” Graeme McDowell said after his second consecutive 70. “Sixty-five from Robert Garrigus, I think, is a hell of a score this morning.”

Winds are expected to gust around 20 miles per hour for the afternoon and to stay that way through the next two days on this largely open layout.

As McDowell mentioned, Garrigus was able to navigate the difficult conditions Friday en route to a 6-under 65 and the early second-round lead. He sandwiched eight birdies around his only mistake, a double bogey at the 18th, his ninth hole of the day.

The 39-year-old, whose lone win came at the now-defunct Children’s Miracle Network Hospitals Classic in 2010, credited the low round to a positive attitude and some advice from a worthwhile source.

“I always listened to [Fred Couples] when he told me, ‘When it’s breezy, swing easy.’ I do have the best job in the world for me. Playing for a living is a blessing, and the family loves me, so everything is good.”

As for what’s to come this afternoon and over the weekend, rounds of 65 might very well feel like 60.

“It’s going to get firm and it’s going to get nasty,” Garrigus said with a smile, before announcing his intent to settle down with a Pepsi in the clubhouse. “If it keeps gusting like it is, there’s going to be a lot of high numbers, and if somebody shoots under par, they’re going to go right up the leaderboard.” 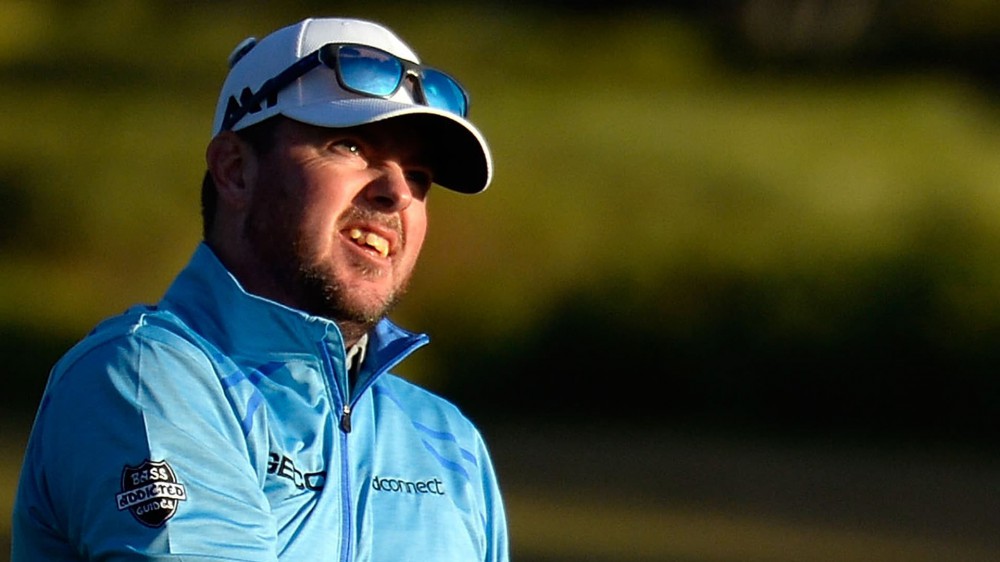 How to Hit Out of a Sand Trap?