WEST DES MOINES, Iowa – The Solheim Cup will get an extra dose of fireworks this year.

The first tee’s boisterous atmosphere, with its patriotic celebrations and creative chanting, will enjoy the added enhancement of playing as a drivable par 4.

At 306 yards on the scorecard, the first hole offers a risk-reward opening tee shot.

With water all along the left side of the hole, there’s risk going for the green, but there’s also a big reward for good tee shots.

“We are going to try to put some hole locations there to make something fun happen,” said LPGA official Dan Maselli. “You will probably see some eagles there, and you might even see a one there.”

The first tee shot at a Solheim Cup is always nerve-wracking for players, but now there is the added angst of making a big decision.

“It’s going to be reachable every day for the long hitters,” Maselli said. “It’s downhill, and it’s usually downwind.”

Will Lexi Thompson go for it every day?

“Depends on the format, depends on what your partner wants,” Thompson said.

“I didn’t come here to lay up,” Piller cracked.

That inspired Thompson, who was sitting next to Piller.

“There’s definitely a lot of strategy to it,” Stacy Lewis said. “In fourballs, you kind of let somebody go at it and have a safe one.”

“I’ll probably just go for it,” Reid said. “If you miss it, it’s quite an easy up and down, relatively.”

“If you miss it, it’s match play, you’re only going to be one down,” she said.

The entire course is set up to create match-play excitement. It’s a par 73 set up at 6,894 yards with five par 5s. The fairways will be generous, but there will be punishment in the rough.

“It is set up to make birdies,” Maselli said. “This isn’t a major championship. It’s a passionate competition. You want celebrations, fist pumps. That’s what the Solheim Cup is about.”

The Americans have a bunch of long hitters, but Europe isn’t a team of short hitters.

“It’s going to be a lot of fun to watch,” U.S. captain Juli Inkster said. “A lot of firepower out there.” 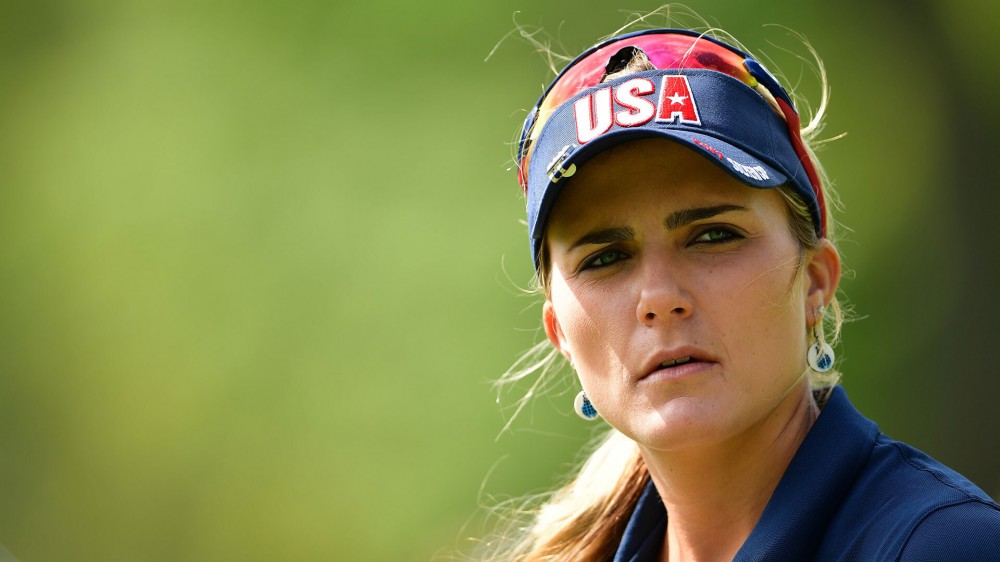