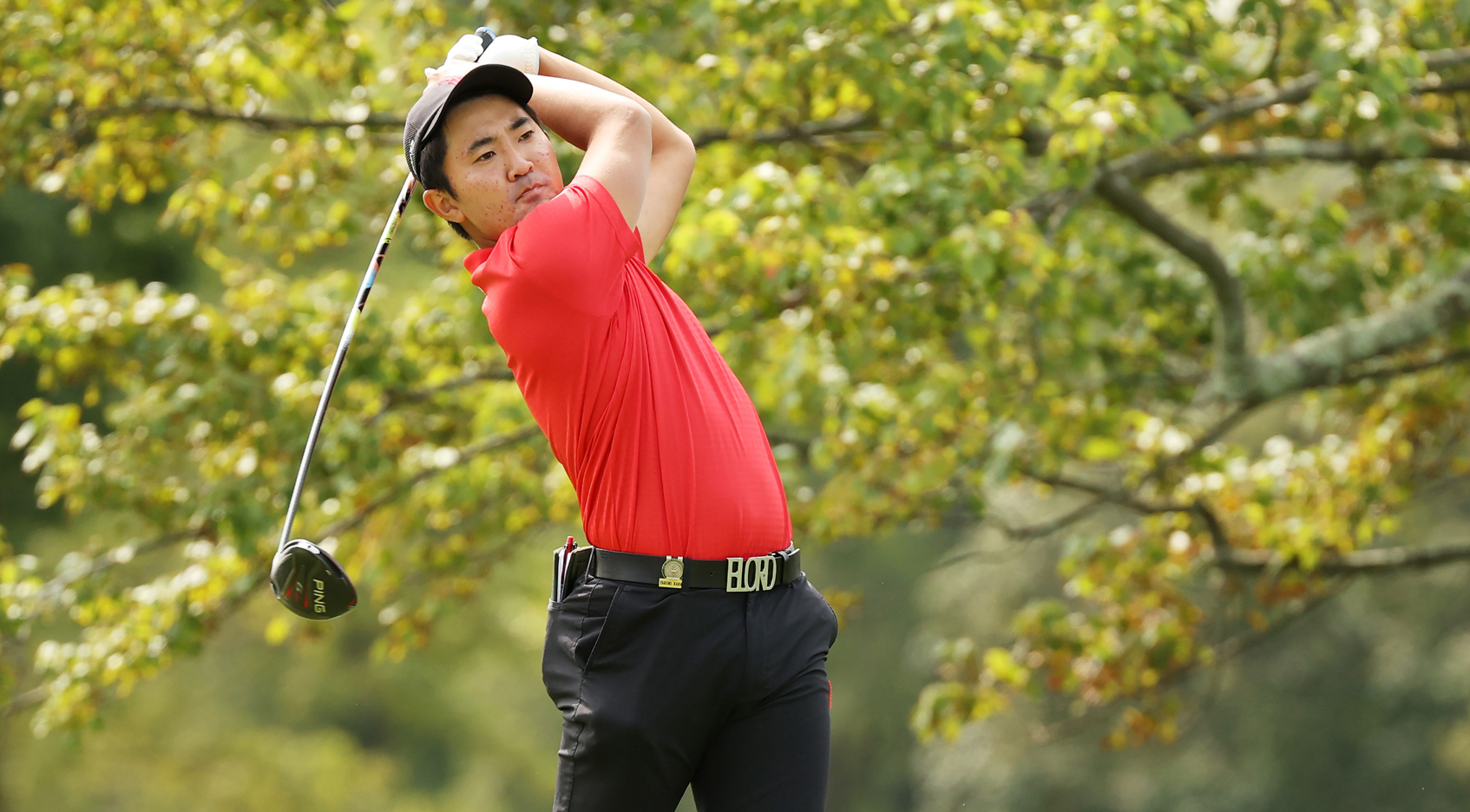 Japanese players have been part of the PGA TOUR fabric since as far back as 1929 and Kanaya is likely to be the next star from a proud golf nation.

RELATED: From Miyamoto to Matsuyama: A look at Japan’s PGA TOUR history

Now the progression continues with an emerging talent who recently turned professional and was seventh in his pro debut at last week’s Japan Open. Before turning pro, the 22-year-old was the winner of this year’s Mark H. McCormack Medal as the world’s top amateur. Past recipients of the award include Jon Rahm, Patrick Cantlay, Joaquin Niemann, Nick Taylor and Matthew Fitzpatrick.

Kanaya won the 2018 Asia-Pacific Amateur and made the cut in his Masters debut last year, including a third-round 68 at Augusta National. Including last week’s finish in Japan, he has finished in the top 10 in four of his last five starts on professional circuits. That includes a win on the Japan Tour while he was still an amateur and a third-place finish in the Australian Open.

This week, Kanaya is playing his first PGA TOUR event as a professional, the ZOZO CHAMPIONSHIP @ SHERWOOD. Get to know the rising star before he tees off in Southern California.

How did you get started and fall in love with the game? When did you realize it could be something to pursue as a career?

I began playing at the age of five having been influenced by my parents who love the game. I grew up watching Tiger Woods play and it was natural to be aspired. I played other sports such as baseball and basketball as I loved sports in general but golf was always at the center and I decided to pursue my career in golf at junior high school.

Who is your favorite player? And is there a player you tried to emulate or model your game after?

Tiger Woods and Matsuyama-san (Hideki) are my favorite players. I also look up to Adam Scott through his professionalism. I saw a junior clinic and attended his seminar when he played the Japan Open which was very informative. Also Adam tries to play the Australian Open each year and when I played it last year I really felt that the people in Australia love him. I’d like to do the same for the Japan Open, for my country and the golf fans in Japan.

You had a very impressive amateur career with highlights like winning the Asia Pacific Amateur, winning on the Japan Tour and getting to the top of the world rankings to win the McCormack medal. What has been the most pleasing achievement during your progression and why?

I’m proud of the Asia Pacific Amateur win which has given me a chance to play at Augusta National in the Masters and at the Open Championship. The experience through those big events gave me a confidence boost which led to my win at the Mitsui Sumitomo VISA Taiheiyo Masters and eventually winning the McCormack Medal.

What are your interests away from the golf course? If you weren’t a professional golfer what do you think you might do?

What has been the most challenging moment of your career so far?

When I graduated high school, I tried to turn professional and went through the JGTO Q-School. I failed miserably at the final stage which was a bitter experience. I took the lesson to heart. (and went to college instead).

You will make your PGA TOUR debut as a professional at the ZOZO Championship. How excited are you to test your game at this level? What are you hoping to get from this week?

First of all, I’d like to thank ZOZO and all the concerned parties for making the event happen under tough times and also giving me a chance to compete in such a prestigious event! I’m simply just excited to be able to compete against the world’s best. I have nothing to lose so I will try to play my best and see where I end up.

We hear your plan is to try to play on the European Tour as you begin your pro journey. Will we one day see you join the likes of Hideki Matsuyama as a regular on the PGA TOUR? What are your short and long term goals in golf?

Yes, my immediate goal is to try and secure the European Tour status. Mid-term (3-4 years), I’d like to try and win the Race to Dubai Point Rankings and climb up the world rankings to be eligible to play in some of the PGA TOUR events, majors and World Golf Championships via my world ranking.

Speaking of Hideki, has he or any other Japanese pro players been helpful in your career? How have they helped?

Matsuyama-san (Hideki) has been a mentor for me. He has given me important advice from his personal experience from competing on the PGA TOUR. I am very thankful for that.