RANCHO MIRAGE, Calif. – Kristen Gillman did her best to add more red, white and blue to the Louise Suggs Rolex Rookie of the Year race.

It’s notable given no American has won the award in 14 years, since Paula Creamer won it in 2005.

Gillman, the two-time U.S. Women’s Amateur champ and former University of Alabama standout, closed with a 6-under-par 66 Sunday at the ANA Inspiration, good for a tie for sixth.

With double points up for grabs in a major, Gillman looked poised to pick up a bunch of ground on points leader Jeongeun Lee6, who was struggling on the course behind her. Lee6, however, chipped in for eagle at the last to also finish T-6.

Though Gillman didn’t gain any ground on Lee6, she did move from fourth to second in the points race. Lee6 is now at 302 points, Gillman at 201. They both picked up 124 points with their finishes.

A South Korean has won Rookie of the Year the last four years, six of the last eight.

Gillman’s teammate at Alabama is in this race, too. Lauren Stephenson is fourth in the points race.

The finish marked Gillman’s first top-10 in an LPGA event.

Louise Suggs Rolex Rookie of the Year winners since 2005 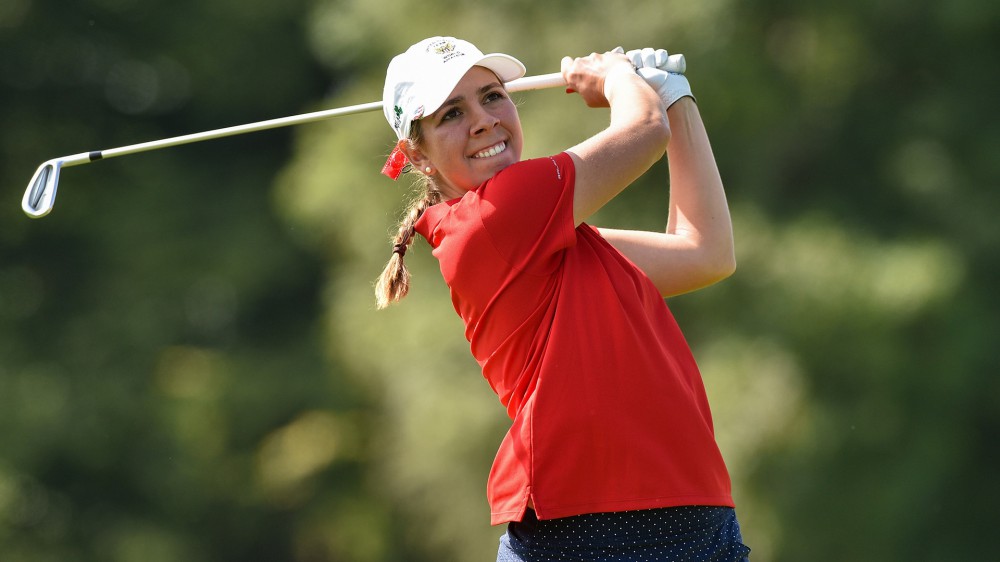 ‘Danny Noonan’ to caddie for Danny Balin at Winged Foot