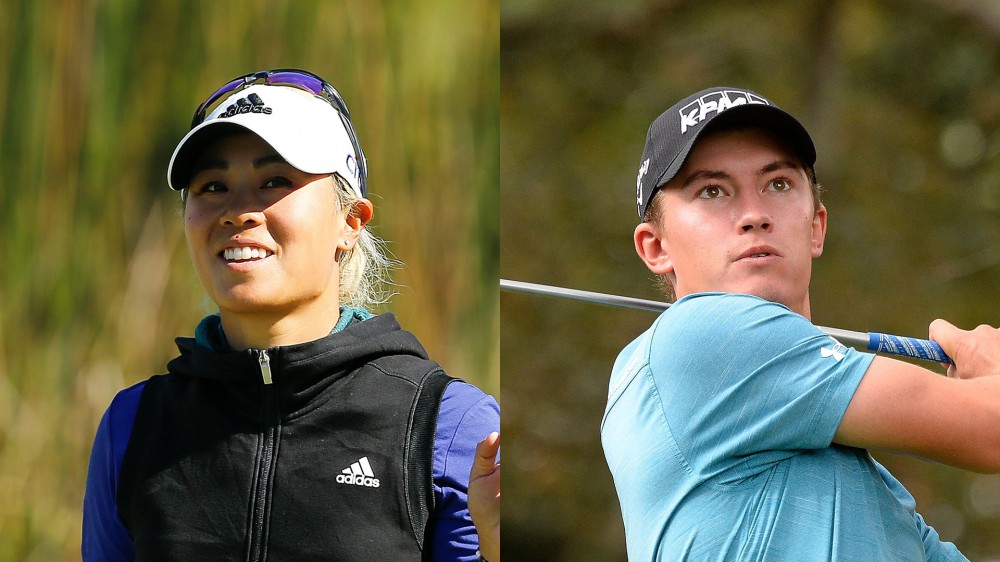 LAKE BUENA VISTA, Fla. – Danielle Kang watched Maverick McNealy with special interest when he was mic’d up on Golf Channel’s telecast of the Web.com Tour event in the Bahamas earlier this week.

Kang wasn’t sure whether to reveal McNealy is her boyfriend, but she couldn’t help herself.

“He’s a dork,” she cracked when asked to review his running dialogue on Golf Channel. “But he’s my dork.”

She was applying the Kang needle. Both she and McNealy live in Las Vegas. She said they met at a golf course there, The Summit Club.

“He’s a sweetheart,” Kang said. “I have so much respect for him and vice versa.”

So much so that Kang got country music stars Lee Brice and Cole Swindell to sing to McNealy in a selfie video she shot after playing with them Thursday in the first round of the Diamond Resorts Tournament of Champions at Tranquilo Golf Club. McNealy is a country music fan. The singers crooned Brice’s song, “I Don’t Dance.”

“It was awesome,” Kang said.

Kang isn’t a country music fan, but McNealy is trying to change that.

“He sends me a lot of cute songs,” Kang said.

McNealy introduced Kang to the songs of Brice and Swindell before she teed it up with them Thursday. He wanted her to know their music. She said she loved the grouping.

“Lee was singing while I was hitting,” Kang said. “He was singing `Rumor’ and `I Don’t Dance.’ I was trying to get Cole to sing, but he kept getting bright red and running away. I said,`It’s your job to sing, so get back here and sing.’ It was good.”

By the way, Kang opened with a 3-under 68, and is three shots off the lead.