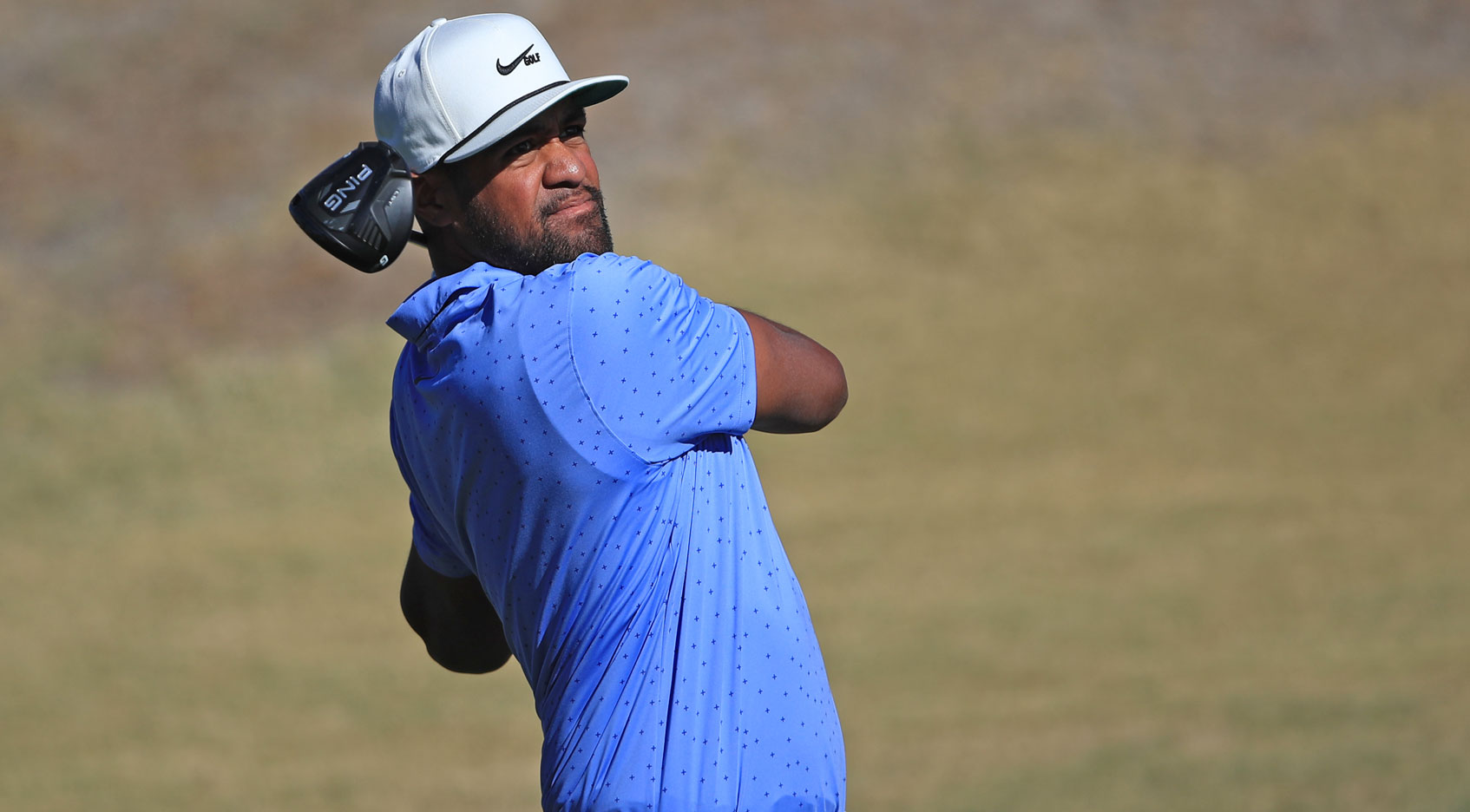 Four years into his mini-tour career, Finau arrived in the Palm Desert for a 2011 National Pro Golf Tour event, aiming to build confidence and self-belief.

He won the event, with the $21,000 winner’s check serving a multitude of uses.

“At the time, that was the most money I had ever made in a week’s work,” Finau recalled at The American Express this week, contested at PGA West’s Pete Dye Stadium and Nicklaus Tournament courses. “I gave a lot of it to my parents. I was able to take care of my Q-School entry fee that year, and just line up some tournaments from that.

“You live on a week-to-week, day-to-day basis in the mini-tour life, and that was able to really take care of me for the year.”

Finau opened The American Express with a 4-under 68 at the Pete Dye Stadium Course – the more demanding of the event’s two layouts – positioned inside the top-15 as he chases another title at PGA West.

The Utah native made six consecutive birdies around the turn Thursday (holes 7-12 at the Stadium Course), all six birdies coming from inside 10 feet. It matched the second-longest birdie streak of Finau’s career, behind seven straight in the second round of The American Express in 2015 (Nicklaus Tournament Course).

The father-of-four, now in his seventh TOUR season, has established himself as a frequent contender on TOUR leaderboards. He has finished no worse than No. 53 in the FedExCup in six full seasons, and has accrued 83-top 25 finishes, including a victory at the 2016 Puerto Rico Open. The highly-ranked ball-striker navigates TOUR venues with confidence and ease.

Earlier in his career, that swagger was hard to come by.

“It took seven years to continue to try and believe in myself, and convince myself that I was good enough to do it,” reflected Finau this week. “It wasn’t easy times. A lot of struggles, both financially and sometimes emotionally. But at the end of the road, I saw the light at the end of the tunnel, and here I am, entering my seventh year on the PGA TOUR.”

Finau turned professional in 2007, at age 17, and played a variety of mini-tours before securing his TOUR card via the 2014 Korn Ferry Tour Regular Season – including a victory at the Ellie Mae Classic at TPC Stonebrae, also in California.

The 31-year-old finished T14 at last year’s The American Express, propelled by a second-round 62.

He’ll take aim at a second TOUR title this weekend, on comfortable terrain at PGA West.

“I’ve got pretty good vibes out here,” Finau said. “Hopefully bring some of those winning vibes later this week.”