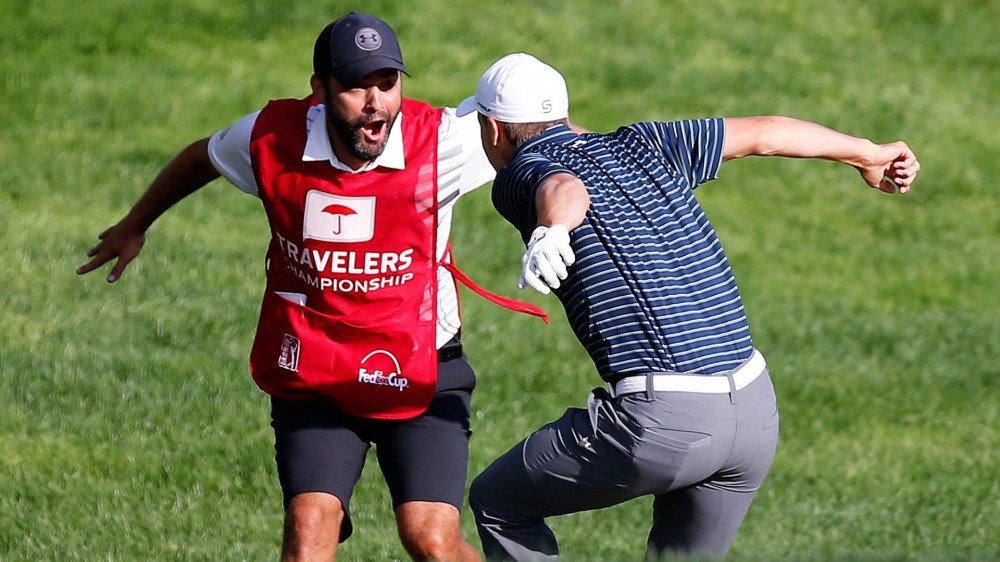 CROMWELL, Conn. – There’s a tradition that when a player wins a PGA Tour event, his caddie collects the flag, or flagstick, from the 72nd hole. On Sunday at the Travelers Championship Michael Greller had another idea.

On the 72nd hole, Spieth’s approach shot came up short of the green and found a bunker. His blast to 3 feet for par set up a playoff with Daniel Berger.

Moments later after clipping a tree with his drive on the first extra hole (No. 18), Spieth found the same bunker with his approach. But this time his recovery shot bounced once and dropped into the hole for a walk-off birdie.

Following the awards ceremony, Greller quietly collected the rake that he used on the 18th hole as a unique keepsake.

“It would look pretty cool in the man cave,” Greller said.

Nice touch for Spieth's caddie Michael Greller after his man won the Travelers Championship from a green side bunker. #Champion'sRake pic.twitter.com/IT1wsfLhZ0