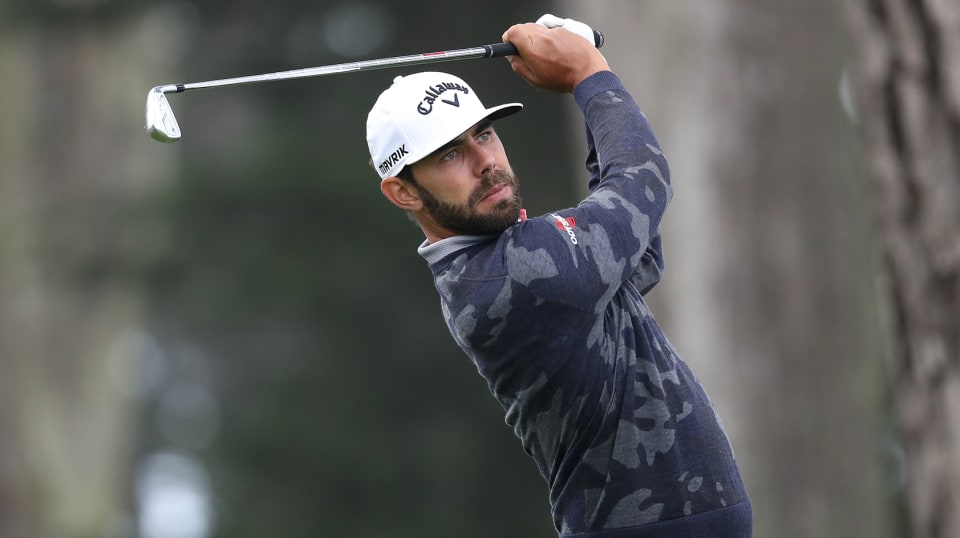 This year, though, van Rooyen has his sights firmly set on the Playoffs.

“All
of us are competitive and then sportsman, and we want to win every time
we tee it up – at least I do,” van Rooyen says. “But then the
longer-term goals are to get to East Lake next year and have a chance to
win the FedExCup, win my first PGA TOUR event and contend at the major
championships and obviously win them.”

The California wine region
where the Safeway Open is being played feels a lot like home to van
Rooyen, who grew up outside Cape Town. His grandfather was a golfer, and
his dad finally got a set of clubs when he was 38. Van Rooyen and his
brother Francois used to go to the range with him.

“When I turned
10, my dad bought a set for the two of us to share — my brother being
the oldest would carry the clubs,” van Rooyen recalls. “I’d hit it in
the right rough. He hit it in the left rough, and he’d be the one
running across the fairway with the bag on his back. So that’s kind of
how I got into it.”

South Africans are great sportsmen, and van
Rooyen was game for anything in season, rugby, cricket, track and field.
But when he turned 14 – about the same time he started playing the
guitar, actually — he told his parents that he wanted to focus on golf.

“It’s
your decision,” van Rooyen remembers his dad telling him. “But you
know, the number one rule is that if we do something, we do it flat out
and we do it with everything we’ve got, and we see how it goes. Because
there’s no guarantees in life.

“I don’t know what it was, but I
guess I just always had self-belief that when I put my mind to
something, I can be successful in it. Frankly, as a kid, I thought in my
dreams, I always thought I’d be here sooner. But I don’t have any
regrets about the journey that I’ve had up until this point.

“And for some reason I always knew that I’d be competing against the best in the world.”

That journey to the PGA TOUR has taken van Rooyen all over the globe.

He’s
won tournaments in South Africa and China on the Sunshine Tour. Last
year, van Rooyen picked up his first European Tour win at the
Scandinavian Invitation in Gothenburg, Sweden where he held off Matthew
Fitzpatrick and Henrik Stenson, among others.

“But when you’ve got to travel from Morocco
to China, back to London, it wears on you. So, it’s nice to have a base
here in the U.S. and an opportunity to, to play here.”

Van Rooyen
and his wife Rose have settled in Jupiter, Florida, where he spent the
early part of the COVID-19 quarantine hitting into a net in the living
room of his house and FaceTiming his coach who was back home in South
Africa. But the couple has had plenty of adventures overseas, like the
time they were befriended by a group of locals dining in an outdoor
restaurant outside their hotel in Kazakhstan.

“For some reason we
got chatting,” van Rooyen recalls. “They probably had a few too many and
were having a good time and they invited us over to the house to come
have a local Kazakhstan meal. And the meal would have included having
horse — like a horse steak.

“It was too weird. We didn’t end up
actually going to the house, but it was a strange offer because they was
so friendly and it’s hard to be like, sorry, I don’t want to eat your
local cuisine. It just doesn’t sound appealing to me. So, we played it
off pretty diplomatically, I think.”

Maybe someone in Napa will do the neighborly thing and offer them a glass of wine, instead.