While many of the game’s biggest stars are teeing it up this week in China, Bill Haas is in Mississippi trying to get things back on track.

The former FedExCup champ had never missed the postseason until this year, when a tumultuous season came to an abrupt end at the Wyndham Championship.

With only one top-10 finish in 25 starts, he finished 152nd in the season-long points race and failed to qualify for the 125-man Northern Trust.

Haas struggled with his swing throughout the year, and he missed time early in the season when he was a passenger in a fatal car accident prior to the Genesis Open. But speaking to reporters at the Sanderson Farms Championship, Haas explained that he has been having right knee issues that dated back to an ill-fated shootaround at home last year.

“Actually injured it in December last year playing basketball by myself in the driveway,” Haas said. “I thought I tore my ACL. Didn’t tear it fully. Just has a little, according to the doctor, like torn a little bit but not in half or whatever. So just not as strong.”

Haas had surgery on his meniscus following the Wyndham in August, and in his return to action at this month’s Safeway Open he promptly tied for 10th. That was the first of two starts he was afforded as a minor medical extension tied to the accident in February.

He’ll make the second and final start this week at an event he won back in 2010 when it was held at nearby Annandale Country Club. Haas would likely need a top-5 finish to secure enough points for full status, but even if he falls short he’ll have past champion status as well as a one-time exemption for being inside the top 50 of the Tour’s career money list that he could potentially use in 2020.

“I’ll get some starts and then hopefully ask for some sponsor starts and stuff like that to get in,” he said. “So I don’t think I’m going anywhere for at least another couple years. Just play better and earn my way. If I top-10 here I earn my way into Vegas, and just go from there.”

Down nearly 100 spots in the world rankings from where he began the year, Haas is eager to return to leaderboards on a regular basis – even though it may mean a little less time to work on his jump shot in the driveway.

“I still shoot a lot, but I was running and by myself and trying to get exercise like you’re supposed to,” Haas said. “Didn’t work out.” 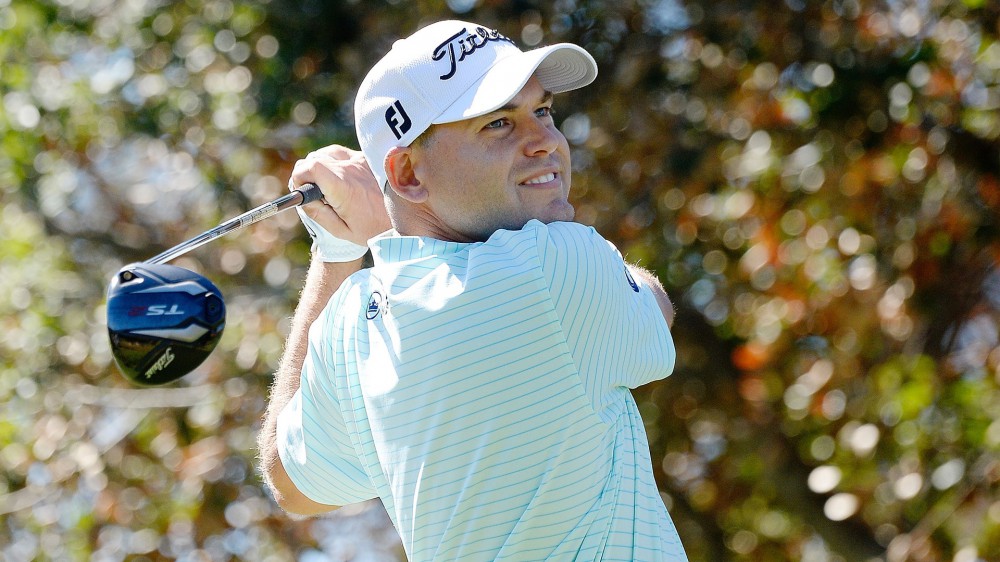