Chesson Hadley came close to shooting a 59 Friday, eventually coming in with a 61. If he was disappointed, he didn’t show it.

“It was a pretty magical round from start to finish,” he said after breaking the Silverado Resort and Spa course record.

Hadley, back on the PGA Tour after a stint on the Web.com Tour, shot 6-under 30 on his front nine, making an eagle, five birdies and a bogey. He got to 11 under on his round with birdies at the 11th and 13th through 16th holes. That left him needing to pick up two more strokes on the final two holes. His approach to the par-4 17th went through the green, and he chipped up close for a par. Needing an eagle on the par-5 18th hole for 59, he pulled his drive left and could do no better than par.

“We haven’t completely figured out a dollar amount yet,” Hadley said. “It’s mainly just to bring awareness to the immense tragedy that’s going on down there right now.

You know, I’ve seen some pictures and it’s just — there’s not much left. It’s really sad. So Puerto Rico, with me winning there, that’s what kind of put me on the map out here. It was my lone Tour victory, so certainly just want to do something to give back to someplace that’s been very good to me.” 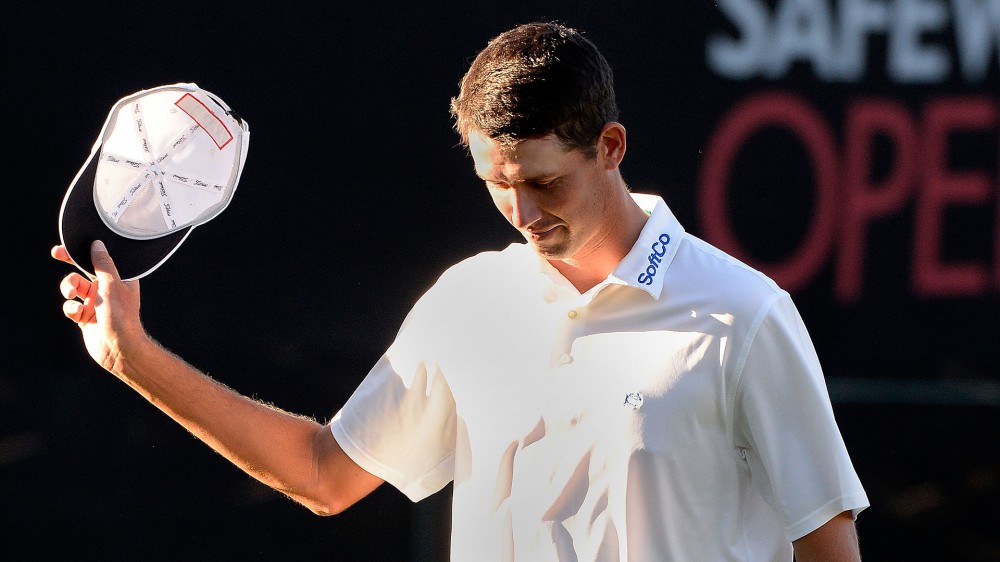 Despite business and family obligations, Kerr (70) has plenty left in the tank