Hall opened the event with a 5-over-par 77, leaving her tied for 133rd among the 166 players in the field. She shot a 69 Saturday at LPGA International’s Hills Course, moving her into a tie for fifth going into Sunday’s final round.

Japan’s Nasa Hataoka extended her third-round lead, posting a 69 on the Hills Course to get to 11 under overall, three shots better than South Africa’s Paua Reto (69) and Hong Kong’s Tiffany Chang (71).

Rebecca Artis, a two-time Ladies European Tour winner, is solo fourth after shooting 71. She is four shots back. Artis played for Australia in the International Crown last year.

Collegians Robynn Ree, Maria Torres and Maddie McCrary made moves to shed their amateur status and join the LPGA ranks.

Ree, a sophomore at USC, equaled the day’s low round with a 66 on the Jones course to move into a tie for eighth. She won the women’s individual title at the East Lake Cup last month.

Torres, who is vying to become the first player from Puerto Rico to make it to the LPGA, shot 70 and sits tied for ninth. A senior and five-time winner at the University of Florida, Torres was with family in Puerto Rico when Hurricane Maria slammed her homeland in September.

McCrary, a senior at Oklahoma State, shot 71 and also is tied for ninth.

The top 20 after Sunday’s conclusion of play qualify to claim tour cards, with players finishing 21st to 45th and ties qualifying for conditional status. Amateurs like Ree, Torres and McCrary have the option of turning pro after Sunday’s round to claim LPGA status. 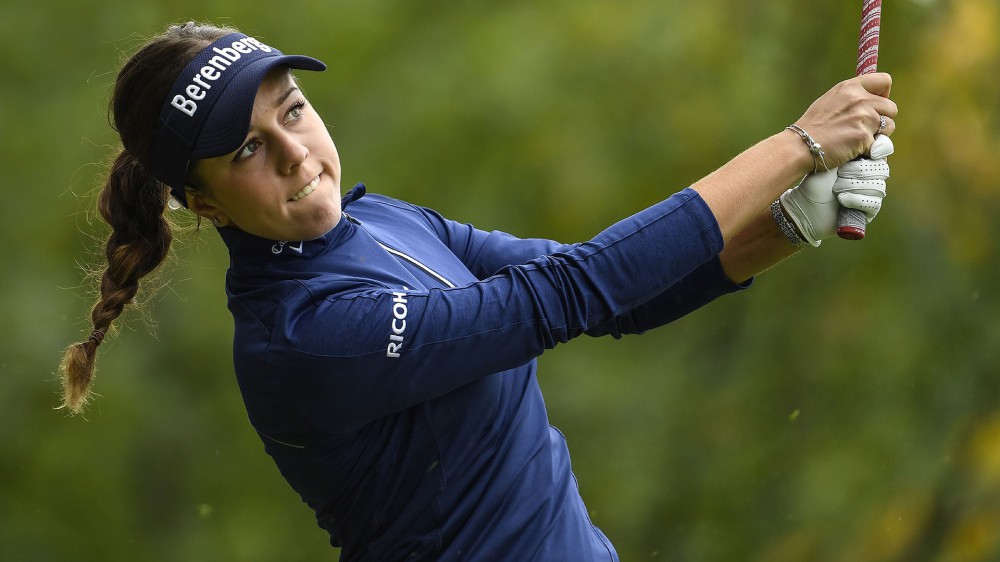