With Sunday’s victory at the Ricoh Women’s British Open, Georgia Hall soared higher in the Rolex Women’s World Rankings than any Englishwoman has ever gone.

She moved to No. 10 in the new rankings released this week, jumping 29 spots to become the first player from England to rank among the top 10 since the Rolex rankings were implemented in February of 2006.

While that may have been added reason to extend her victory celebration this week, Hall said there was no way she was going to back out of the inaugural European Golf Team Championships in Scotland.

That would be Dame Laura Davies, 54, the most decorated Englishwoman to play the game. Davies will be playing partner to Hall, 22, in Wednesday’s start of the unique team event, where the men and women will play for equal prize money as part of the larger multi-sport European Championships.

“When I heard I was to partner [with] Laura, I knew straight away we would be a good team,” Hall said.

The event will be played at Gleneagles’ PGA Centenary Course, which will be home to the Solheim Cup next year. The European Golf Team Championships are being played for the first time as part of the larger European Championships, where competition in aquatics, cycling, gymnastics, rowing and triathlon will also be staged. 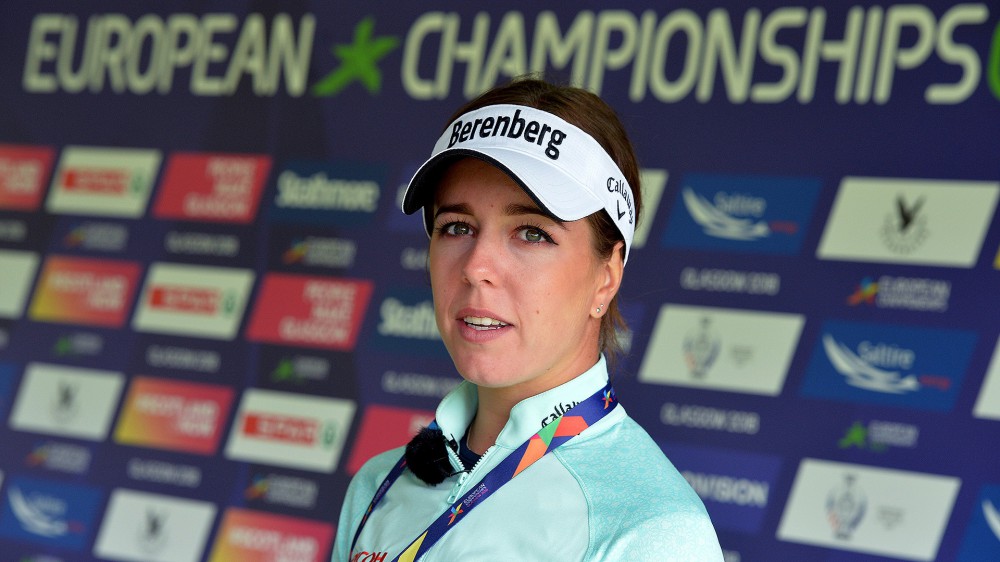